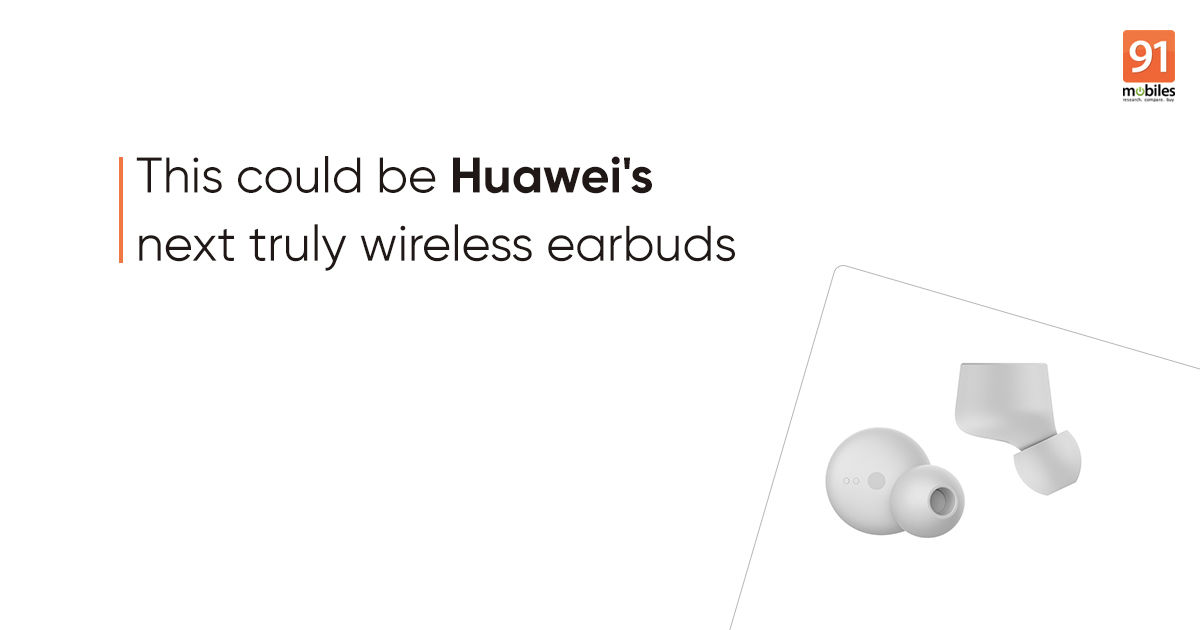 “Patent images suggest the Huawei truly wireless earbuds could have a touch sensor at the back to pause/ play music, take calls and more”

As the images suggest, the Huawei TWS earbuds will have a pod-shaped design much like the Samsung Galaxy Buds. We see markings on the inner side of the earbuds for what could be charging pins and a proximity sensor to detect when the earbuds are in your ear and when they are not. The Huawei earbuds will likely come with a small charging case similar to the Galaxy Buds. Apart from these details, bit much else is known about the truly wireless earbuds.

The flat rounded surface would be perfect for a touch sensor that can allow the user to change music tracks, pause and play songs, answer or dismiss calls and invoke an AI assistant, among other things. There is a microphone as well for calls and the silicone eartips would offer some amount of noise cancellation.

Huawei already offers the FreeBuds 3 TWS earphones that come with a stem design. It makes sense for the company to be working on a smaller pod-shaped earbuds, and it is possible these could launch alongside the Huawei P40 series on March 26th.

Separately, Huawei is gearing up to launch the FreeBuds 3 truly wireless earbuds in India soon. These were listed on Amazon recently along with a listing price of Rs 14,990. The earbuds feature a stem type design, similar to Apple AirPods and come with a circular charging case. The 30mAh battery on each earbud is claimed to last up to 4 hours on a single charge. They are powered by the Kirin A1 SoC for wearables and supports dual-mode Bluetooth 5.1 SoC and patented BT-UHD transmission protocol for 6.5Mbps transmission speed.