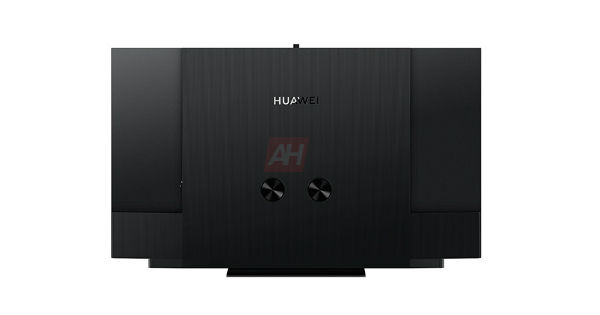 “Huawei fitness tracker’s promotional renders confirm the presence of heart rate and SpO2 sensors, and the USB connector for charging”

Huawei Mate 30 series is scheduled to go official on September 19th, i.e. tomorrow, and thanks to a series of leaks, we already know a good deal about the flagships. Now, ahead of the launch, complete details and promotional images of every device that is set to be announced at the event have surfaced online. The list, apart from the Mate 30 lineup, includes Watch GT 2, Huawei TV, and a fitness tracker. The smartwatch was in the news for some time and is said to come in four colours. As for the fitness tracker, the promotional renders confirm the presence of heart rate and SpO2 sensors, and a USB connector for charging.

The Huawei Watch GT 2 is expected to be available in two sizes: 42mm and 46mm. The former is likely to sport a 1.2-inch AMOLED display with 390 x 390 pixels resolution, while the latter flaunts a larger 1.39-inch AMOLED display. The Watch GT 2 42mm model measures 41.8 x 41.8 x 9.4mm, while the larger model measures 45.9 x 45.9 x 10.7mm. The Watch GT 2 42mm comes with a 20mm strap, while the larger 46mm is said to have a 22mm strap. The smaller variant won’t feature a microphone, and this means no LTE either. Both the versions are expected to be powered by the Kirin A1 chip, dual-mode Bluetooth 5.1 SoC, GPS, gyro sensor and geomagnetic sensor, air pressure sensor, and an optical heart rate sensor. It’s possible the watches are water-resistant up to 50 meters.

Huawei is also planning on unveiling a new fitness tracker, and while the exact name isn’t clear, it has codename ‘Andes’. The promotional renders show off the design from all angles. However, nothing has been revealed about the fitness band. Huawei’s Honor brand recently forayed into the consumer electronics with a TV, and now the parent company might be jumping the bandwagon. Huawei brand TV is expected to make an appearance at the event. It is likely to run on HarmonyOS. Promotional renders of the TV show how the TV would look like. The TV is said to be equipped with a pop-up camera. However, details regarding the display size, screen resolution and more are under wraps. 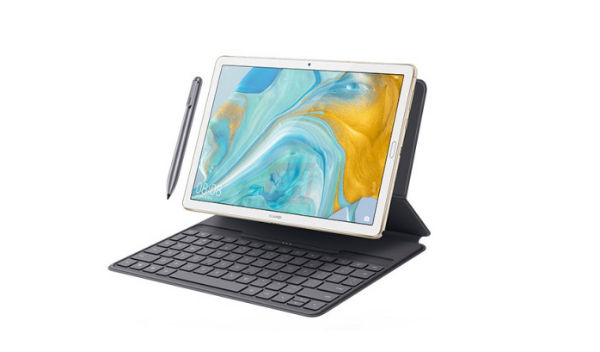 Lastly, Huawei might also introduce a new MediaPad M6 tablet to the global markets. The tablet was originally announced in China back in June. It should run on Android but without Google apps. The MediaPad M6 flaunts a 10.8-inch display, with stylus and keyboard attachment. Since the event is scheduled for tomorrow, we don’t have to wait much longer to know more details.