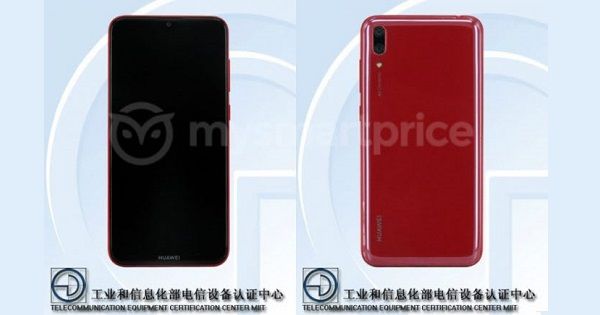 Chinese phone maker Huawei is known for offering pocket-friendly offerings through its Y-series. Earlier this year, the brand launch a couple of new Y-series smartphones including Huawei Y7 Prime (2018) and Y9 (2019). Recently, a new Y-series device with the model number DUB-LX3, which is rumoured to be the Y7 Prime (2018) was seen on the Federal Communications Commission (FCC) website. Now, the same smartphone has been spotted on the website of TENAA revealing key details and images. 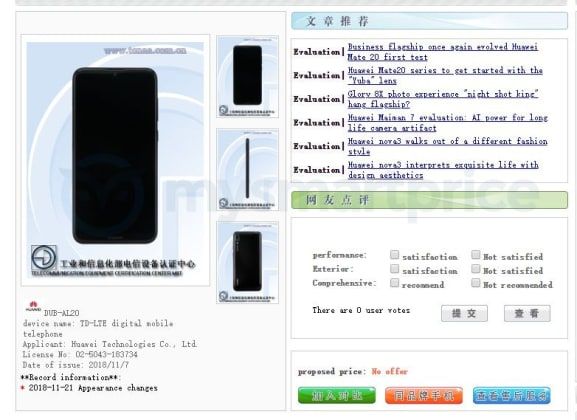 The TENAA listing has three devices with model numbers – DUB-AL20, DUB-TL00, and DUB-AL00, which are speculated to be variants of the Huawei Y7 Prime (2019). The listing has revealed the design and key specifications of the upcoming smartphone. In the image we can see a red Y7 Prime (2019) with glossy polycarbonate back panel with a dual camera module in the top left corner. The selfie camera is located in the centre on top, hinting that the display might come with a waterdrop notch. The Huawei branding on the chin also hints at the presence of a sizeable chin. 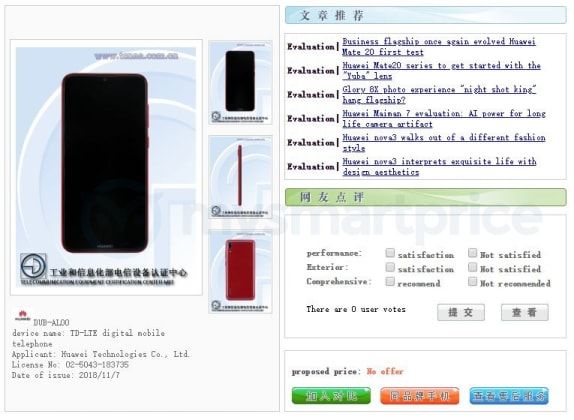 Coming to the spec sheet, according to the listing, the Y7 Prime (2019) will come with a 6.26-inch IPS display with 1,520 x 720 pixels screen resolution and a 19:9 aspect ratio. The processor has been listed as a 1.8GHz Octa-core chipset, which is speculated to be the Snapdragon 450 SoC. Further, DUB-AL00 and DUB-AL20 are seen with 3GB RAM + 32GB storage and 4GB RAM + 64GB storage configurations. The DUB-TL00 variant, on the other hand, appears to be a high-end model with 4GB RAM and 64GB storage. In the imaging department, the phone is expected to sport a 13MP + 2MP dual-camera setup at the rear and an 8MP selfie snapper on the front. The handset runs EMUI 8.0 based on Android 8.1 Oreo and runs on a 3,800mAh battery.