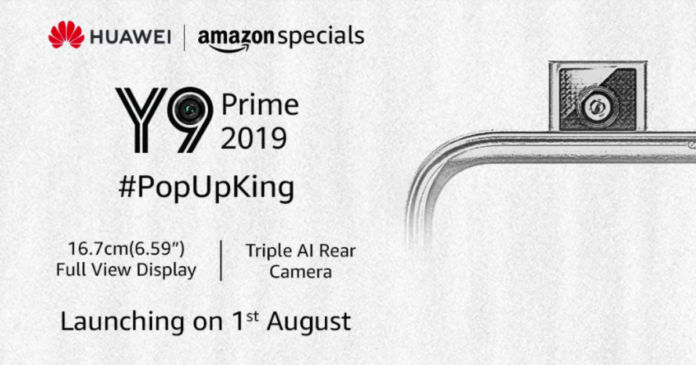 Huawei Y9 Prime 2019 India launch date has been confirmed as August 1st in a listing on Amazon India. The e-commerce giant has been teasing the handset in the country from the past few days. The phone was originally launched in May and is available in only a few countries till now. Huawei Y9 Prime 2019 arrived as the Chinese tech giant’s first smartphone with a pop-up selfie camera. The Huawei handset is a slightly upgraded variant of the Y9 2019, which was introduced in the country in January. The main highlights of the Huawei Y9 Prime 2019 is a full-screen bezel-less design, a triple rear camera setup, and a beefy battery.

The Huawei Y9 Prime 2019 features a 6.59-inch full HD+ display and boots Android 9 Pie out of the box. The phone is powered by a HiSilicon Kirin 710 processor, aided by 4GB of RAM. The handset comes in 64GB and 128GB storage variants. At the rear, the smartphone has a 16MP primary camera with an LED flash unit. There’s an 8MP ultra-wide-angle secondary lens, and a 2MP depth-sensing shooter. 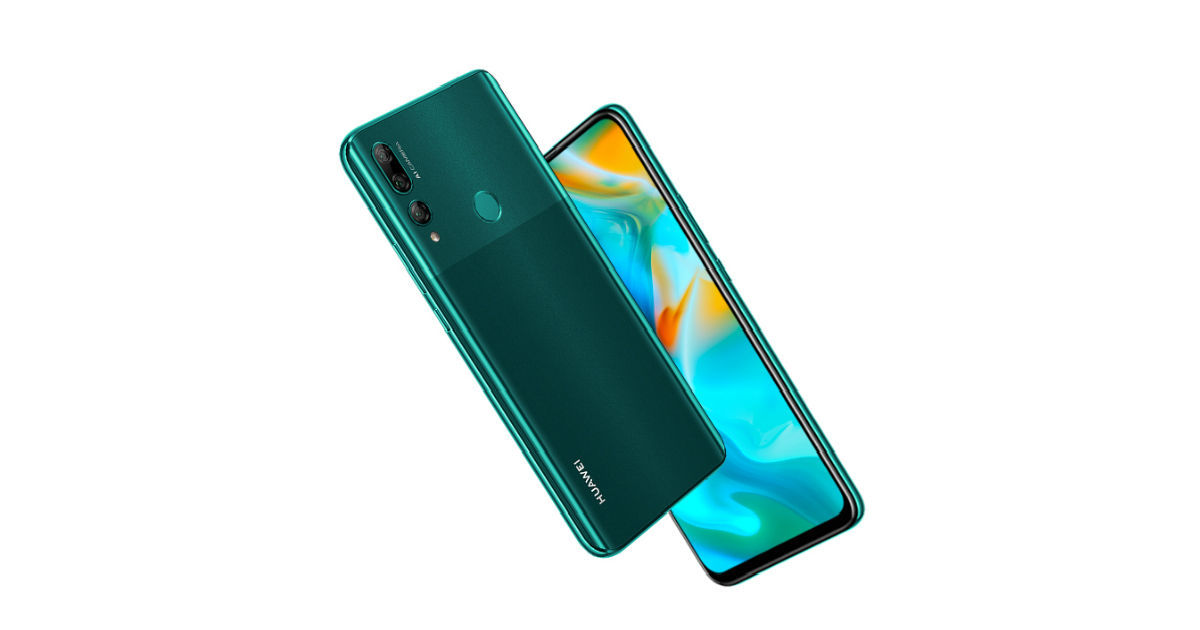 For selfies and video calls, Huawei Y9 Prime 2019 sports a 16MP pop-up selfie snapper that comes out of the top in the left side. The smartphone also has enhanced AI camera features. Its rear camera is capable of recognising 22 categories and 500+ scenes in the real-time. The connectivity options include 4G LTE, dual-SIM slots, Wi-Fi, Bluetooth 5.0, and A-GPS with GLONASS. A 4,000mAh battery completes the list of the specifications.

The Huawei Y9 Prime 2019 price for India is not available at the moment. In countries where it’s on sale, its pricing varies from roughly Rs 15,000 and Rs 17,000. We can expect it to be priced similarly in India. We’ll know for sure in the coming days, so stay tuned.