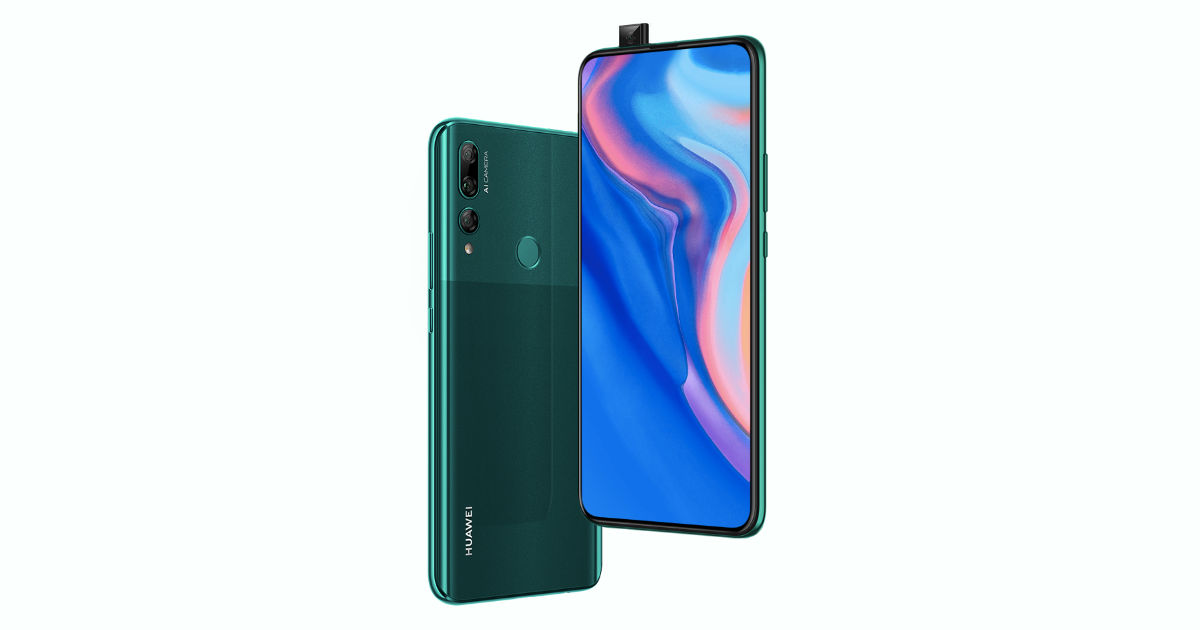 “The Huawei Y9 Prime 2019 is a mid-range offering with Kirin 710 SoC ticking at its core, triple rear cameras, and 6.59-inch Ultra FullView display”

The Huawei Y9 Prime 2019 price in India is set at Rs 15,990 for the 4GB RAM + 128GB storage option. The Y9 Prime 2019 comes in Sapphire Blue and Emerald Green shades and will go on sale in the country starting August 7th via Amazon.in. Launch offers include Rs 500 discount on payments made using Amazon Pay, up to 10 percent discount on SBI Bank cards, no-cost EMIs up to 6 months, and benefits worth Rs 20,000 for Jio subscribers. The handset will also be available starting August 12th via offline retail chains such as Croma and Poorvika, where buyers will get Huawei AM61 Sports Bluetooth earphones and a 15,600mAh powerbank on pre-orders.

The Huawei Y9 Prime 2019 dons a 6.59-inch full-HD+ display, which the company likes to call ‘Ultra FullView’ display as there is no notch whatsoever. The handset is driven by a respectable HiSilicon Kirin 710 SoC that was launched last year. For gaming, there is GPU Turbo mode and AI Gaming for a 4D gaming experience. The smartphone comes with 4GB of RAM and 128GB storage, which can be further expandable up to 512GB using a microSD card. The phone boots EMUI 9 with Android 9 Pie out of the box and houses a 4,000mAh battery with no fast charging.

In the camera department, the Huawei Y9 Prime 2019 rocks triple rear cameras that comprise of a 16-megapixel primary sensor, 8-megapixel ultra-wide lens, and 2-megapixel depth-sensing shooter with an LED flash unit. The front camera gets a 16-megapixel pop-up selfie snapper that comes out of the top on the left side. The front camera is said to be rigid, durable, and retract every time it detects a fall. The cameras are backed by Huawei’s AI algorithm, and its rear camera is capable of recognising 22 categories and 500+ scenes in real-time.  While the handset has a rear-mounted fingerprint scanner on board, it lacks face unlock. The connectivity options include 4G LTE, dual-SIM slots, Wi-Fi, Bluetooth 5.0, and A-GPS with GLONASS.