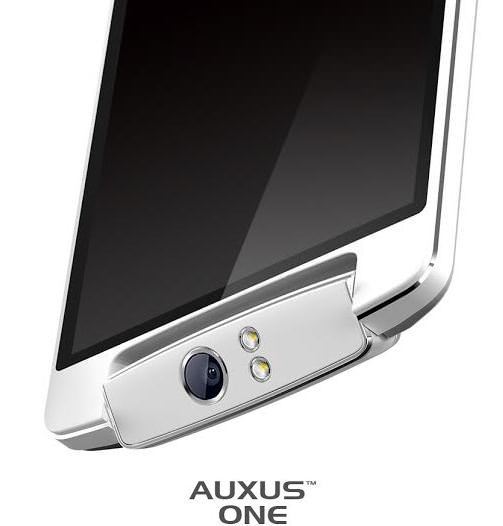 “The Auxus One sports a 15.5MP 207-degree swivel camera that functions as the rear and front shooter.”

iBerry has introduced the Auxus One smartphone with a revolving camera, and a smartwatch called the Auxus Rist with a built-in SIM slot. The devices are priced at Rs 15,990 and Rs 9,990 respectively, and will be available exclusively on eBay India starting December 8th.

The iBerry Auxus One is a dual-SIM smartphone featuring a 5.7-inch OGS HD display with Corning Gorilla Glass protection. The device is powered by a 1.7GHz MediaTek MT6592 octa-core processor, paired with 2GB of RAM and the Mali-450 GPU. The internal memory on board is 32GB, which you can further increase up to 128GB using a microSD card. The phone flaunts a 15.5MP 207-degree revolving camera with a Sony Sensor and dual-LED flash, which functions as the front as well as the rear snapper, similar to the OPPO N1 Mini. The phone runs Android 4.4 KitKat, and features a touch-sensitive back panel that lets you scroll up/down and capture images. The rest of the specs include 3G, NFC, Wi-Fi, Bluetooth, GPS, and beefy 3,200mAh battery. 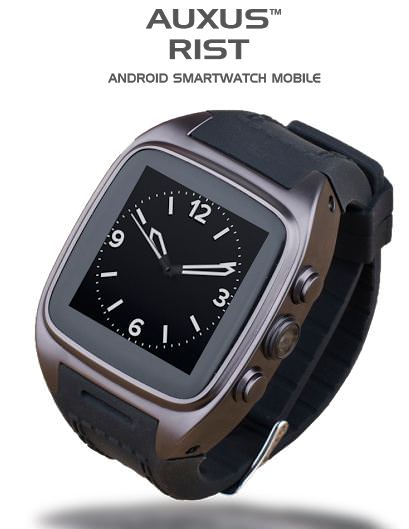 The iBerry Auxus Rist smartwatch is a waterproof device that comes with a pedometer and heart rate monitor. It runs Android, and is powered by a dual-core processor. The watch has a micro-SIM slot that supports voice-calling over 3G networks, and connectivity options like Wi-Fi and Bluetooth. Other features include a 3MP camera, rechargeable battery, and a microSD card slot that accepts memory cards up to 32GB in size.

The  iBerry Auxus One will be up against the likes of the HTC Desire 816G, Lenovo S850, Micromax Canvas 4 Plus, and XOLO Play 8X-1000. The Auxus Rist on the other hand will compete against the Spice Smart Pulse, Sony SmartWatch 2, and Samsung Gear 2 Neo.