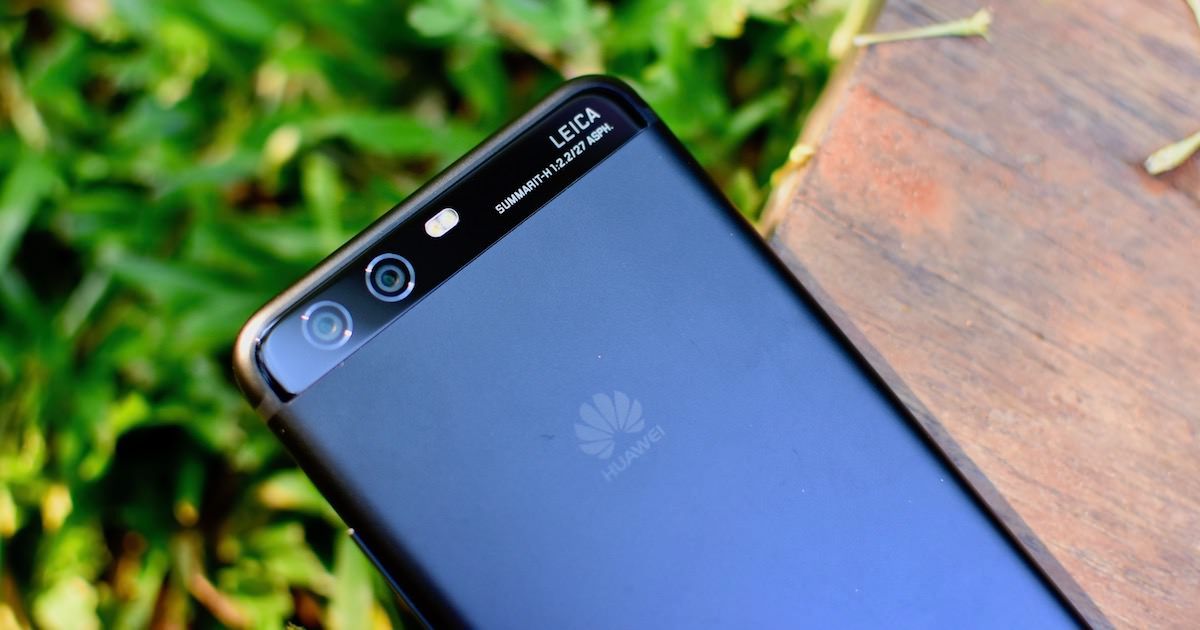 Over the past several years, Samsung and Apple have been dominating the world’s smartphone market. However, China’s Huawei has been catching up fast, and it has finally surpassed Apple to become the world’s second largest smartphone manufacturer. According to the latest report by International Data Corporation (IDC), Huawei’s market share in the second quarter of 2018 increased by a whopping 40.9 percent year-on-year (YoY), which helped it to climb up the ladder. 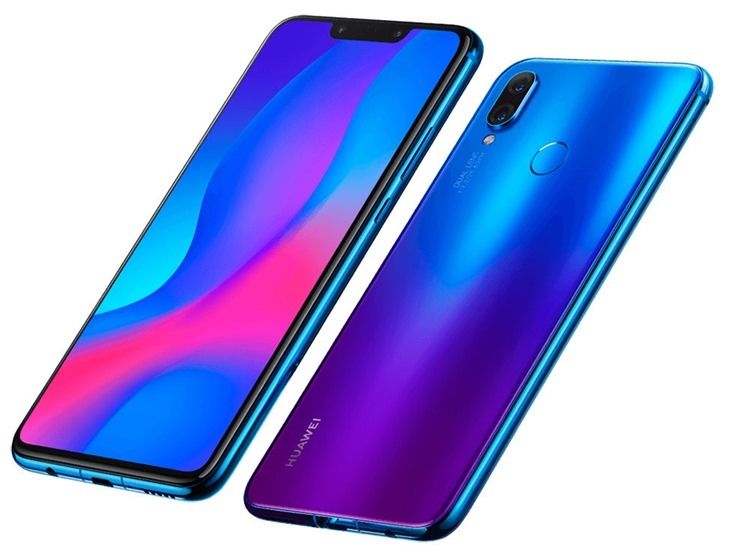 As per the report, Huawei shipped a whopping 54.2 million smartphone units in Q2 2018, and grabbed a market share of 15.8 percent. This is an impressive hike as the brand shipped 38.5 million units during the same period last year. The company continued to lead the Chinese smartphone market with a record market share of 27 percent. In the first half of Q2, Huawei’s P20 and P0 Pro flagships were in strong demand in the $600 – $800 price bracket. In the second half, the brand launched the GPU Turbo technology, which helped its cause further. The report also mentions that Huawei’s sub-brand Honor continues to be a key contributor to the company’s growth. 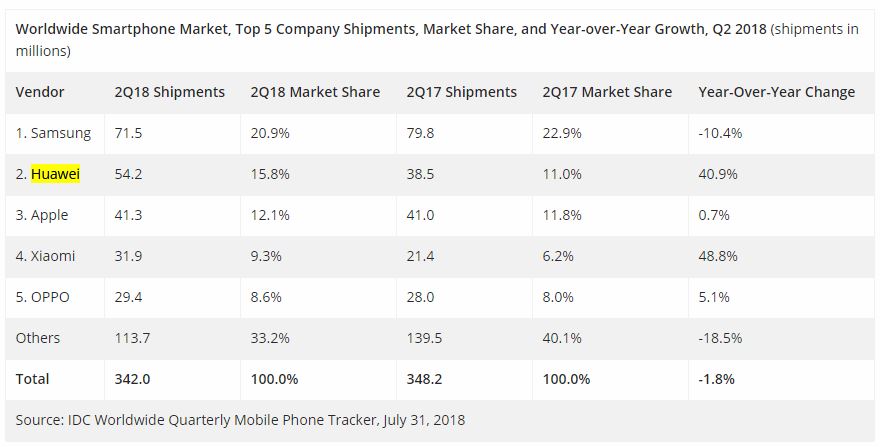 Coming to Apple, the Cupertino tech giant shipped 41.3 million iPhones in Q2 2018, which represented a paltry growth of 0.7 percent over the 41.0 million units the brand shipped in Q2 2017. The company grabbed a total of 12.1 percent market share, which is slightly higher than 11.8 percent it had during the same period last year. As for Samsung, the vendor continued to lead by shipping 71.5 million smartphone units in the second quarter, and claimed a market share of 20.9 percent. However, the company’s YoY shipments declined by 10.4 percent. The Galaxy S9 and Galaxy S9+ flagships witnessed slower than normal sales, as per Samsung. The South Korean tech giant will aim to bolster sales in the coming weeks with the launch of the Galaxy Note 9.

As for the other manufacturers, Xiaomi continued to be on the fourth spot with a market share of 9.3 percent, and shipped 31.9 million smartphones in Q2 2018. The company’s YoY shipments increased massively by 48.8 percent. It is very impressive that despite being present only in a few regions across the globe, Xiaomi is the world’s fourth-largest smartphone manufacturer. 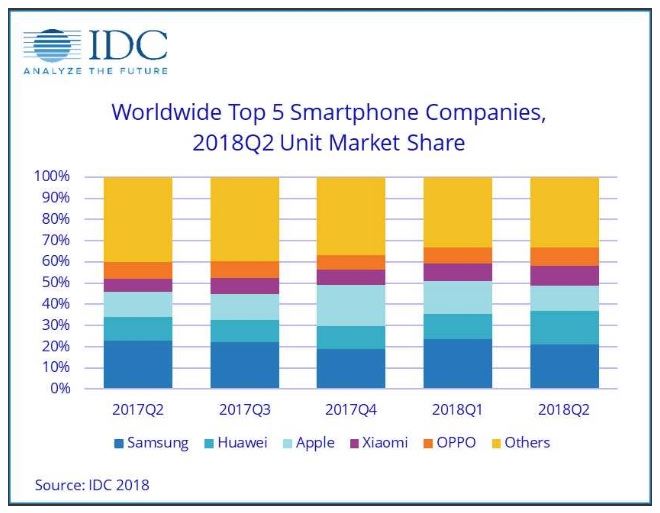 The fifth spot on the report has been claimed by OPPO with 8.6 percent market share and 29.4 million smartphone shipments. The company faced a slowdown in important markets like India and most of Southeast Asia. However, the brand still managed to increase its YoY shipments by 5.1 percent, and continued its expansion in other markets like the Middle East and Africa.

The latest IDC report also mentions that a total of 342 million smartphones were shipped across the globe in the second quarter of this year. The shipments declined by 1.8 percent year-on-year, as 348.2 million units were shipped during the same period last year.