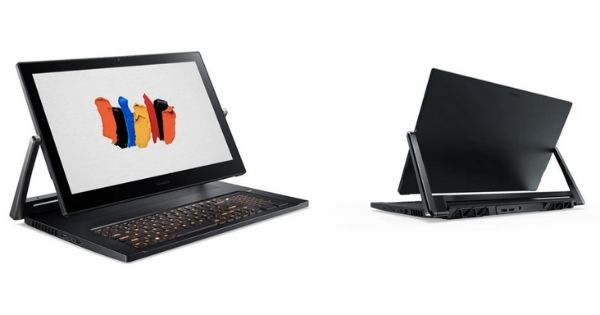 IFA Berlin kicked off today and we already have some new products from Acer. The company launched a bunch of Chromebooks and several new ConceptD notebooks as well. Acer has announced a total of six new ConceptD laptops that come with 9th-gen Intel Core processors and Nvidia Quadro GPU. Of course, not all variants can be configured with these specifications. The Acer ConceptD 3 and the ConceptD 5 models come with the Nvidia GeForce RTX 1650 and GeForce RTX 2060 GPUs. Let’s take a look at all the new laptops launched today.

The ConceptD 9 Pro is the top-end variant in the line-up and comes with a unique design and top of the line hardware. The laptop comes with a 17.3-inch 4K display that can be flipped around thanks to the Ezel Aero Hinge. This is a proper creators laptop and can be configured with up to 9th generation Intel Core i9 chipsets, 32GB DDR4 RAM and Nvidia Quadro RTX 5000 graphics with 16GB VRAM. Next, the ConceptD 7 Pro is a slightly smaller version and lacks the hinge. It features a 15.6-inch 4K panel with up to 9th generation Intel Core i7 processor and Nvidia Quadro RTX 5000 GPU. It weighs 2.1kg and is only 17.9mm thin, which makes it quite portable.

Acer has also updated the ConceptD 5 laptop that was launched in April this year with up to 9th generation Intel Core i7 processors and a new 17-inch display with Nvidia GeForce RTX 2060 GPU. The company also launched a new entry variant, the ConceptD 3, which features a 15-inch display and is also powered by the 9th gen Intel Core i7 processors. This variant is equipped with the Nvidia GeForce GTX 1650 GPU.