91mobiles.com
Home News No, the government hasn’t banned TikTok, CamScanner, and other Chinese apps in...
Highlights 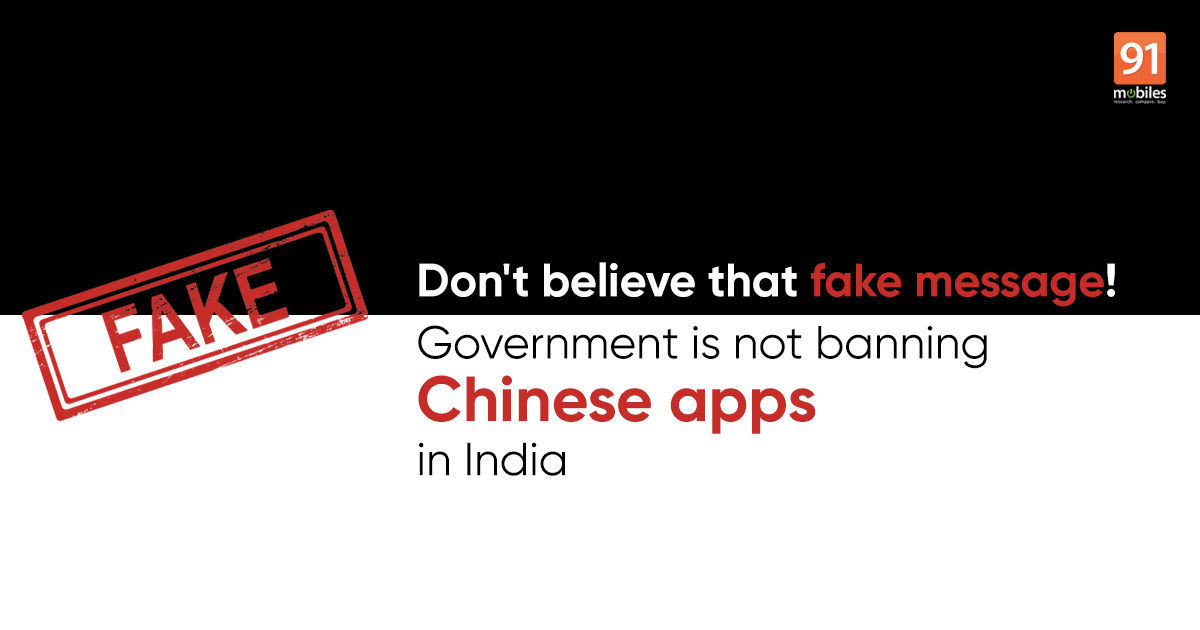 Government has clarified that the viral message over the ban of popular Chinese apps, including TikTok, from India is fake. The message doing the rounds of social media had claimed that the National Informatics Center (NIC) that comes under the Ministry of Electronics & IT (Meity) has asked Apple and Google to remove as many as 14 “Chinese applications” from their platforms with “immediate effect” in the country. However, the Press Information Bureau (PIB) Fact Check has refuted the viral message and said that NIC has issued no such notifications.

Claim: A viral message of an order allegedly from NIC claims that @GoI_Meity has prohibited some apps from being made available on App Stores. #PIBFactCheck: The Order is #Fake. No such instruction has been given by @GoI_MeitY or NIC. pic.twitter.com/Dt7rMR7nIz

The list of alleged apps that the viral message claimed had been restricted in India included TikTok, CamScanner, LiveMe, Bigo Live, Vigo Video, Beauty Plus, Clash of Kings, Mobile Legends, Club Factory, Shein, Romwe, AppLock, Vmate, and Game of Sultan. The message also read that the government has directed the regional executives of Google and Apple to restrict these apps from Play Store and App Store, respectively, as they put users’ privacy at risk and compromise the “sovereignty of the country.”

With the government saying that the message is fake, these apps are still available on Google Play Store and App Store. Users can download them on their devices from respective stores with no restrictions.