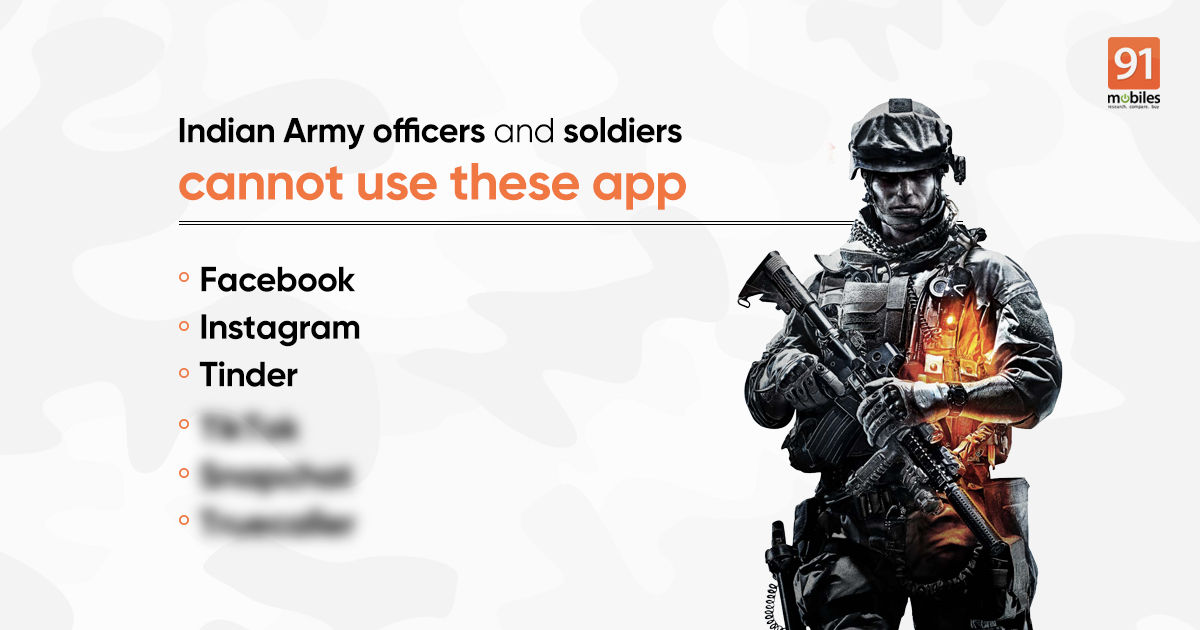 Indian Army has reportedly banned 89 apps, including Facebook, Instagram, Truecaller, and PUBG, for its personnel. The list includes TikTok, CamScanner, Shareit, and 56 other apps that were banned by the government of India citing security considerations a few days ago. The 13 lakh Indian Army officers and soldiers will have to delete these apps by July 15th to “plug leakage of information”. Those who do not follow the orders may face strict action. “The directive has been issued because there has been an exponential increase in the number of military personnel being targeted by intelligence agencies of Pakistan and China,” said an Indian officer in TOI report.

Indian Army has asked its personnel to delete 89 apps from their smartphones including Facebook, TikTok, Truecaller and Instagram to plug leakage of information: Indian Army Sources pic.twitter.com/l23Lu5ndNh

The list of banned apps includes Chinese apps like TikTok, BigoLive and WeChat, along with others such as Truecaller, Zoom and Vigo Video. The Indian army personnel have also been asked to delete dating apps such as Tinder, Bumble, Happn, TrulyMadly, Aisle, Coffee Meets Bagel, Couch Surfing, as well as video and live streaming apps such as Zoom, LiveMe, Vmate, and Uplive. They can also not play PUBG (arguably the most popular game for smartphones) or use UC Browser and UC Browser Mini or or order anything from e-commerce apps such as Club Factory, AliExpress, and Chinabrands.

This is not the first time the Indian Army has issued such directives. Last year, it asked its officers and soldiers to avoid the use of WhatsApp for official work, while officers holding “sensitive appointments” to delete their Facebook accounts. Similarly, the Indian Navy has also prohibited the use of Facebook for all its personnel and use of smartphones in bases and dockyard.

AliExpress, 42 other Chinese apps blocked by government in latest round of bans