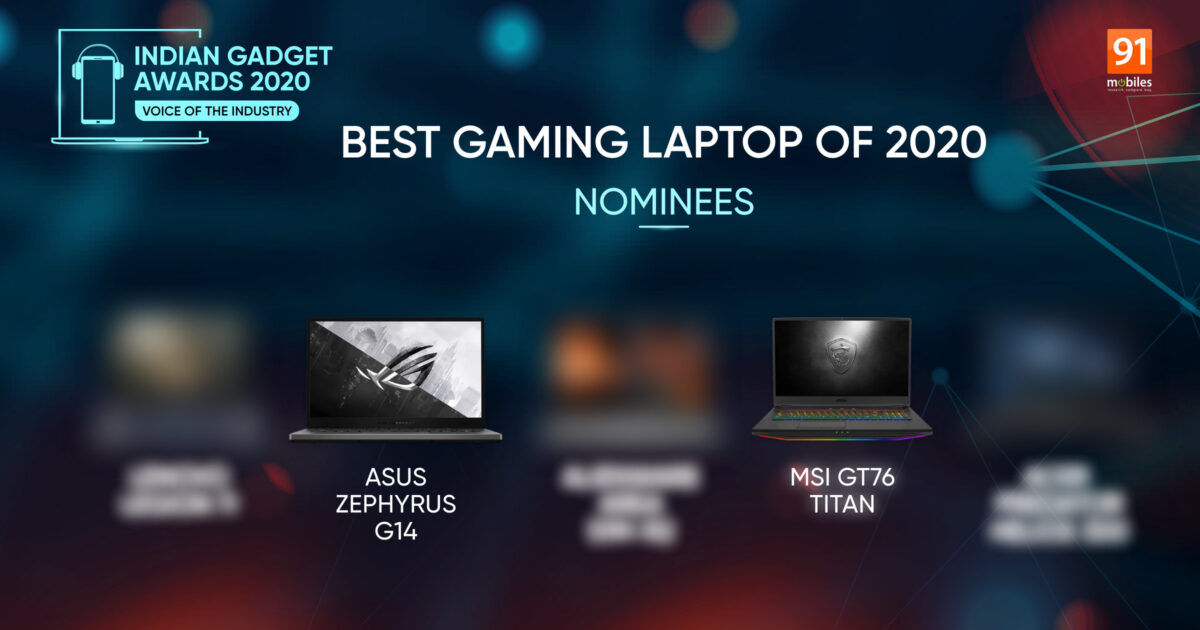 2020 marked the launch of some of the most hotly-awaited gaming titles including the likes of Assassin’s Creed Valhalla, Call of Duty: Black OPS – Cold War, and Cyberpunk 2077. The year also forced many of us to stay cooped indoors, which rest assured, translated into record demand for gaming notebooks. However, as the year comes to an end, it’s time to look back at some of the best gaming laptops which stood out amidst the herd of launches. And, to help us in this endeavor, 30 experts from the industry will be weighing in to decide the winner. But, let’s not get ahead of ourselves – here are the nominees for the Indian Gadget Awards Best Gaming Laptop of 2020. 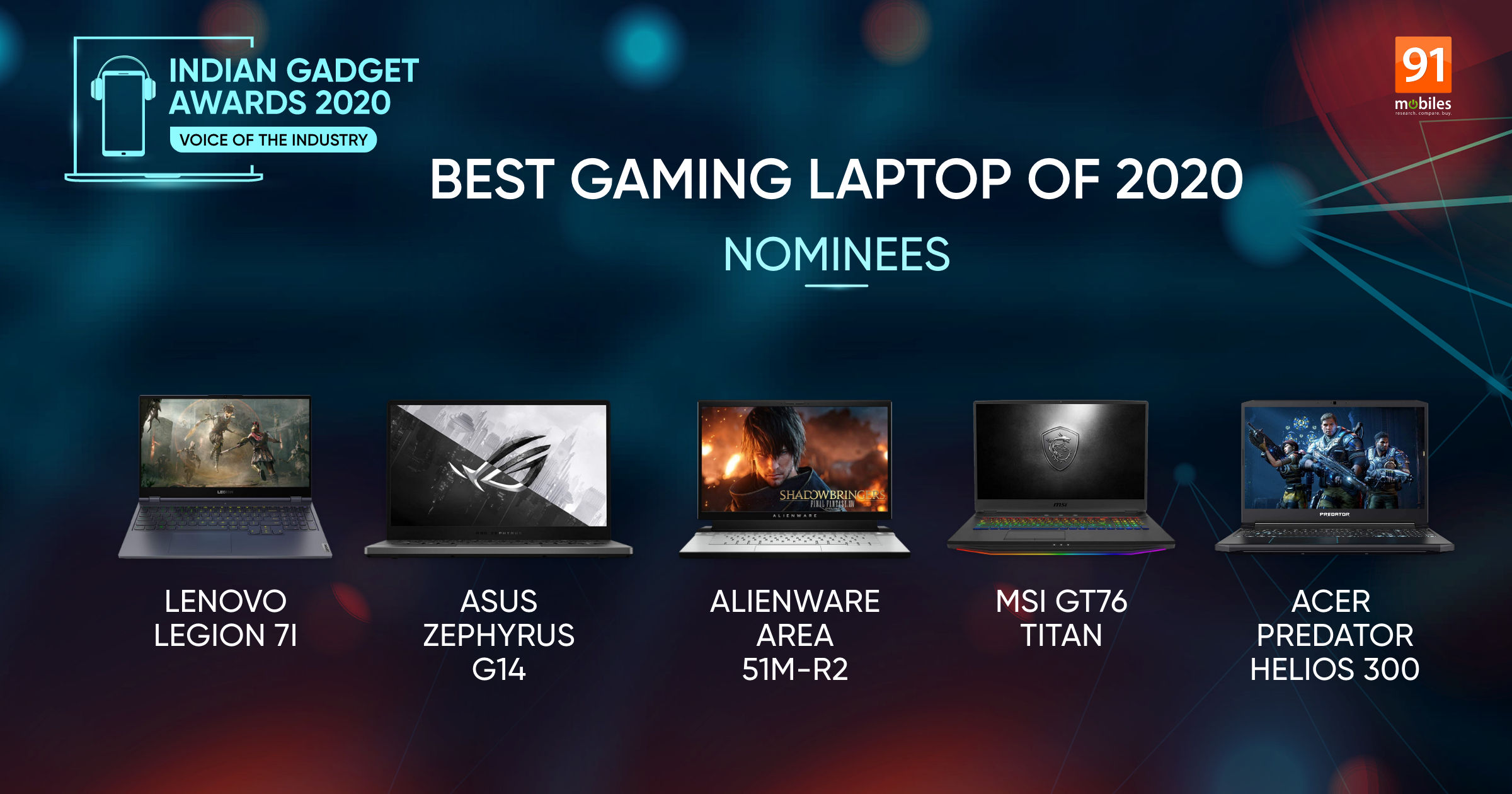 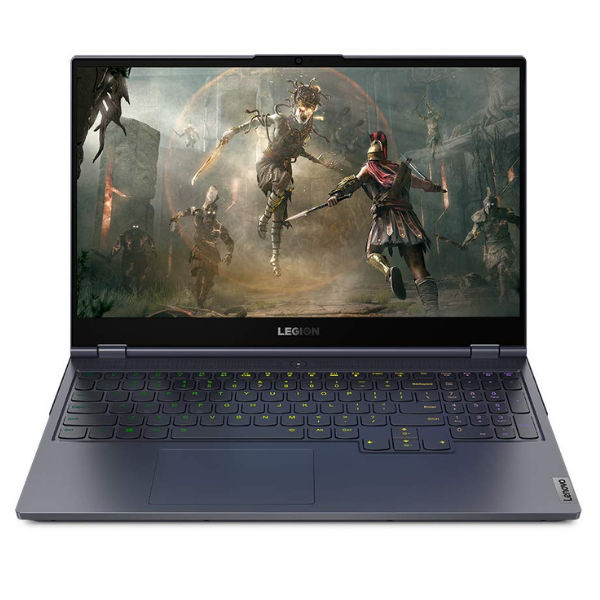 Lenovo has a penchant for designing stealthy, minimalistic gaming laptops and the company’s flagship Legion 7i is no different. Unlike most gaming laptops, the unit comes toting a rather understated look and can easily disguise itself as a work laptop. To that note, Lenovo has furnished the laptop with a serviceable 720p webcam too, ensuring you can take Zoom calls just as efficiently as you can game on the notebook. It goes without saying that the laptop is backed by top-notch specs and can be configured with up to a Core i9-10th-gen processor and Nvidia’s RTX 2080 Super Max-Q graphics card with 8GB of GDDR6 memory. The unit also comes equipped with a responsive 144Hz panel, ensuring players don’t have to undergo instances of screen tearing when pushing the frames on the notebook. 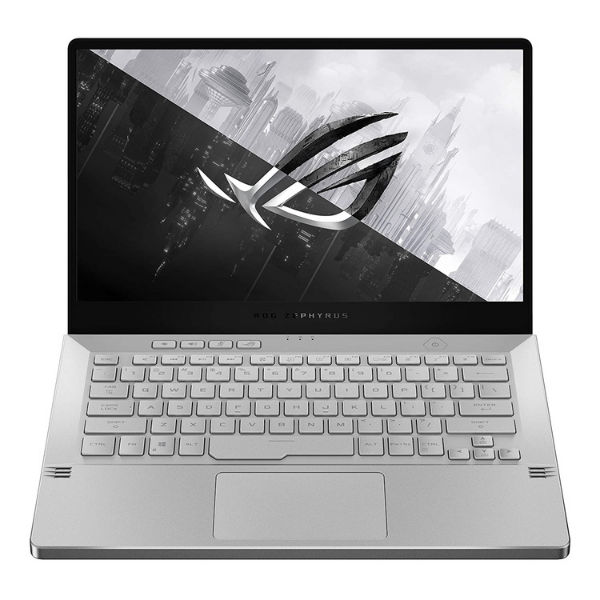 ASUS has always pushed the envelope with the design of its laptops and the company’s Zephyrus G14 is a testament to the same. Not only was the laptop among the first models to introduce AMD’s Ryzen 4000 H-series processors, but it also shipped with a rather quirky AniMe Matrix LED display on the lid. Consequently, users could personalise the top of the laptop with custom images and animations, thereby expressing their creativity to the fullest. It also helps that the Zephyrus G14 is quite compact and is the only gaming laptop on the list to ship with a 14-inch panel. Regardless, ASUS’ offering is packed to the brim with powerful specs and the laptop can be specced with up to an eight-core Ryzen 9 4900HS and an RTX 2060 Max-Q GPU. 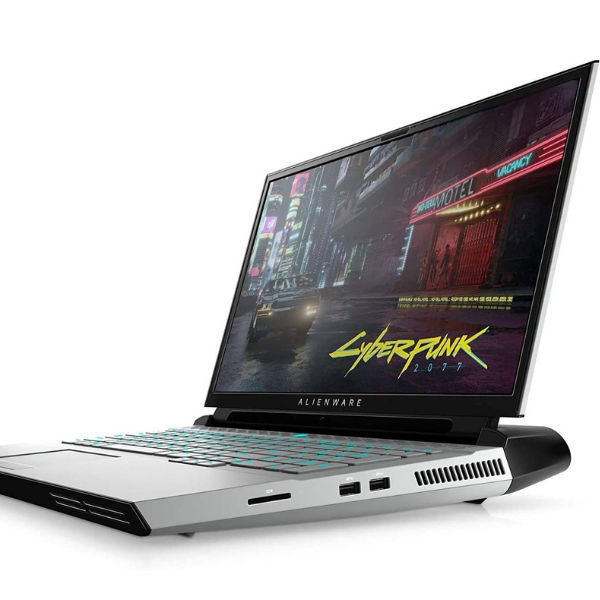 If there’s one laptop brand that’s synonymous with gaming across the globe, it’s undoubtedly Alienware. The company has numerous gaming laptops under its belt, though none as mighty as the brand’s Alienware Area 51m-R2. Much like its predecessor, the latest entrant in Area 51m series also packs in desktop-class components including up to an overclockable 10the–Gen Core i9K processor, enabling excellent raw compute. Add to that the laptop’s configurable 360Hz displays and swappable internals and the Alienware Area 51m-R2 is without a doubt, one of the most powerful gaming laptop of 2020. 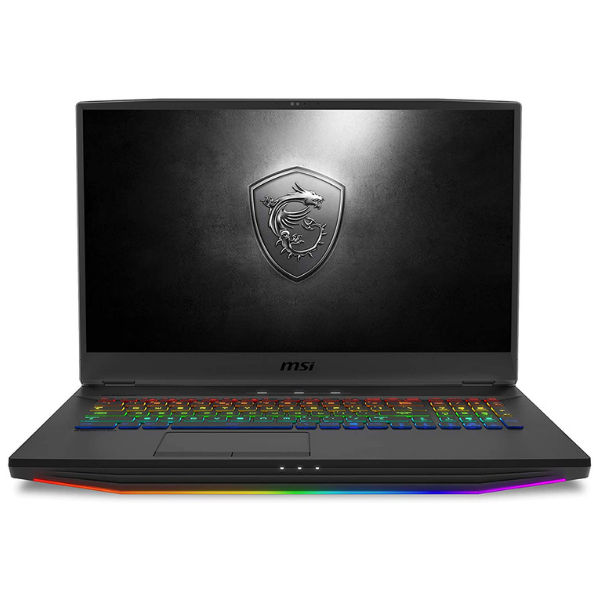 Akin to Alienware’s Area 51m-R2, MSI’s GT76 Titan also comes equipped with class-leading specs, including a 10-core, desktop-tier Core i9 processor, overclocked to 5GHz across all its cores. You’d be wise to assume that the machine offers incredible performance and per the brand, offers a 110 percent performance boost over previous-gen units with an i7-9750H CPU. Throw in an RTX 2080 Super Max-Q, blazing-fast 300Hz refresh rate display and an assortment of RGB lightings and the GT76 Titan is any gamer’s dream machine. 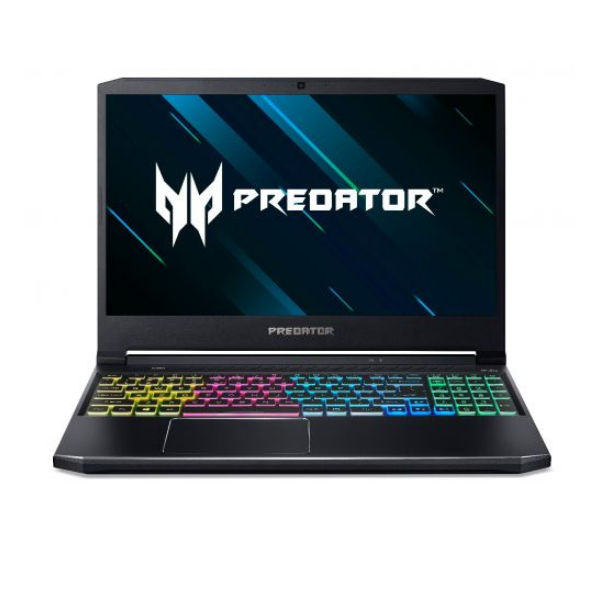 Acer’s Predator lineup has become the go-to for budding gamers, with the Helios 300 making immense sense for buyers not looking to splurge lacs on their new gaming machine. Despite its relatively lower price, the Helios 300 doesn’t skimp on performance and offers Intel’s 10th-Gen CPUs which have been mated to Nvidia’s RTX graphic cards. As an added bonus, the laptop also lets users opt for a speedy, 240Hz refresh rate display.