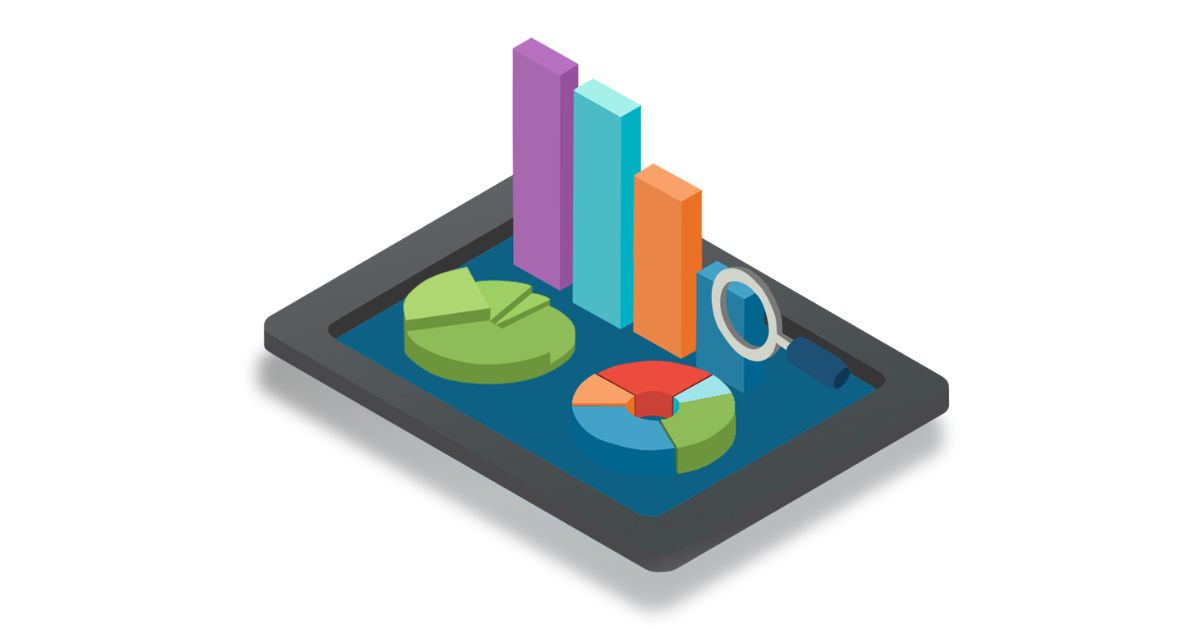 Canalys, a market research firm, has published a report on smartphone sales in the Indian market in the first quarter of 2021. According to it, the Indian smartphone market grew by a staggering 11 percent in Q1 2021 with total shipments accounting for 37.1 million units. The demand for smartphones grew as more and more people are relying on mobiles every day for studying and working from home amid the ongoing COVID-19 pandemic. What also contributed to the increased demand is the spurge of smartphone launches and increase in sales of mobiles through offline channels as the COVID-19 situation seemed to subside in the country in Q1 2021.

Canalys, however, warns that the demand for smartphones in India will plunge in Q2 2021 as the second wave of COVID-19 has hit the country hard and that smartphones will become more expensive as the year rolls on. 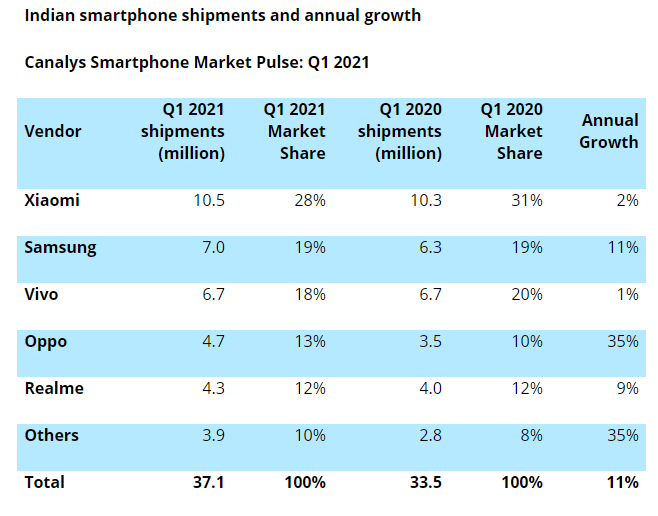 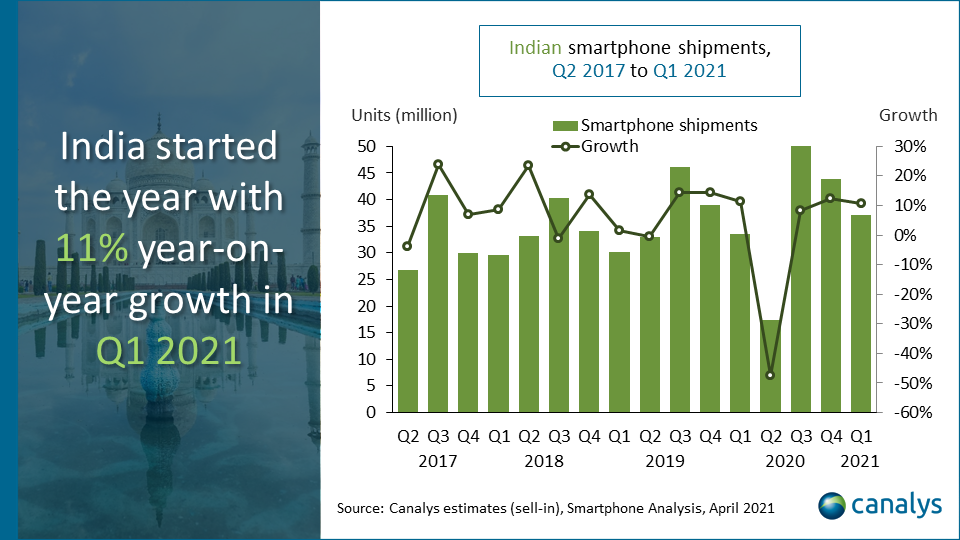 “It was a quarter to celebrate in India, as every one of the top five vendors grew,” said Canalys Analyst Sanyam Chaurasia.

He says that Apple too had a stellar performance in Q1 2021. According to him, the demand for Apple’s smartphones was driven by the local assembly of iPhone 12, attractive finance offers, and sustained demand for iPhone 11.

Commenting on Xiaomi’s sales, Sanyam points that its sales were driven by the multi-brand strategy. He pointed out that the company is implementing new ways to expand its presence in the offline market, especially in rural areas. To that extent, Xiaomi has launched ‘Mi Store on Wheels,’ which is basically a mobile shop on wheels focused on reaching smaller towns and rural locations.