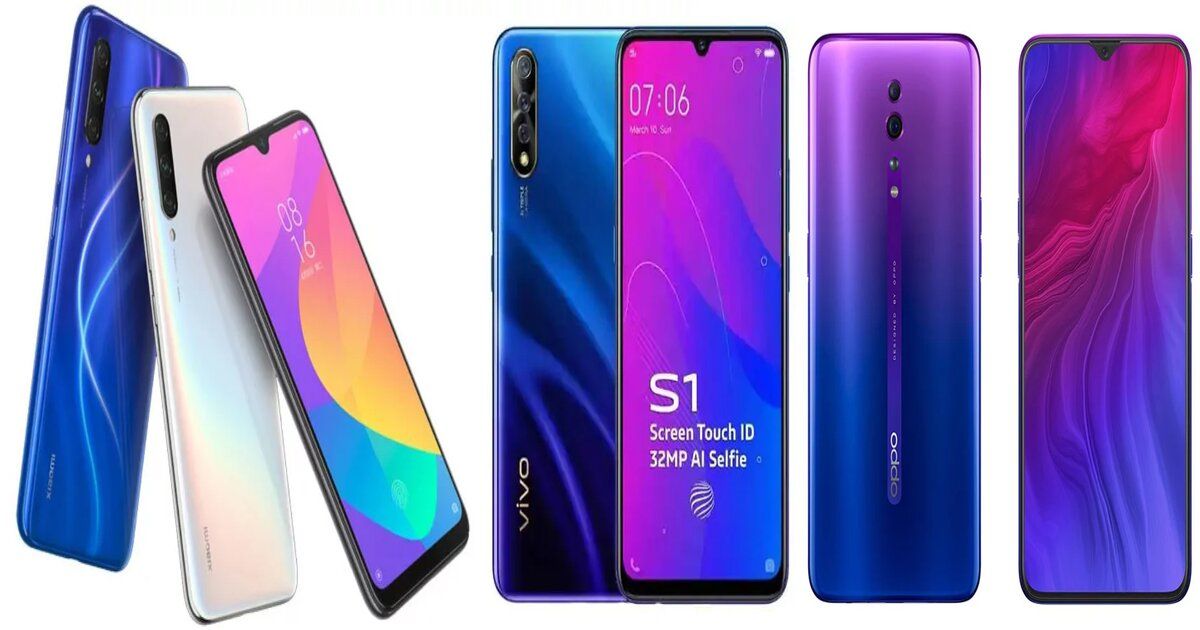 The smartphone shipments in India dipped 2 percent year-on-year (YoY) to touch over 52 million units in the September quarter (Q3) 2021, according to a Counterpoint Research report. The decline was mainly caused because of higher pent-up demand last year after the pandemic as well as the component shortage, especially in chip-making that started showing its impact in the third quarter of this fiscal year. These factors led to the brand launching successive smartphones with almost the same chip as was previously used in their predecessor.

The report further stated that the smartphone market continues to display indications of resiliency and the quarterly numbers would have been even higher if not for the component shortages that intensified during the September quarter, as per the report. According to Counterpoint Senior Research Analyst Prachir Singh “The consumer demand outweighed the supply due to the high pent-up demand. Keeping in mind the global component shortage, most of the brands were aggressively working to secure enough stock for the festive season. The demand in the online channels remained strong and reached highest-ever shipments in Q3 2021.” He further added that the Chinese brands have continued to have a firm grip over the Indian smartphone market and held a 74 percent total share in Q3 2021. In total online channels captured around 55 percent of the smartphone shipments during the September-ending quarter. 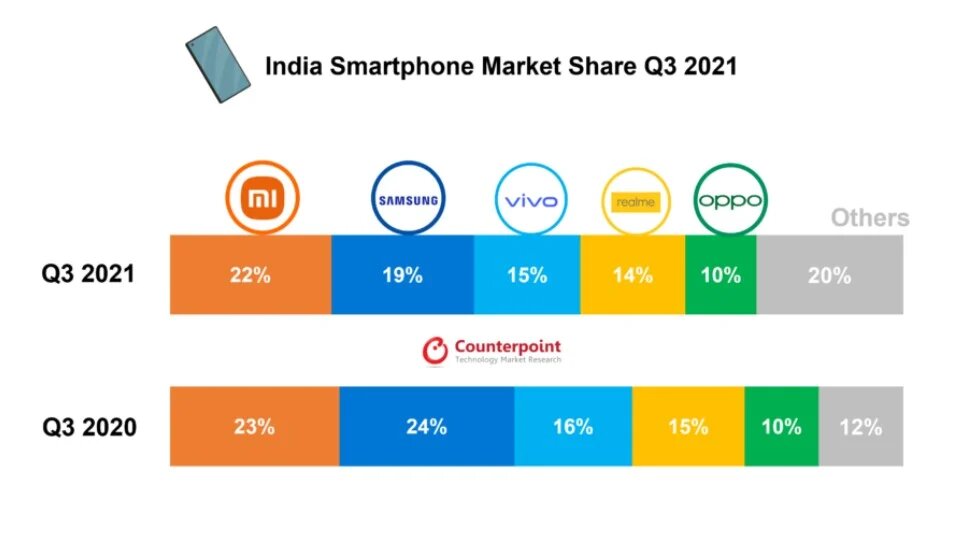 Samsung regained the top position in the overall handset market with a 17.6 % share, followed by Xiaomi (15.5 percent), Vivo (10.1 percent), itel (10 percent), and Realme (9.9 percent). The feature phone market dropped to a mere 12 percent in Q3 2021 as more consumers are migrating to smartphones. itel led the feature phone market with a 27 percent share, followed by Lava, Nokia HMD, and Samsung.

In the premium smartphone market, Apple became the fastest growing brand with a whopping 212 percent YoY growth and also lead the above Rs 30,000 market with a 44 percent share. The strong demand for recently discounted iPhone 11 and iPhone 12 was the driving factor for the growth, with the company topping the 5G smartphone brand in the premium segment for the first time.