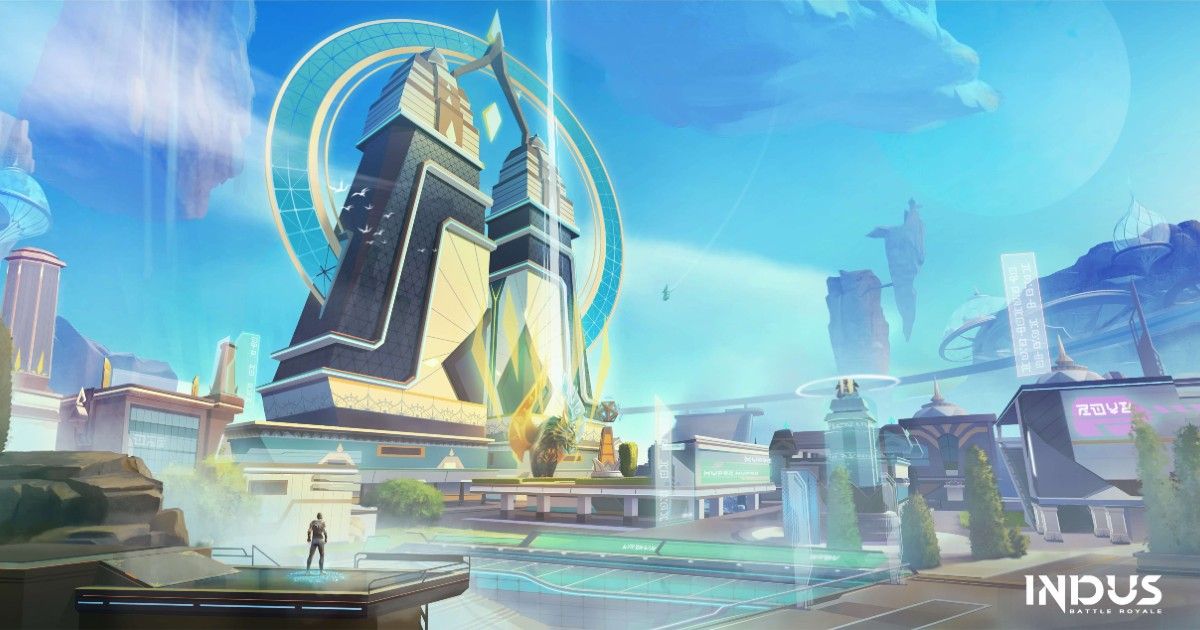 MaskGun and Silly Royale developer SuperGaming is working on a battle royale shooter called Indus. The game is expected to offer a unique take on Indian culture with a futuristic twist, which the developer calls “Indo-Futurism.” It will feature deep lore alongside gameplay mechanics that you find in other modern shooters. The developer has shared several teasers about Indus so far, and some players have started comparing the game to other shooters like Apex Legends and Valorant. The developer has now responded to these comparisons.

Open the third eye of your enemy. And their fourth, fifth, sixth, and even seventh with this shotgun. Fast relief from close-quarters firefights on Virlok, provided you can tame its recoil.

YouTubers ExxotikGaming and Lazy Assassin have recently shared videos highlighting Indus. Some viewers have claimed that the game looks pretty similar to popular shooters like Apex Legends and Valorant. It should be noted that the game is in early development right now, with the teasers and gameplay footage mostly being part of pre-alpha builds. This suggests a lot of elements you are seeing now may not be final yet.

In response to the comparisons, Indus game director Jwalant Gangwar has said, “We’re extremely delighted that our game is being compared to Apex Legends. Respawn Entertainment is a huge source of inspiration for all of us on the team. That being said, this isn’t the intent. As the game is deep in development we’re still going through multiple iterations and several art styles to see what’s the right look and feel to deliver the best possible version of Indo-Futurism. The final product will look different and have various other changes under the hood as we hope to be India’s best battle royale game.”

Gangwar added, “Also keep in mind that this is nothing new. Our earlier games Silly Royale and MaskGun did sport a look similar to other popular games like Among Us and Counter-Strike before finally launching with their own distinct identity and gameplay. We intend to do the same with Indus.”

Indus is set to launch for PC, consoles, and mobile soon. Developer SuperGaming will share more details about gameplay, lore, and release date of Indus in the coming months.