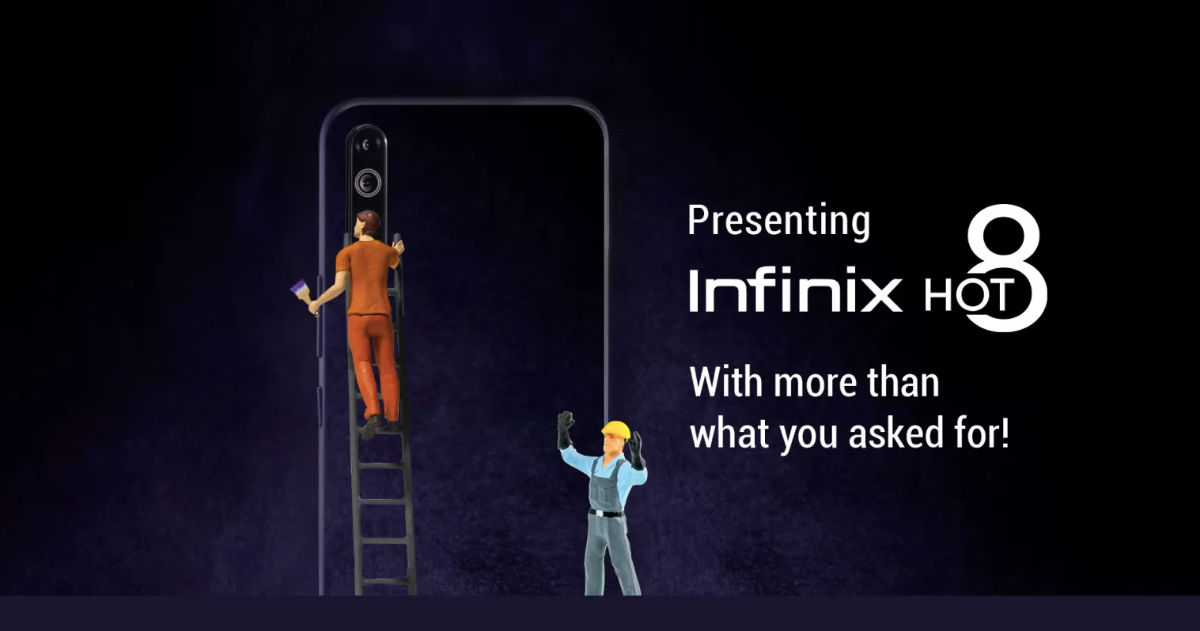 “The Infinix Hot 8 will be Flipkart exclusive and available with a price tag of Rs 6,999”

The Infinix Hot 8 is the upcoming budget smartphone from the brand in India. It’s slated to launch on September 4th as Flipkart exclusive in the country. The Infinix Hot 8 price in India along with the configurations has now been revealed via its listing on the e-commerce platform. The handset will cost Rs 6,999 for the 4GB RAM and 64GB storage space. As reported by 91mobiles previously, the Infinix Hot 8 will sport an all-display fascia with a dewdrop-notch up top that houses the selfie camera. In addition to this, a report by The Mobile Indian has spilled the beans on the Infinix Hot 8 specifications.

The handset is tipped to come with as many as triple rear cameras – the sensor details are unavailable at the moment – with LED flash. The cameras will be vertically-aligned at the top-right corner of the back panel. Furthermore, the Infinix Hot 8 is said to be driven by a beefy 5,000mAh battery. If so, the Infinix Hot 8 could be the most affordable smartphone with an array of cameras and battery cell in India. While it hasn’t stated the chipset, rumours are that the handset could be powered by the MediaTek Helio P22 mobile platform. That’s all the information we can divulge at the moment.

Infinix, meanwhile, conducted a survey on Flipkart asking customers what all specifications they want in a smartphone under Rs 6,999. The survey had four parameters – display size, battery capacity, RAM + internal storage, and camera setup. While the company is yet to reveal the findings, it has challenged its arch-rival with #DareToBeat this smartphone at just Rs 6,999.