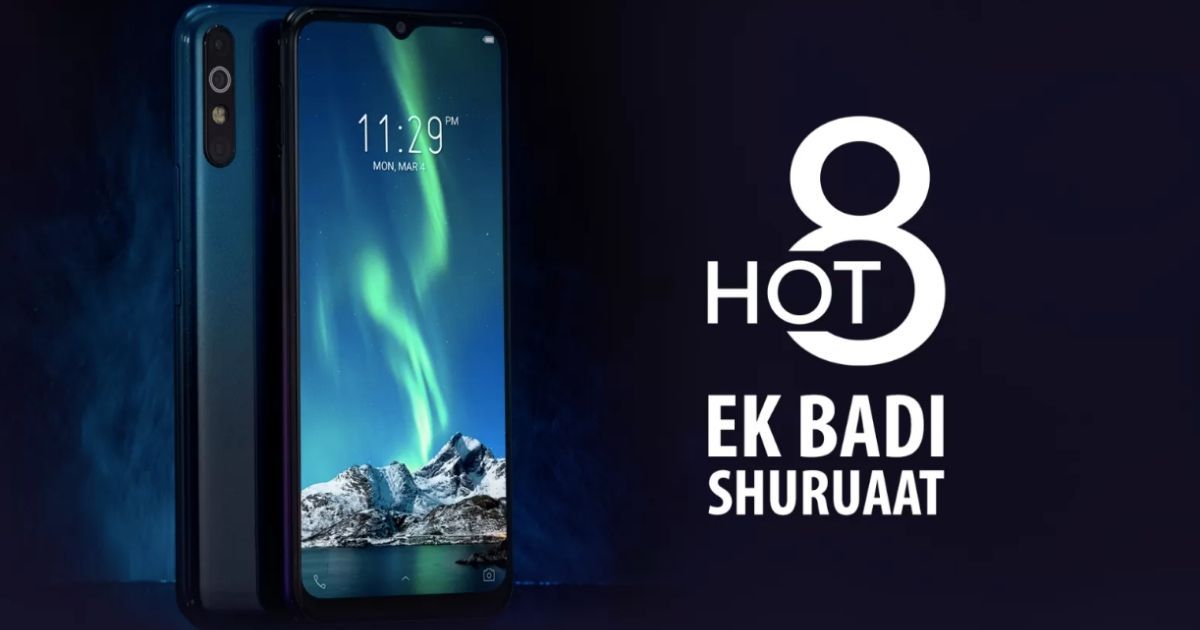 “The Infinix Hot 8 is the most affordable smartphone triple rear cameras and 5,000mAh battery in India”

The Infinix Hot 8 smartphone has been launched in India. After teasing the handset for a while now, the company finally takes the wraps off the handset at an event in the country. The Infinix Hot 8 is a budget-centric offering and comes as a successor to last year’s Infinix Hot 7 smartphone. The phone boasts of triple rear cameras, a beefy battery, an octa-core chipset, and an impressive 20:9 aspect ratio display. The Infinix Hot 8 also has a tall edge-to-edge display with minimal bezels and a waterdrop-notch atop that houses the selfie camera. Read on to find out the Infinix Hot 8 price in India, release date, and specifications.

The smartphone goes on sale at 12pm on September 12th, only via Flipkart. The Infinix Hot 8 price in India is set at Rs 6,999 till October 30th 2019 as part of an introductory offer. Starting October 31st, the handset will retail for Rs 7,999. It comes with 4GB RAM and 64GB storage and will be available to purchase in Quentzal Cyan and Cosmic Purple colour options.

As far as the specifications go, the Infinix Hot 8 packs a 6.52-inch display with HD+ resolution and a small cut-out atop. The phone is powered by an octa-core Helio P22 chipset, paired with 4GB RAM + 64GB user-expandable storage. The handset runs Android 9.0 Pie with custom the XOS 5.0 skin out of the box. In the camera department, the Hot 8 sports a setup of 13-megapixel + 2-megapixel + Low light sensors at the back with LED flash. For selfies and video calling, it features an 8-megapixel shooter on the front.

The entire setup is driven by a whopping 5,000mAh battery, which is backed by AI power management tool to further enhance its performance. For security, there is a fingerprint scanner at the back of Infinix Hot 8, while the connectivity options include 4G LTE, Wi-Fi, Bluetooth, GPS, 3.5mm headphone jack, and micro USB for charging.