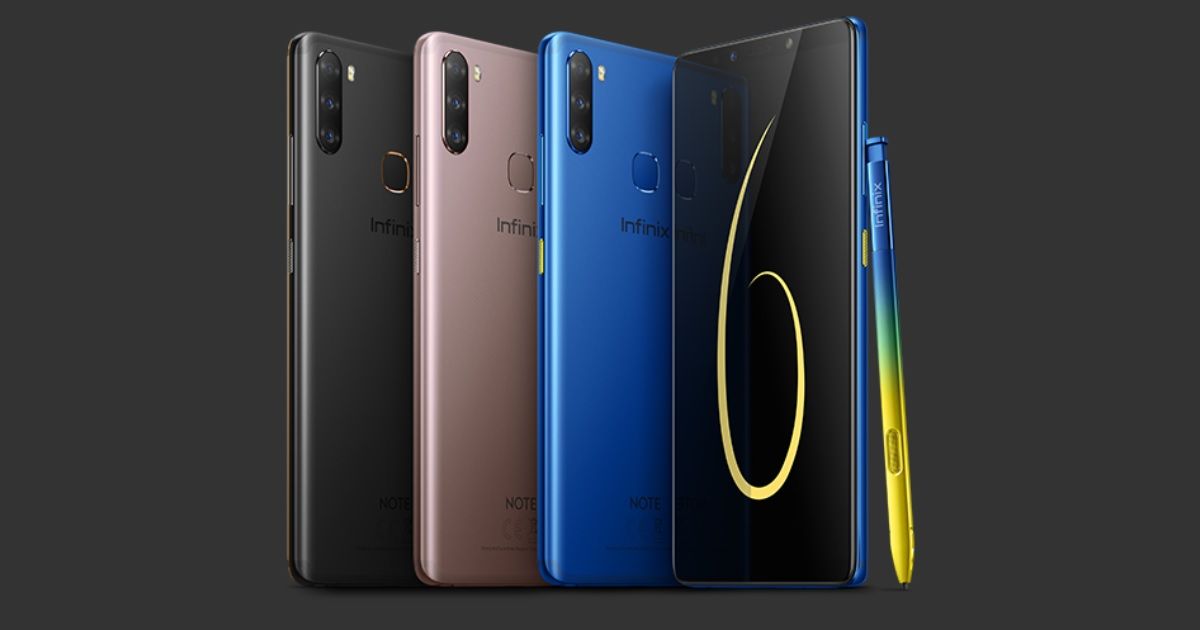 The Infinix Note 6 smartphone has just been launched in some African markets like Uganda. The phone comes as a successor to the last year’s Infinix Note 5. Just like its predecessor, the Infinix Note 6 also comes with a stylus called the X Pen. Infinix says that along with AI and AR features, the stylus lets you “create immersive sketches or notes in any space within reach.” Notably, you can also utilise the X Pen to measure objects in the rear world utilising a feature called the AR Measure. The Infinix Note 6 has arrived as a mid-range offering with a triple camera setup at the rear and an always-on AMOLED screen.

The Infinix Note 6 has been priced competitively at around Rs 13,700. The smartphone will be available in three colour variants – Midnight Black, Mocha Brown, and Aqua Blue. There’s no word regarding the phone’s India availability at the moment.

The Infinix Note 6 features a 6.01-inch full HD+ AMOLED display and boots XOS 5.0 that’s based on Android Pie. The phone is powered by a MediaTek Helio P35 processor, aided by 4GB of RAM and 64GB of expandable storage. At the rear, there’s a triple camera setup comprising of a 16MP main sensor, an 8MP ultra-wide shooter, and a 2MP depth snapper. For selfies, there’s a 16MP snapper with 3D Face Beauty and advanced AI features.

The connectivity options include 4G LTE, dual-SIM slots, Wi-Fi, Bluetooth (version not specified), micro-USB port, a 3.5mm headphone socket, and A-GPS with GLONASS. Lastly, the smartphone is fuelled by a beefy 4,000mAh battery with XCharge feature.