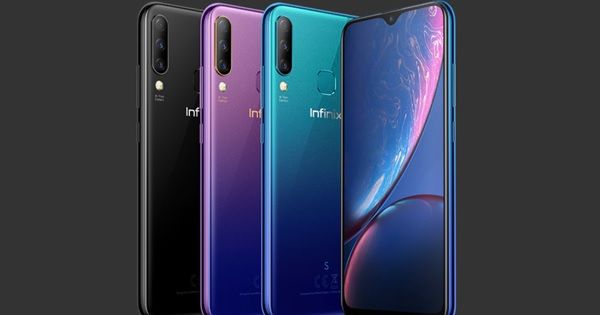 “The Infinix S4 is a budget offering with a 6.2-inch HD+ display, a Helio P22 SoC, and triple rear cameras”

Earlier this month, Infinix teased the unveiling of a new selfie-centric smartphone in India. Now, the company has revealed the name as well as the launch date of the device. On its social networking channels, the brand has announced that it will be launching the budget Infinix S4 in the country at an event tomorrow on May 21st. Notably, the phone maker has also revealed a couple of features of the smartphone. 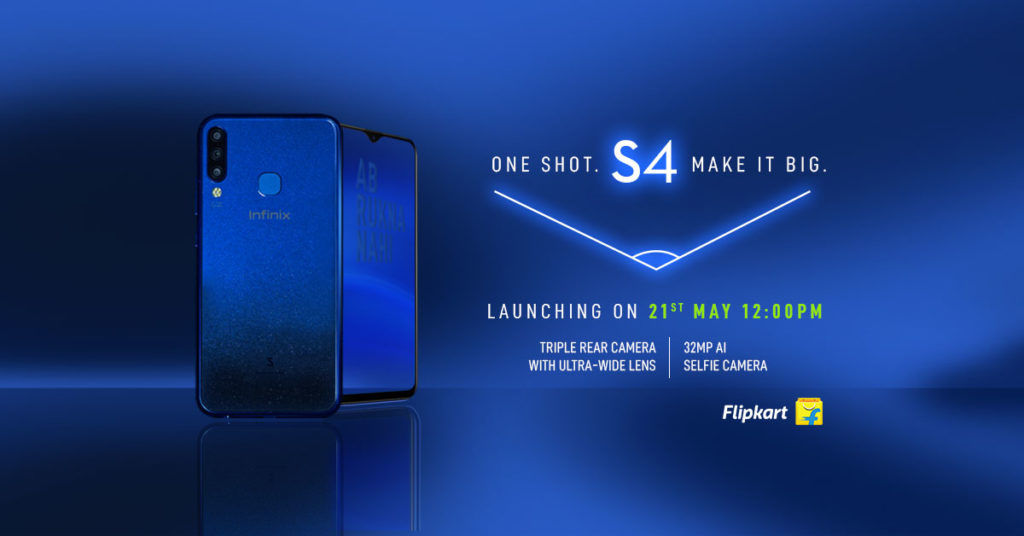 As per the brand, the Infinix S4 will arrive with a 32-megapixel AI-powered selfie camera. The smartphone will flaunt a triple rear camera setup at the rear with an ultra-wide lens. The vendor has also revealed that the phone will be available exclusively on Flipkart. The handset’s pricing for India isn’t available at the moment, but it is retailing in markets like Nigeria at a starting price equivalent of Rs 10,000.

Talking about the features, the Infinix S4 sports a 6.2-inch HD+ IPS LCD display, and boots Android 9 Pie out of the box. The handset gets a waterdrop notch above the screen and a rear-mounted fingerprint sensor. The phone is fuelled by an octa-core MediaTek Helio P22 processor, accompanied by 3GB or 6GB of RAM depending on the model. The smartphone comes in two storage variants – 32GB and 64GB, which also accept microSD cards for memory expansion.

In the imaging department, the Infinix S4 offers three cameras at the rear comprising of a 13-megapixel primary sensor, an 8-megapixel secondary snapper, and a 2-megapixel third shooter. In terms of connectivity, the phone features 4G LTE, dual-SIM card slots, Wi-Fi, Bluetooth, and A-GPS. A 4,000mAh battery completes the list of the specs.

According to an official advertisement regarding the Infinix S4, the phone will go on sale in India on May 28th. We will bring you more details from the launch event tomorrow.