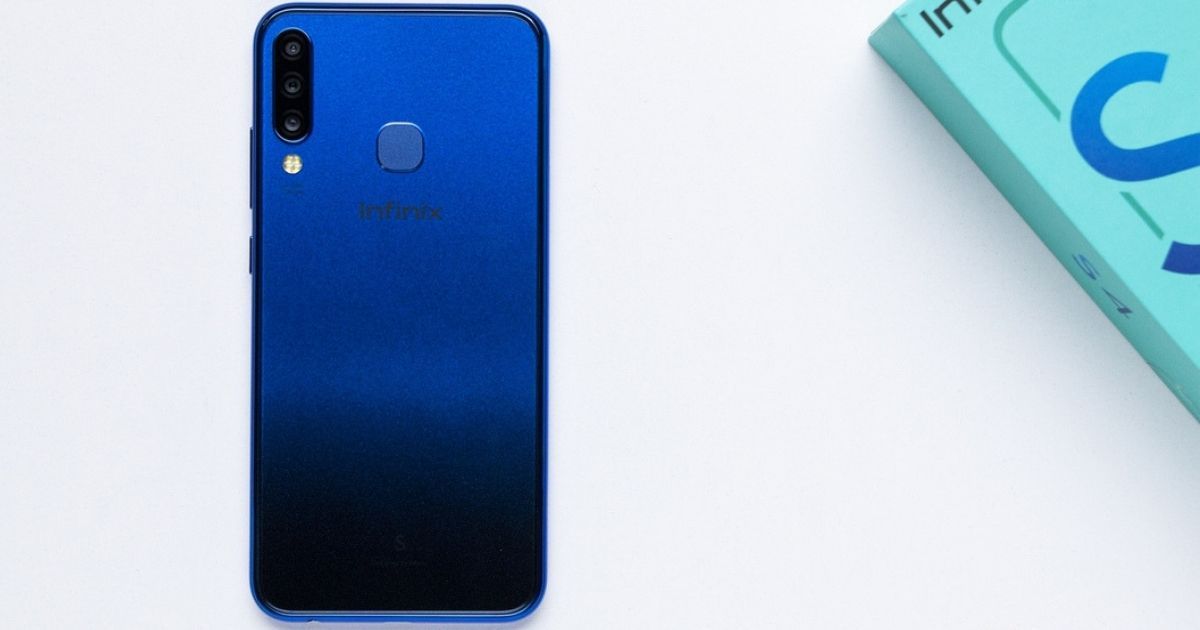 Infinix, the Hong Kong-based smartphone manufacturer, has managed to achieve a feat that I personally thought would take at least a year. Recently, brands have been in the battle of camera sensors where 48MP primary sensors and 32MP selfie sensors are in the play. However, the phenomenon that was restricted to mid-range and above, has now trickled down to the budget segment, thanks to Infinix. The latest launch from the brand, the Infinix S4, brings a 32MP AI-backed selfie shooter and a triple camera module at the back, and that too, priced under Rs 9,000. I received the smartphone recently and here’s how the Infinix S4 left me feeling after a short stint with it. 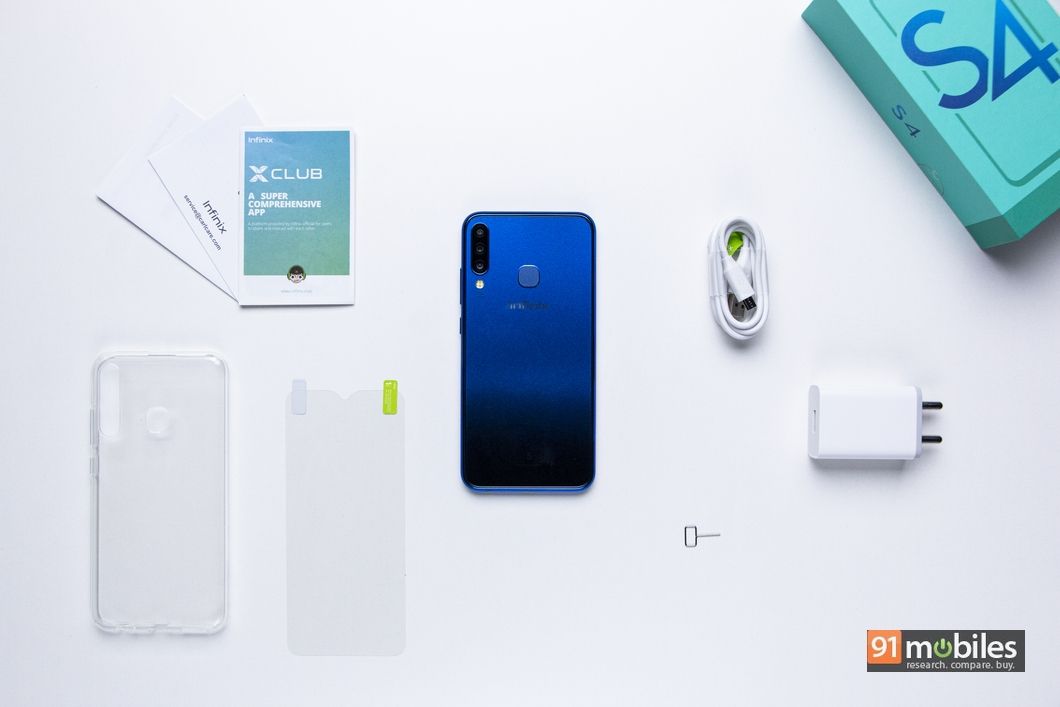 The packaging of the Infinix S4 is pretty standard with the branding, logos, visuals and core specs listed on top, sides and bottom, respectively. However, the company has opted for an attractive sea-green hue for the package, which sure piqued my interest. Upon lifting the lid, I was greeted by the Nebula Blue Infinix S4 resting atop the accessories compartment housing the micro-USB cable, 2A wall charger, documentation, SIM ejector tool, screen protector and a clear protective case for the smartphone. In my personal opinion, brands that are still keeping the 3.5mm audio jack around should provide a pair of in-ear headphones with the phone. However, that’s not the case with Infinix S4, therefore, you might have to invest in a third-party pair of earphones. 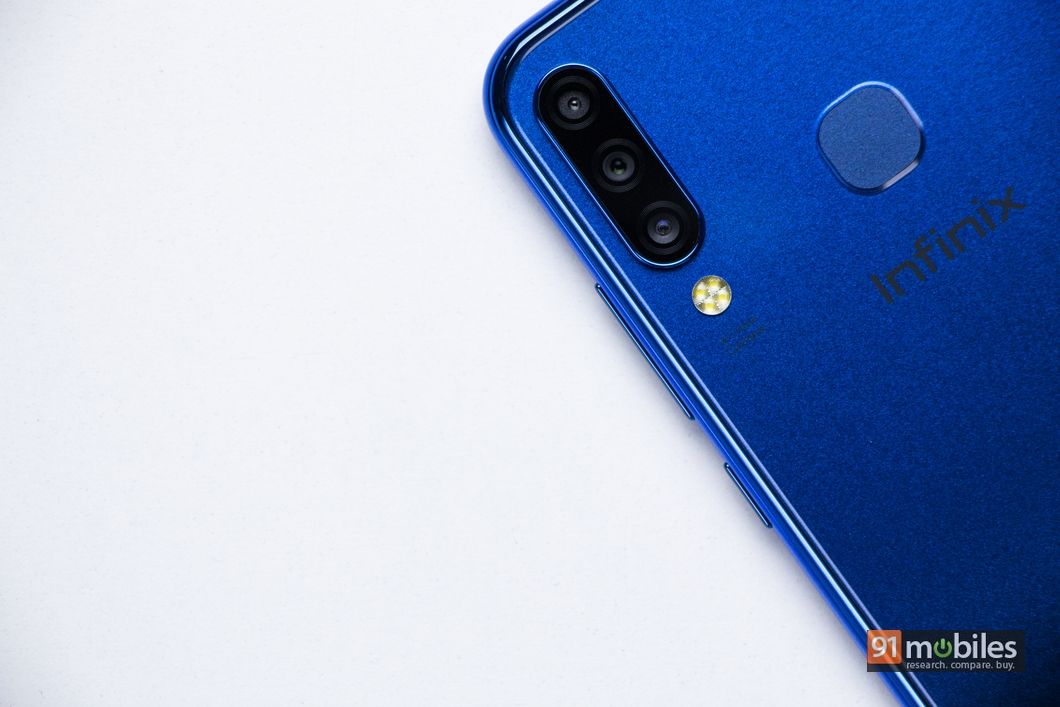 I usually approach cameras the last, but let’s go off the track here and start with the cameras first. At first, I thought that like every other smartphone claiming to have powerful cameras in the budget segment, Infinix S4 might also be a gimmick. But boy, I was wrong and how. The handset comes with a 13-megapixel primary lens, an 8-megapixel ultra-wide angle secondary lens, and a 2-megapixel depth-of-field sensor aided by a quad-LED flash. As for selfies, the waterdrop notch on the front houses a 32MP shooter, which is astonishing at this price point. In the default camera app, you will find the gallery preview, shutter button and selfie camera toggle at the bottom with various modes like AI Cam, beauty, bokeh, and AR shot above them. On the top, there are toggles for settings, flash, HDR, wide-angle etc.

The camera is backed by AI-enabled scene recognition, which can detect portrait, text, night, backlight HDR, blue sky, sports and more. Based on some preliminary testing, the camera seems to capture impressive shots in broad daylight but did struggle with noise when clicking pictures indoors. I was particularly impressed by the bokeh mode, which was able to detect the edges perfectly but I did notice slight soft edges creeping in. This issue can be rectified by using S4’s manual aperture adjustment, which allows users to adjust the amount of blur. 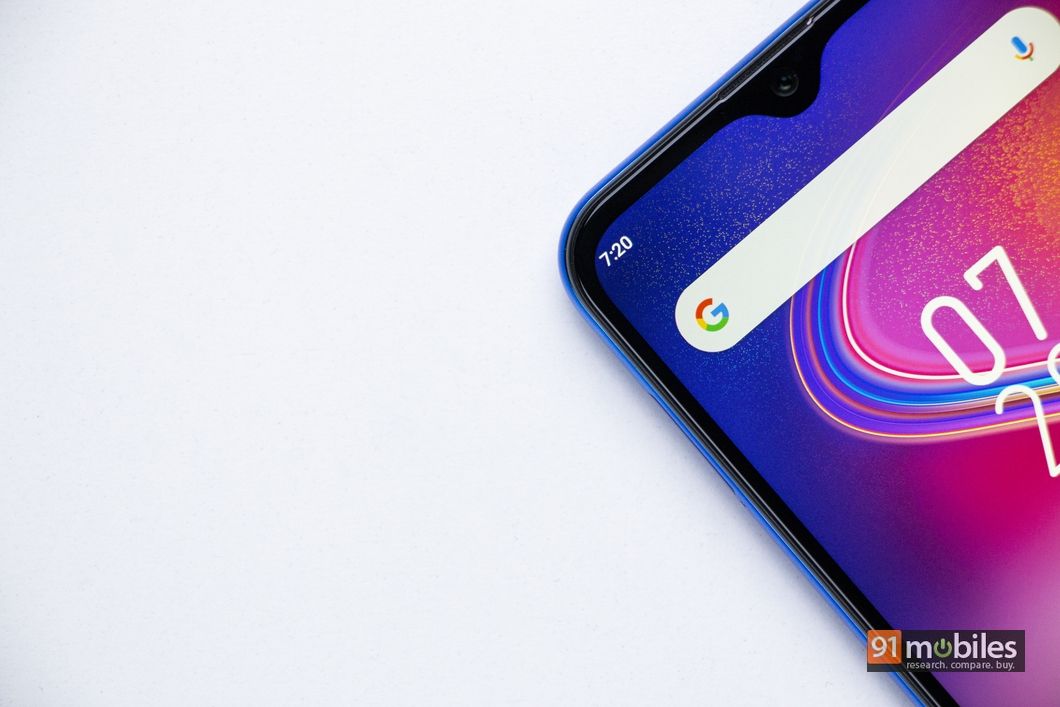 On to the main highlight of the Infinix S4, the 32-megapixel shooter on the front is Samsung’s GD1 sensor and that’s how you know that it’s not a gimmick. The camera uses Tetracell technology, which combines data from four adjoining pixels to capture more data. In the selfie mode, the smartphone offers AI Cam, Beauty, Portrait and AR shot. All modes work as advertised, but the bokeh mode shows a bit of soft edges. Below is a gallery of various modes for you to see for yourself.

As for the design, I won’t be exaggerating if I say the Infinix S4 is arguably the best-looking smartphone at this price point. The Nebula Blue colourway has an attractive gradient finish, which fades into black towards the bottom. The glittering paint job adds to the aesthetics of the polycarbonate-clad handset. The colour also pours over to the sides of the smartphone to maintain the symmetry. However, the paint job on the sides and on the back panel are not an exact match, which triggers my OCD to an extent. Speaking of the back panel, you will find the triple camera module along with quad LED flash in the top left corner and squircle fingerprint scanner with Infinix branding towards the centre. The fingerprint scanner is pretty accurate and easy to locate despite being almost flush with the rear panel.

As for physical elements, you will find the dual nano SIM tray with dedicated microSD slot on left, physical buttons on the right and the speaker grille, micro-USB port as well as 3.5mm jack on the bottom. Below is the gallery of the Infinix S4 to give you a glimpse of it from all angles.

This brings us to the front of the Infinix S4 that houses the 6.21-inch IPS TFT display with a dewdrop notch on the top. I find myself leaning in favour of this particular type of notch as it seems less obtrusive than the sharp ‘U’ or V-shaped notches sported by several phones. The display offers a screen resolution of 720 x 1,520 pixels, which is pretty sharp. The display is pretty vivid and is bright enough to be legible in direct sunlight as well, so no complaints there. Features like the ability to hide the notch, inadvertently (pocket) mode, eye care and read mode are also there to improve the overall viewing experience. However, there is no protective layer on the screen and it’s advisable to apply the provided screen protector to avoid scratches and nicks. 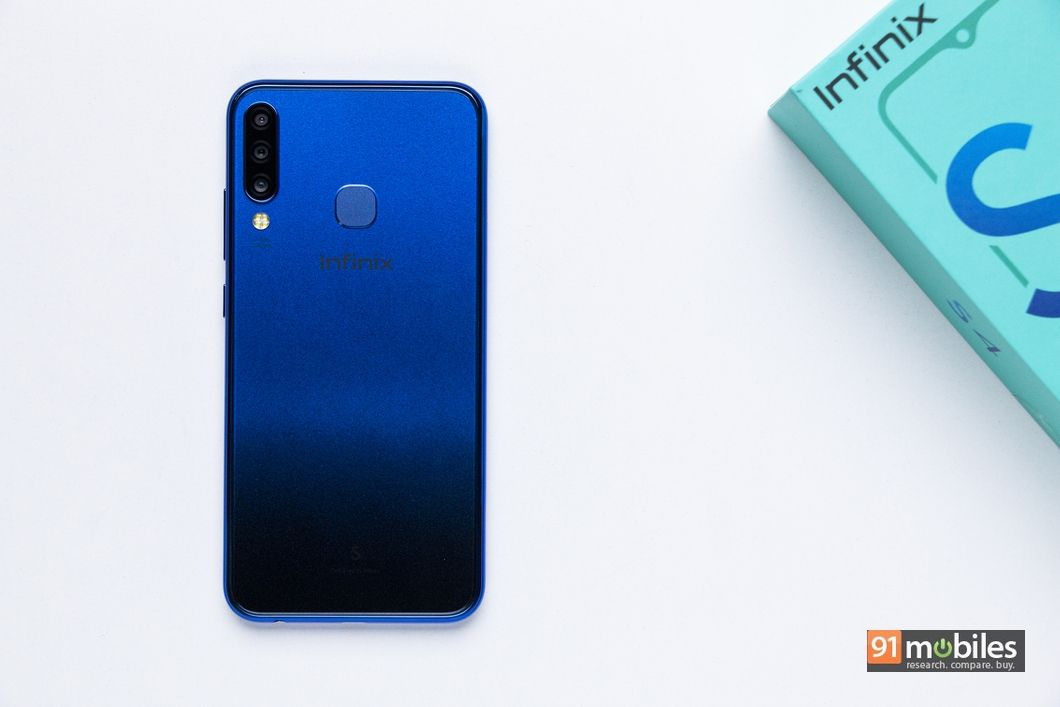 Let’s talk performance now. The Infinix S4 has the MediaTek Helio P22 SoC ticking at its core, which is a 64-bit 2GHz octa-core SoC, which is fabricated using the TSMC’s 12nm FinFET fabrication process. The processor is backed by 3GB of RAM and 32GB of user-expandable storage. Out of the box, the Infinix S4 offers around 19GB to the user with the rest of the storage being occupied by system apps and software. Speaking of software, the Infinix S4 boots XOS v5.0 based on Android 9 Pie. This is a drawer-less interface with a fair amount of bloatware onboard. While third-party apps can be uninstalled to free up space, XOS stock apps cannot be removed. During my brief stint with the S4, the handset performed fairly well with smooth transition between apps during multitasking.

On the battery front, the Infinix S4 flaunts a hefty 4,000mAh cell, which can easily last a whole day on a single charge. However, there is no support for fast charging, which means it might take long to charge the battery. 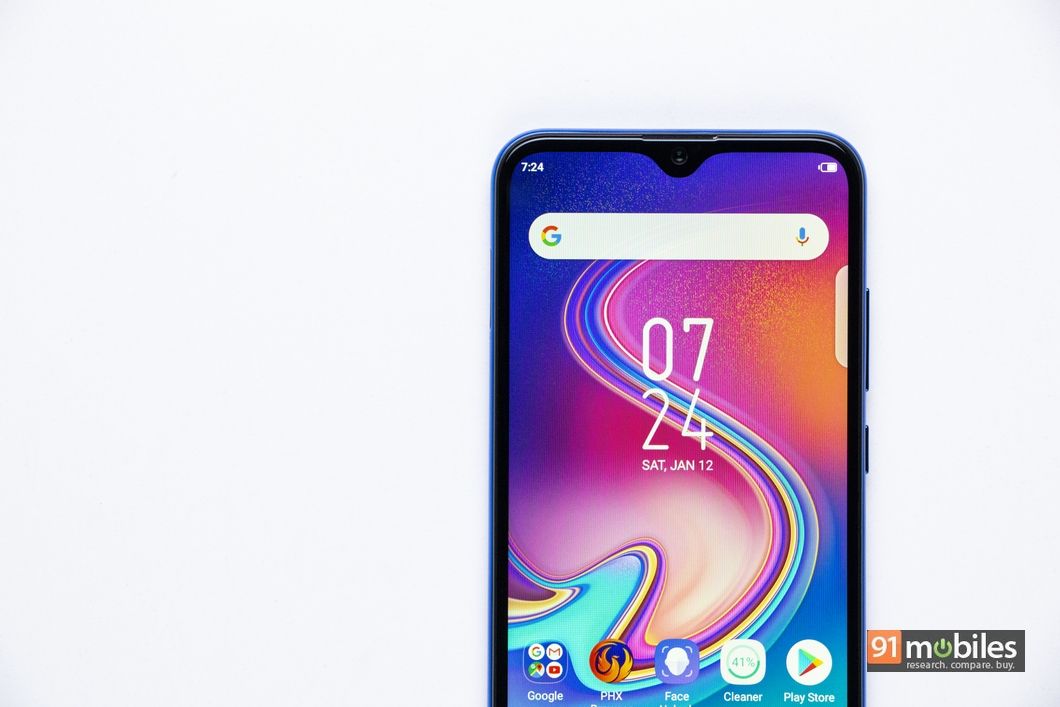 The closest competitor to the Infinix S4 is the Xiaomi Redmi Y3 (review), which also has the same selfie snapper but is missing a lens on the back and is Rs 1,000 more expensive. Therefore, at Rs 8,999, the Infinix S4 sure looks like a compelling offering when it comes to imaging.