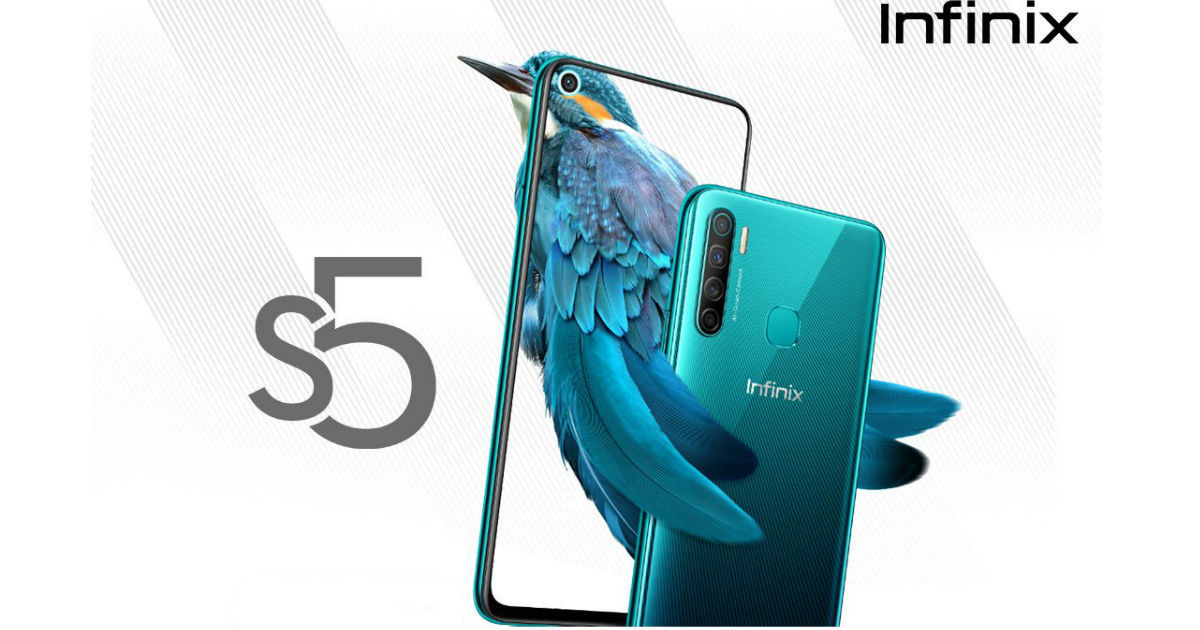 “The Infinix S5 boasts of a punch-hole display, quad rear cameras, and MediaTek Helio P22 SoC ticking at its core”

Infinix has launched the S5 as its latest Android-powered budget offering in India. The Infinix S5 is the first smartphone from the brand with a punch-hole display that paves the way for higher screen-to-body ratio and a quad-camera setup at the back. The other highlights of the phone include gradient finish design, dedicated microSD card, and a beefy battery cell that is rated to up to 15 hours on a single charge. The Infinix S5 also packs AI smart power management tech that learns user’s usage pattern and restricts backstage running and power consumption of rarely used apps to extend the battery life, per the company.

The Infinix S5 has been priced in India at Rs 8,999 for the 4GB RAM + 64GB storage variant. There is no other configuration of the phone, but interested users can purchase the Infinix S5 from Quetzal Cyan and Violet colour options. The handset will be up for sale via Flipkart from October 21st starting 12pm.

The Infinix S5 ships with 6.6-inch Full-HD+ display with 480 nits brightness and a punch-hole for selfie camera at the top-left corner. The screen shares 2.5D glass, narrow bezels, 20:9 aspect ratio, and 90.5 percent screen-to-body ratio. The rear panel of the phone has a 3D glass with “crystal feather” design, AI quad-camera setup at the top-left corner, and a fingerprint scanner at the centre. The cameras sport 16-megapixel (f/1.8) primary sensor along with wide-angle, Super Macro lens, and depth sensor.

The wide-angle has a 5-megapixel resolution and 114-degree field-of-view, while the Super Macro lens has a close range of 2.5cm – which is more than the Realme 5‘s 5cm range to capture images of the subject up close. Lastly, the depth sensor of Infinix S5 sports 2-megapixel resolution and ability to control the blur effect of in portrait shots. The cameras are backed by quad-LED flash, which the company claims can take crystal clear photos even in low light conditions. As for the selfie camera, the phone features a 32-megapixel shooter with AI, f/2.0 aperture, screen flash, AR Animoji, and 3D face beauty.

The Infinix S5 is powered by MediaTek Helio P22 chipset, which clocked at 2GHz and paired with 4GB RAM + 64GB user-expandable storage. Software-wise, the phone boots Android 9 Pie-based XOS 5.5 out of the box. A 4,000mAh battery fuels the handset.