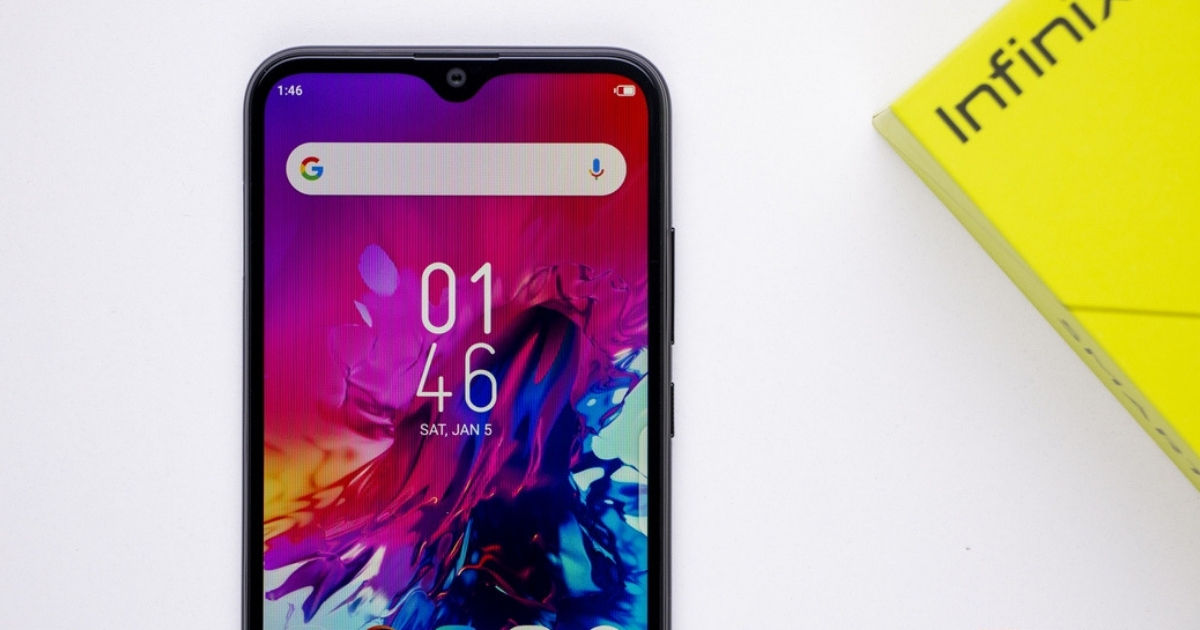 It seems that Transsion Holdings is on a mission to provide premium features to masses at an unbeatable price. The brand recently launched the TECNO Camon i4 (first impressions), which was the most affordable triple camera-toting smartphone in India. Until now that is. Yet another Transsion Holdings-backed brand, Infinix has now launched its Smart 3 Plus in India and at Rs 6,999 it has dethroned the TECNO Camon i4 as the most affordable triple camera-toting smartphone. We received the Infinix Smart 3 Plus in our labs and intend to find out whether it’s a one-trick pony or gets other things right as well. Read on to find out what sort of first impressions Infinix Smart 3 Plus leave on me. 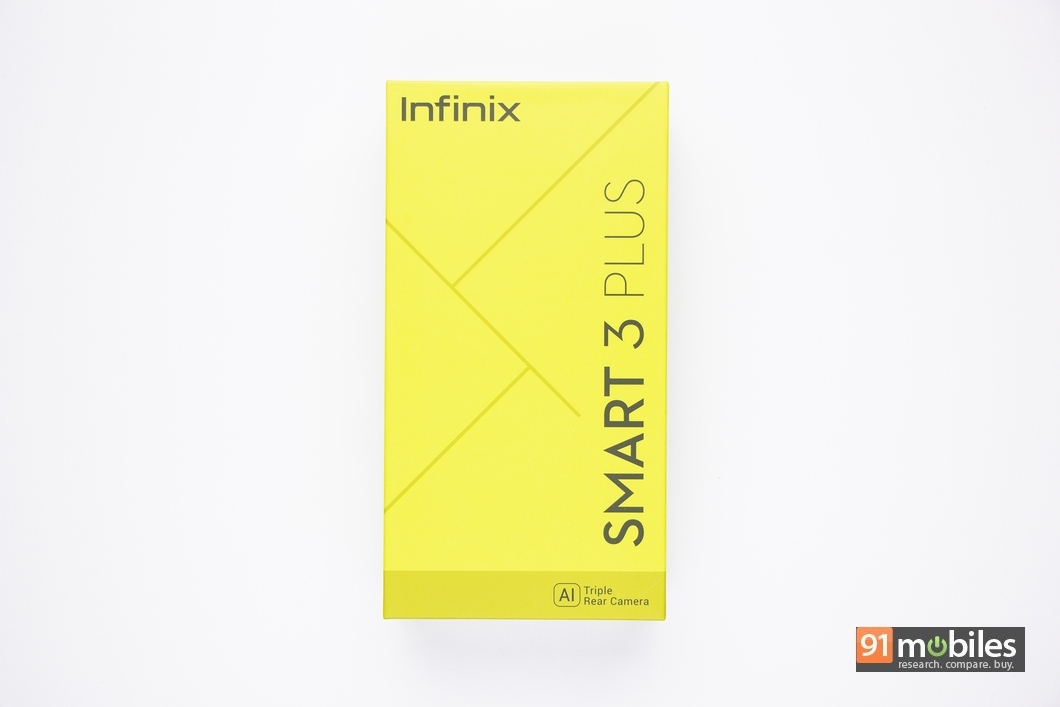 The Smart 3 Plus comes packed in a bright neon green box with minimal branding all around and core specs listed on the bottom. Upon lifting the lid, you will find the Smart 3 Plus atop a cardboard tray. Underneath the tray, you’ll find a wall charger, micro-USB cable, SIM-ejector tool, protective case, screen protector and documentation. The protective case deserves a mention here as it’s not really protective per se. The sides of the case are missing and there is a quirky graffiti-like design on the back and despite it being slapped on, the smartphone slips from your hand which is kind of odd. As with most budget handsets, there are no earphones in the package as well. 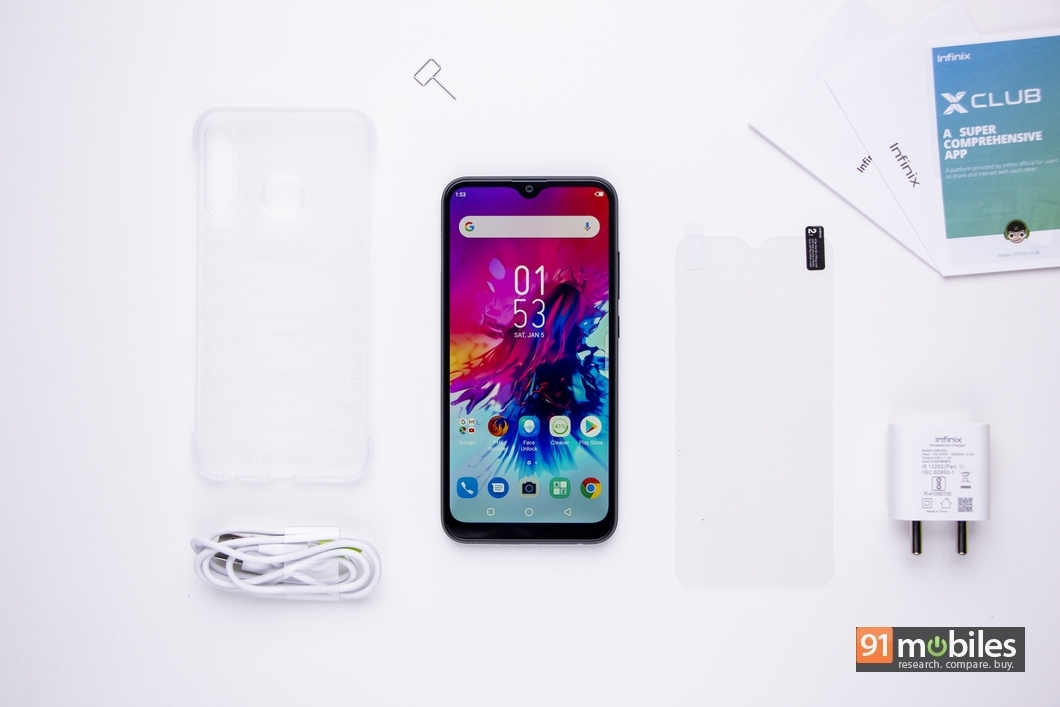 As for the design of the Smart 3 Plus, you can instantly tell that the handset is an entry-level offering as soon as you hold it as there’s no heft to its build. However, the saving grace is the glossy finish on the plastic body, which gives it a glass-like appearance. Right off the bat, the rear panel reminds me of the Samsung Galaxy A9 2018 (review) as it has the same positioning for a vertically-aligned camera module (even though the Infinix phone houses three sensors and LED flash) in the top-left corner and a squircle fingerprint scanner towards the centre. You will find the textured power button along with volume keys on the right spine and dual-SIM tray with a dedicated microSD card slot towards the left. The loudspeaker grille, micro-USB port, mic and a 3.5mm audio socket are located at the bottom, whereas the top edge has been left bare. 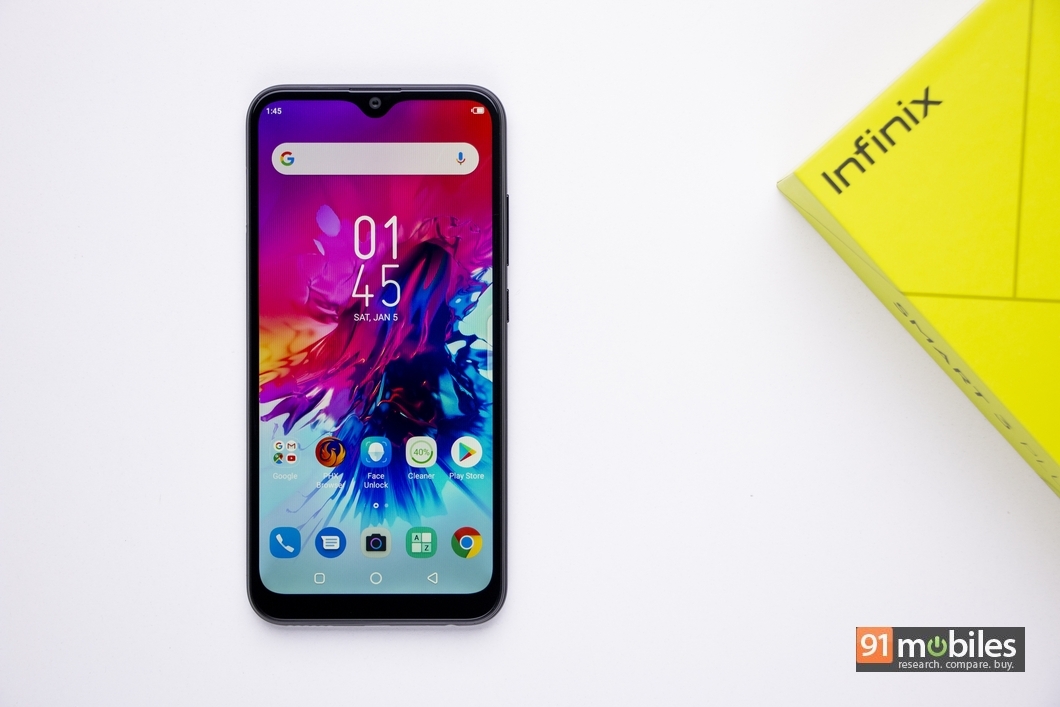 At the front, the handset features a 6.2-inch display with a dewdrop notch up top and an HD+ resolution. The screen however, does have considerable bezels all around including a thick chin. The brightness is slightly on the lower side, which will make you squint your eyes slightly in direct sunlight. Apart from that, the colours, sharpness and visuals are pretty good. Infinix has also loaded the handset with display-specific features like the option to hide the notch, eye care mode, read mode and inadvertent mode to prevent accidental touches in the pocket.

During my short stint with the smartphone, MediaTek’s entry-level Helio A22 quad-core chipset ticking at the core of the smartphone performed quite well for an affordable smartphone. The processor is accompanied with 2-gigs of RAM and 32GB internal storage, which can be expanded up to 256GB. Of the internal storage, 24.13GB is available to the user and rest has been taken up by the OS and system apps. Speaking of the OS, the Smart 3 Plus boots proprietary XOS v5.0 based on Android 9 Pie. The software is loaded with bloatware, which can be thankfully uninstalled. Apart from that, there are features like Smart Panel, Intelligent Voice Broadcast, Action and Gestures, Battery Lab and XOS Lab for new features. 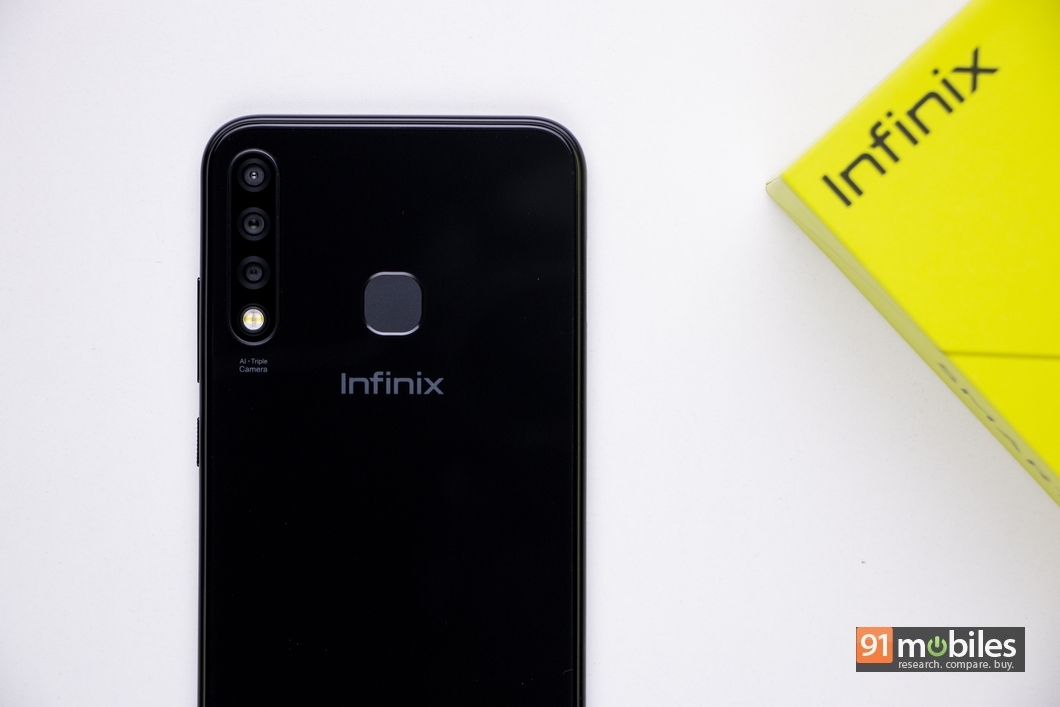 Let’s talk about the highlight of the Infinix Smart 3 Plus now, shall we? The triple-camera module on the back panel is home to a 13-megapixel f/1.8 primary camera, 2-megapixel depth-sensing unit and a low-light sensor. The camera module is further backed by PDAF, dual LED flash, Auto Scene detection (up to 8 scenes), AR stickers, AI Portrait, AI HDR, AI Beauty, AI Bokeh, Night, and Sports. For selfies, you get an 8-megapixel f/2.0 shooter with AI, beauty mode, portrait mode and AR stickers. The initial shots taken using both rear and front cameras were decent. I was particularly impressed by the low-light as well as the portrait shots, which are pretty good for the price Infinix Smart 3 Plus comes for.