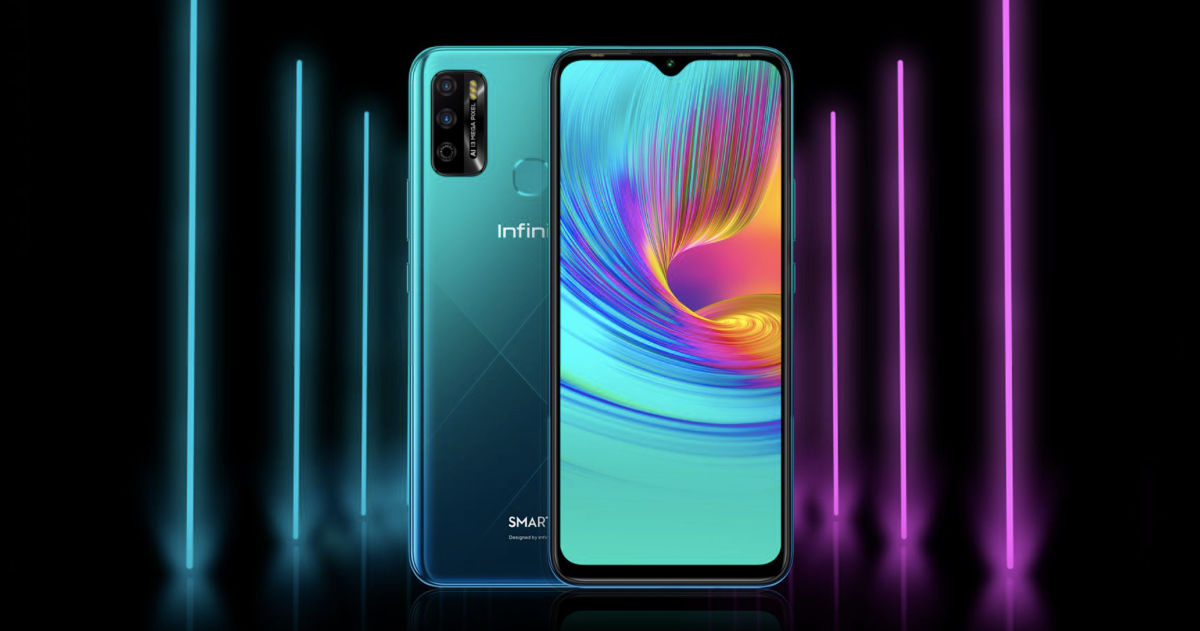 Infinix Smart 4 Plus is set to launch in India on July 21st and the company has started teasing some features about the smartphone. The upcoming Infinix phone will go on sale on Flipkart and a dedicated microsite on the platform has now revealed the design of the smartphone and that the Infinix Smart 4 Plus will launch with a massive 6,000mAh battery. This is one of the biggest battery capacities you will find on a smartphone right now. There are a few phones that come with a 6,000mAh battery in India such as the Samsung Galaxy Galaxy M31, Galaxy M21, and Tecno Spark Power 2, among others.

Infinix claims the 6,000mAh battery on the Smart 4 Plus will deliver up to 23 hours of video playback or 44 hours of music playback or 15 hours of gaming on a single charge. The company has not revealed, however, whether the smartphone supports fast charging. With a battery as big as this, fast charging support would be expected.

Infinix Smart 4 Plus design has also been revealed on Flipkart. The phone will come with a large waterdrop display up front, although the exact size and resolution is yet to be revealed. At the back, the phone will get a fingerprint sensor and what looks to be a triple camera setup with a 13MP main sensor. The other two cameras are still unknown at the moment. We expect the company will reveal a few more details about the smartphone in the days leading up to its launch on July 21st.

Feel it to the core like never before. Can’t guess what it is?
Unveiling on 20th July. Stay Tuned!#SoundsLikeNeverBefore pic.twitter.com/b3CO2Q0Nt2

Infinix is also teasing the launch of a brand new audio product in India on July 20th. This could very likely be part of the Infinix SNOKOR series that we reported on a few days ago. Infinix Mobile CEO Anish Kapoor told 91mobiles that the company will be launching affordable truly wireless earphones in India soon and it seems that’s what’s happening on Monday. The TWS earbuds are expected to take on the likes of the Realme Buds Neo and Redmi Earbuds.