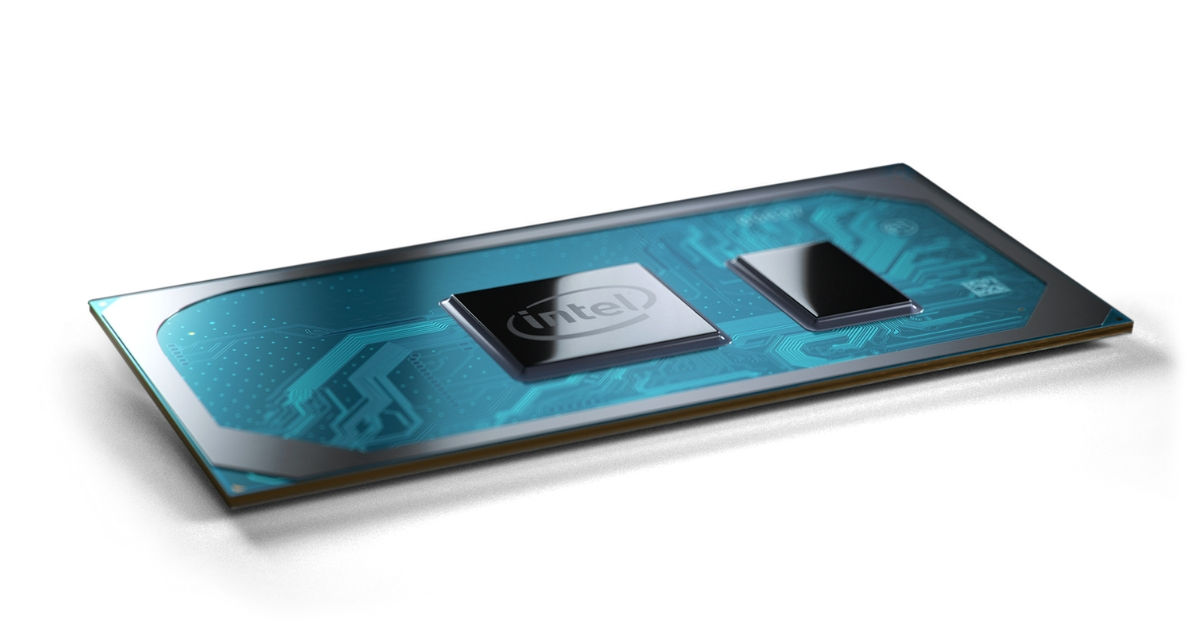 “Intel’s 10th-gen chipsets currently include 11 SKUs with up to four cores and turbo clock speed of 4.1GHz”

Intel made its biggest leap this year with the launch of Ice Lake chipsets. Based on 10nm fabrication process for the first time ever, the series marked a significant architectural upgrades for the San Diego-based chipmaker since the launch of Skylake processors back in 2015. Ice Lake-based laptops have already started making their way to the market, since MSI has already launched a variety of offerings in the subcontinent, while brands like Acer, Dell and Lenovo have announced new rigs that should be launching in the country soon. 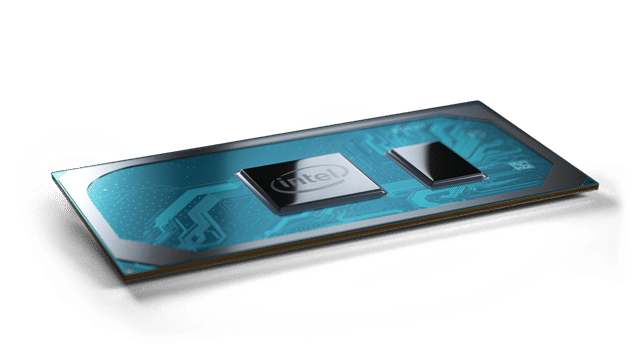 Before that however, Intel gave us a chance to check out STS, which utilises the all-new Core-i7 1065G7 CPU inside. While we couldn’t push it to limits in such a short time, we ran a flurry of benchmarks on the device to assess its performance. So if you are wondering what kind of performance could you expect from the 10th-gen-powered laptops, you’ve come to the right place.

It’s worth mentioning that the 10th-gen processors from Intel are further categorised into 10nm Ice Lake Chips and 14nm Comet Lake Chips, with the latter offering slight improvements over 9th-gen Whiskey Lake CPUs. The focus of this article however, is on the Ice Lake processors, since they mark a paradigm shift for the silicon giant.

The Ice Lake series currently includes 11 chipsets, ranging from the entry-level Core i3 processors and going all the way up to the Core i7. The lineup has 11 processors with up to four cores and eight threads, while the clock speeds go up to 4.1Ghz (in the Turbo mode). Similar to its predecessors, the chipset is available in U and Y variants, with the latter aimed at sleek form factors. 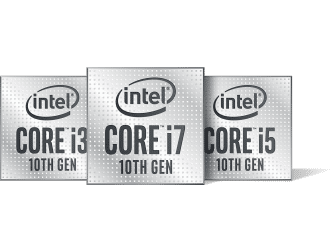 The chipmaker is also highlighting the fact that 10th-gen-toting laptops can play titles like Battlefield and Fortnite without an external graphics card, all thanks to the integrated 11th-gen graphics.

Along with core performance, Intel’s Ice Lake also focuses on bringing the latest connectivity standards to the table. These include Wi-Fi 6 (formerly Wi-Fi ax) that promises to offer up to 3x better wireless speeds and Thunderbolt 3. Then there’s support for AI with Deep Learning Boost (DL Boost) that promises up to 2.5x better processing for related tasks.

I got access to Intel’s Software Development System, which is a reference PC for OEMs to gauge the capabilities of the brand’s latest chipsets. The machine came powered by the Core i7-1065G7 CPU which is a quad-core chipset with eight threads and Turbo clock speed of 3.9GHz. It was working alongside 8GB DDR4X RAM. 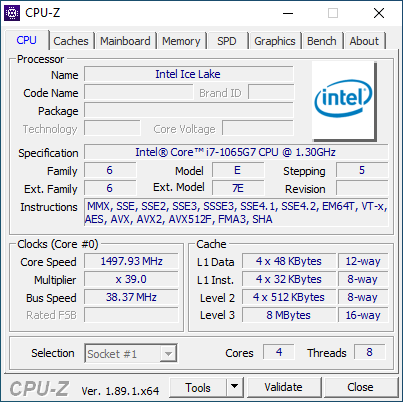 Worth noting that the devices powered by the processor can have a TDP (thermal design power) of 15W or 25W. Since it was an SDS, I could switch between the two TDPs, and I used the machine with the latter. 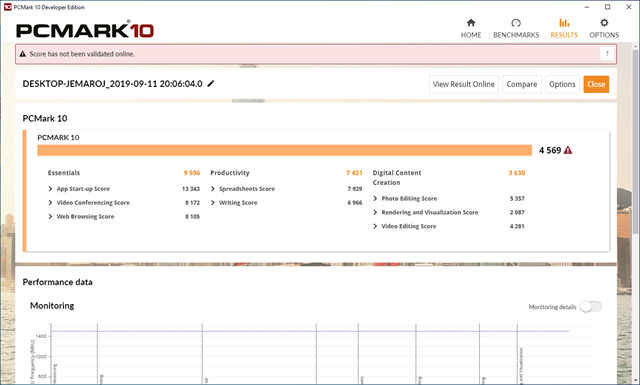 PCMark 10 is one of most comprehensive benchmarks that test the machine under various workloads, be it basics or intensive tasks like number crunching on Excel or video editing. The laptop scored 4,569 on PCMark 10, which is quite good especially if you consider the score for Essentials and Productivity, which is 9,596 and 7,431, respectively. 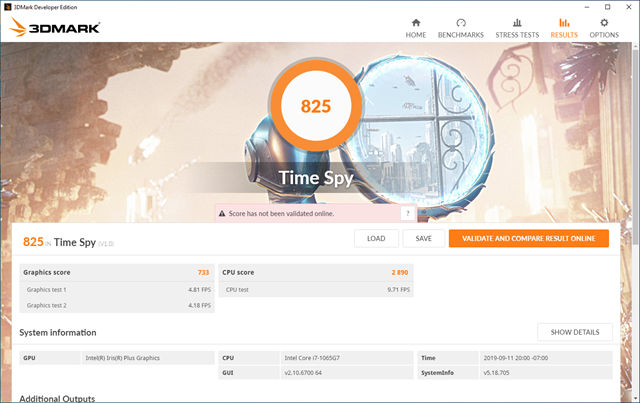 With gaming becoming more commonplace for laptops, Intel has put in a lot of efforts with its latest-gen chipsets. The fact that you could play some of the popular titles without the need for a dedicated GPU is a biggest testament to that. So it’s not surprising to see the SDS managing to achieve 825 on 3DMark’s Time Spy. 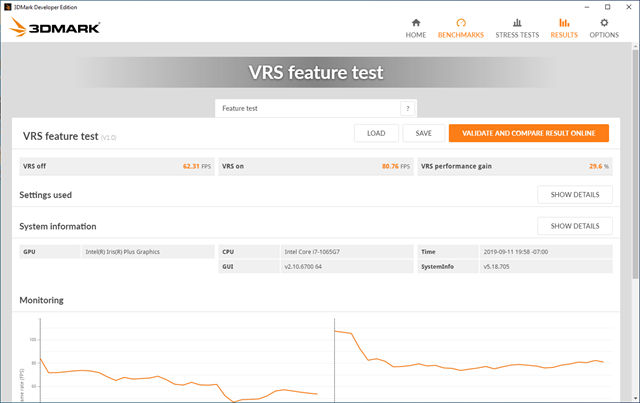 Another highlight of the Ice Lake chips from Intel is that they support VRS (Variable Rate Shading), a rendering technique which increases the rendering performance by varying the amount of processing power. This not only ensures better visuals, but power efficiency too in case the particular region doesn’t require the same processing power. This reflects on the VRS test too, as the device performed ~30 percent better with the feature turned on, delivering frame rates of 80.76fps as compared to 62.31fps when it wasn’t running. 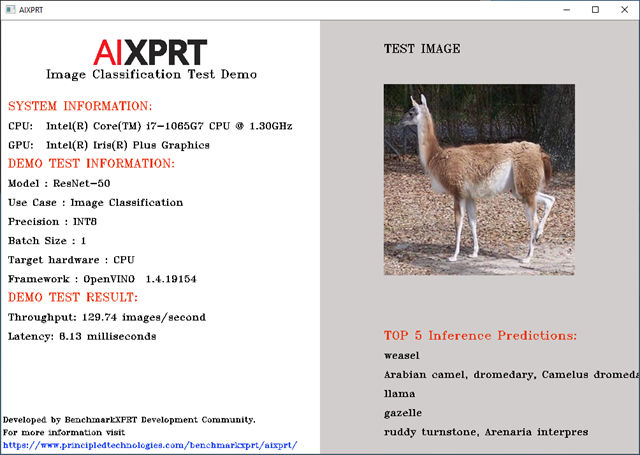 With smartphones offering AI capabilities, it was only a matter of time before laptops boast the same prowess too. Intel’s 10th-gen chips come with dedicated hardware for the same, and hence promise faster processing speeds for such tasks. Upon running AIXPRT which tests how long the device takes to recognise a set of images, the throughput was 129.74 images / second while the latency was 9.13milliseconds.

While I’d have loved to test out the rig with more benchmarks, and see how well it performs under real-life usage, it’s evident that the Ice Lake chips offer several advancements. With brands like Dell and MSI already launching their laptops in India with the latest CPUs from Intel, we are excited to check them out and see if they’re worth the wait…

Disclosure: this writer was in Mumbai on Intel India’s invitation