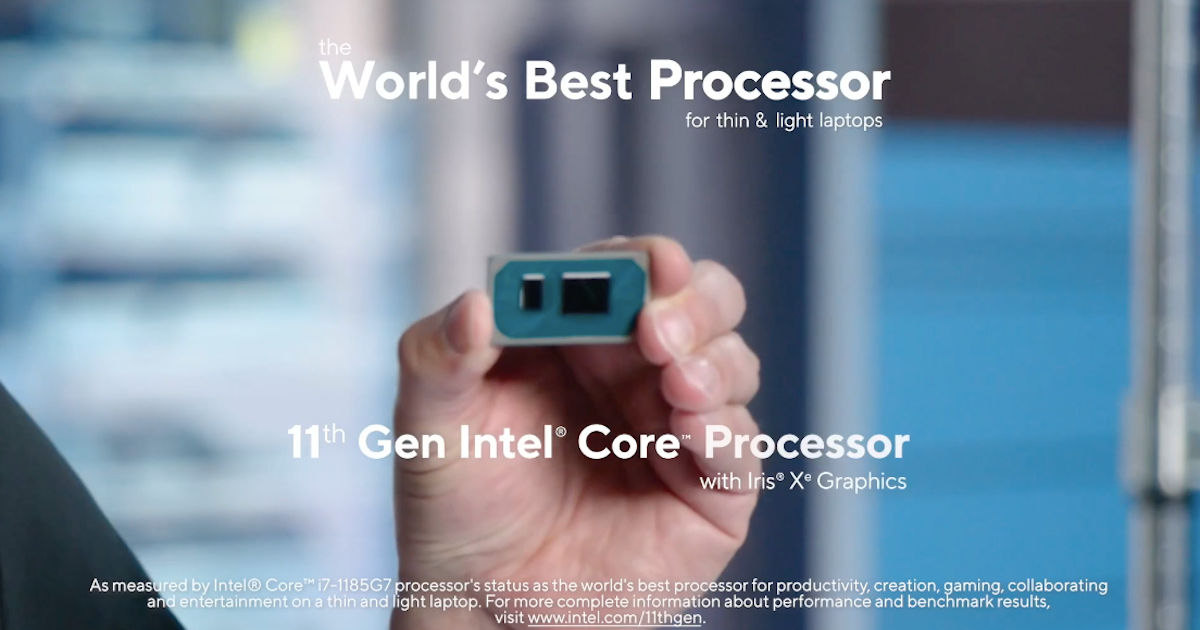 Intel has launched new high-performance SKUs across Core i3, Core i5, and Core i7. Gregory Bryant, Executive VP and GM of the Client Computing Group, said the 11th Gen Intel Core processor is the “best processor Intel has ever built.” The Tiger Lake processor clocks at up to 4.8GHz and comes integrated with Intel Xe graphics.

The new 11th Gen Core processor also touts improved AI performance with the ability to drown out background noise and focus on the speaker’s voice during video calls. OEMs like Acer, Dell, HP, Lenovo, Samsung, and Asus will launch the first set of laptops powered by the new Tiger Lake processors. Intel says over 50 laptops will be launching for the upcoming holiday season.

Intel claims the Tiger Lake processor delivers over 20 percent improvement in CPU performance, up to 2x improvement in graphics performance, and 5x better AI performance. In addition to Thunderbolt 4, the 11th Gen Intel Core processor is also USB4 compliant and is the first mobile processor with PCIe Gen 4 which enables direct SSD attached with up with 32 Gbps. The processor can also support up to four 4K monitors.