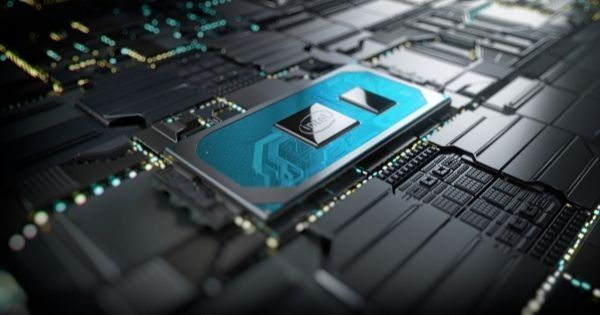 Earlier this month, Intel launched 11 new 10th generation Core Mobile processors that were meant for laptops and 2-in-1 PCs. Now, the chipmaker is expanding the portfolio with the launch of 8 more 10th generation Core Mobile chipsets code-named ‘Comet Lake’. According to Intel, these new processors offer more performance and improved battery life on 2-in-1 computers and ultrabooks. Compared to the previous generation, users can expect double performance gains. The new lineup also includes Intel’s first 6-core U series chipset.

The new processors launched feature some of the goodness of the 10th generation Intel Core Mobile chipsets that were announced earlier this month. However, the chipsets are developed using a 14nm process and not the 10nm process used for the previous Ice Lake CPUs. They do not feature the Intel Iris graphics and instead come with older integrated graphics. The chipsets do, however, come with the new Intel Wi-Fi 6 (Gig+) connectivity. These processors are available from Core i3 to Core i7 and come with a maximum of 6 cores and 12 threads. The most powerful processor in the new range offers a max turbo frequency of 4.9GHz.

Intel has equipped the new chipsets with a maximum of 12MB Intel Smart Cache. The new chipsets are available in U-Series, which is meant for maximum performance and offer up to 25W TDP. These processors also support up to LPDDR4X 2933 and DDR4 2666 RAM. On the other hand, the Y-Series processors are meant for thin-and-light ultrabooks. These can be configured with up to 9W TDP with 4.5W being the lowest. Manufacturers can use these chipsets on laptops with fanless design. The Y-Series supports LPDDR3 2133 RAM.

For graphics, the processors ship with the integrated Intel graphics with up to 1.15GHz clock speeds. The new processors will also come with Intel Adaptix Technology that supports faster wake, multiple voice assistants, and more. According to Intel, laptops and 2-in-1 devices with the new range of 10th generation Intel Core Mobile processors will be available during the holiday season this year. The best laptops and 2-in-1 PCs will also carry the “Engineered for Mobile Performance” tag and will be available both online and at retail stores.