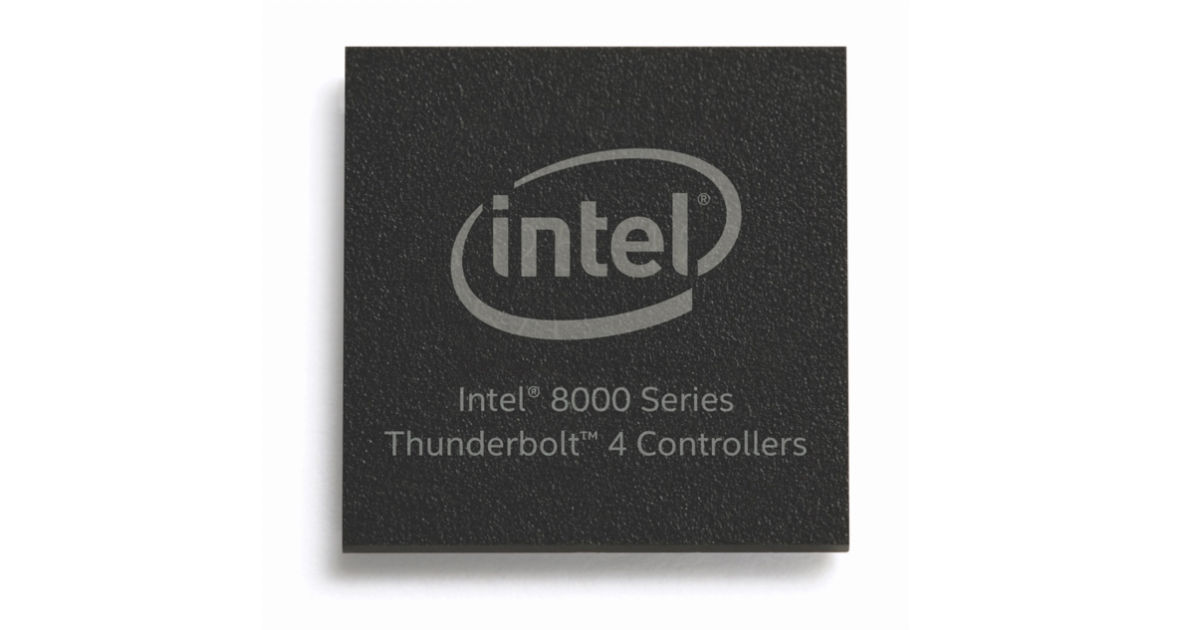 Thunderbolt 4 will continue to deliver the same 40 Gb/s speeds as the previous generation standard. It will be compliant with USB4 and intel says it will also adds that Thunderbolt 4 docks will offer up to four Thunderbolt ports for the first time. Intel has also announced the Thunderbolt 4 controller 8000 series, which is compatible with millions of Thunderbolt 3 PCs and accessories that are already available.

“We expect Thunderbolt 4 products to be an inflection point for accessory makers who depend on PCs and Macs to offer an industry-leading set of product capabilities for a consistent user experience,” said Ben Thacker, vice president and general manager at Kensington. “The advancements in Thunderbolt 4 will help Kensington redefine the modern workspace of the future.”

Not only is Thunderbolt 4 compliant with USB4, but it also supports DisplayPort and PCI Express (PCIe) as well as previous generation Thunderbolts and USB products. The new Thunderbolt 4 standard requires double the minimum video and data requirements of Thunderbolt 3, which means it requires support for two 4K displays or one 8K display and a minimum data transfer speed of 32 Gbps for PCIe and up to 3,000Mbps storage transfer speeds. Intel says the first computers and accessories with Thunderbolt 4 ports are expected to be available later this year.