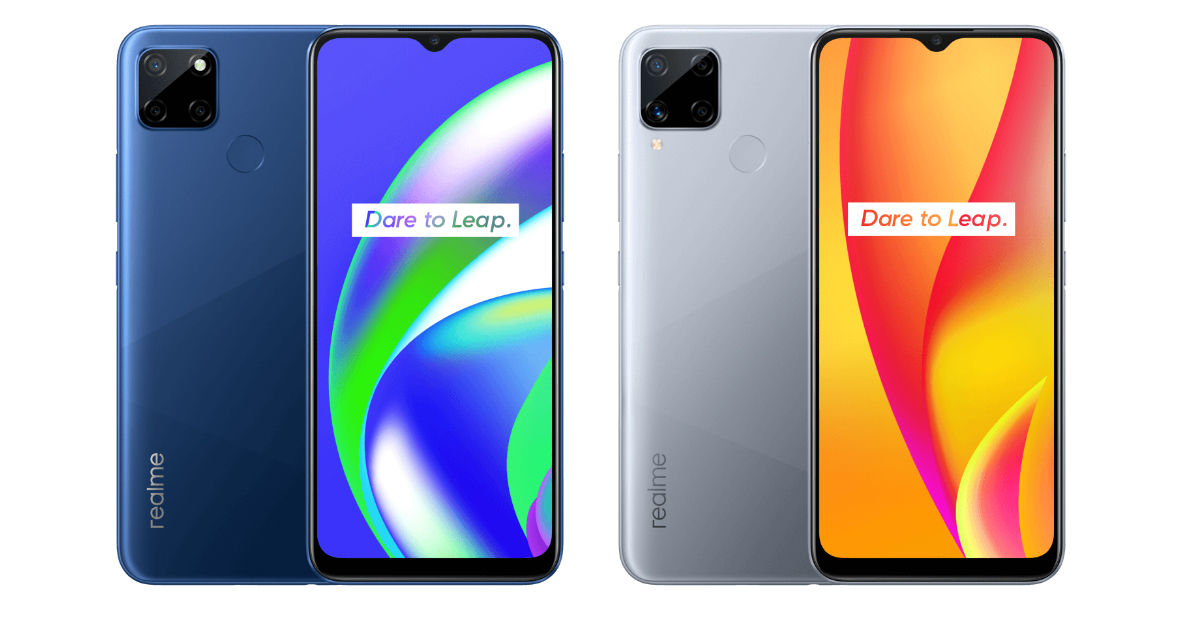 Realme has achieved a strong position in India over the years by launching consistently attractive and powerful phones in the budget and mid-range segments. The Realme C series, for example, has catered well to the entry-level smartphone buyer with phones like the Realme C1, Realme C2, and Realme C3 selling in massive numbers. These phones have now been replaced by the Realme C11, Realme C12, and Realme C15, the latter two having been launched in India on Tuesday. At the sidelines of the launch, Realme India CEO Madhav Sheth spoke to 91mobiles on the new Realme C-series phones and what can be expected from the brand in the near future.

91mobiles: Realme C12 and C15 are the third and fourth phone in the C series in 2020. How many more models can we expect in the series this year?

Madhav Sheth: So far we don’t plan to launch any new C-series models after Realme C12 and Realme C15 this year. Previously we used to launch one C-series smartphone every 6 months. Now as we have redefined the Realme C series, and in a period of 6 months, we shall launch 2-3 new models, which will cover different price segments. For example, Realme C11 is priced at Rs 7,499; Realme C12 is priced at Rs 8,999 and Realme C15 is priced at Rs 9,999 (3GB+32GB) and Rs 10,999 (4GB+64GB). They are developed for catering to different sets of customers keeping in mind that even a price difference of Rs 500 matters for this particular entry-level segment.

Customers purchasing in 2020 will be more towards budget & mid-range smartphones. Our entry-level C series has been a hit among customers, and now, we are redefining the series with our new models. The number of models to be launched is not fixed, but we will launch more based on our customer’s feedback and the market demand.

91mobiles: Realme C series started with Qualcomm-powered phones but has now shifted to MediaTek-powered phones. What is the reason?

MS: There are multiple factors to be considered when selecting a processor for a smartphone which include the cost, the performance, and most importantly the customers’ recognition. We found MediaTek Helio G35 a very strong processor in the entry-level segment, and for that reason, we selected it for our Realme C series. Probably being the most customer-oriented brand in the industry, we constantly check the feedback of our consumers, regularly. If we see the demand for a Qualcomm SOC in C-series, why not? Maybe we will launch the Qualcomm version of C11, C12, and C15 if the customers ask for it in the near future.

If we see the demand for a Qualcomm SOC in C-series, why not? Maybe we will launch the Qualcomm version of C11, C12, and C15 if the customers ask for it in the near future.

91mobiles: Realme C series phones started at around Rs 5,000 but have now touched Rs 10,000. Don’t you think that you are losing your low budget segment users?

MS: We observed the diversified requirements from entry-level smartphone users post GST hike, and to cater to their need, we have refined the product portfolio of C series covering Rs 5k to 10k price segment as “Entry-level Value King”.  Despite launching new C-series models, we don’t think we are losing out to low budget segment users. This is because the phones which were considered low budget phones at Rs 5K, due to GST hike, are now available in Rs 6-7K price segment, for which we still have amazing products like Realme C2 priced at Rs 6,499. Realme C series is also allowing low budget segment users to explore more options within a minimal price difference of Rs 500 – Rs 1000, due to which our consumers can experience best-in-class technology at affordable prices. This is further strengthening our user base, especially in the entry-level segment.

The first Realme C-series models are starting from Realme C1 priced at Rs 6,999, then comes Realme C2 priced at Rs 6,499. Till today Realme C2 and Realme C3 are the hot-selling phones and have a strong holding in the entry-level segment. Our new C-series is designed in a way so as to cover price-segments from Rs 6,000 to Rs 10,000 with recently launched Realme C11 being priced at Rs 7,499. This segment is the volume driver in the smartphone industry, and so we are not losing our focus.

91mobiles: Realme C12 and C15 have big batteries. This is a good thing, but what are the security features in the two phones?

In addition, we are introducing the super power-saving mode! In this mode, you can select six most-used apps to be active and achieve an extremely long battery life. At the same time, the phone will turn on a more aggressive power-saving strategy. Now, you might wonder why just six apps? According to our study on user behaviour, most people only use these six apps in 70-80% of their entire usage time on the phone. With the super power-saving mode from Realme, you can greatly increase battery life without compromising on daily user experience.

We have tested both the models in super power-saving mode and the result is really impressive! With only 5% of battery, you can use Whatsapp or Youtube for two hours straight! If you have an emergency, you can easily make a continuous call for 2.45 hours. And in case you are not carrying your charger, it can easily sustain 2.9 days until you find a charger.

91mobiles: There are some other Realme phones available in the 10K budget. Don’t you think that you are competing with your own models?

For sections of customers who are buying sub-10k budget phones, even a small amount like Rs 500 matters a lot

91mobiles: Through the C series, you are promoting gaming in the budget segment. Where do you think India’s gaming market is going?

MS: Due to COVID-19 and subsequent lockdowns, users have moved more towards online gaming, which has acted as an incentive for the gaming industry to introduce newer games. Also, with the increasing level of internet penetration and digitization of consumers, we believe that more players in the gaming industry would capitalize on the opportunity, and significantly contribute to its growth.

According to a report released by Maple Capital Advisors, titled ‘Gaming – India Story,’ Indian Gaming Industry is expected to grow 41% annually and is set to be valued at $3,750 million by 2024.  Online games have emerged as one of the hot-favorites, especially among young consumers, and 60% of India’s online gamers are below the age of 24, according to research conducted by All India Gaming Federation in 2019.

91mobiles: Why should a consumer consider Realme phones in the low budget segment?

MS: There are two unique things that Realme is providing to its customers – the best design in the industry and the No.1 Quality brand with strict Quality Control. We provide advanced features in the low budget segments which are of utmost importance in this price category – big battery and big display. All these key factors have created a renowned name: Realme C-series. Customers know very well what brand to buy when it comes to sub-10k phones.

For the lower budget segment, we bring industry-leading technology, innovative designs, powerful performance, massive batteries, and quality camera experience, through our entry-level smartphones. These are the features that a consumer can experience only in slightly higher price segment smartphones.

Not only this, but we also provide consumers with more options to choose in low budget segments with different price ranges with a focus on specific features catering to the various requirements of the consumer. You won’t find products of such quality with exceptional features anywhere else in the market.