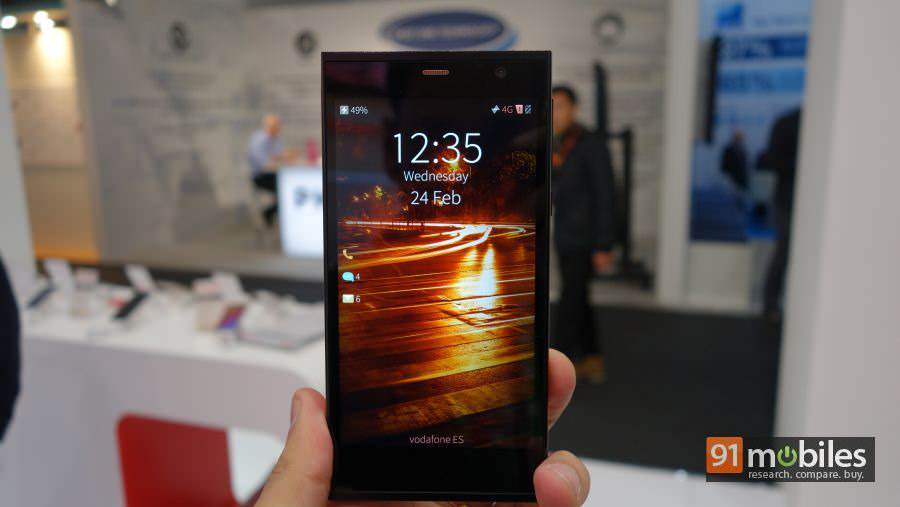 “Not just with its OS, the Aqua Fish stands out with its retail packaging and design as well”

The dynamic Indian smartphone market is seeing a lot of changes these days. While it was a playground for homegrown brands until about a few years ago, now the popularity charts (related read: Mobile phone landscape – India 2015) are dominated by Chinese companies along with global manufacturers like Apple and Samsung. However, not all Indian brands have bitten the dust, and Intex is one such brand that has managed to stay relevant with its value-for-money offerings. 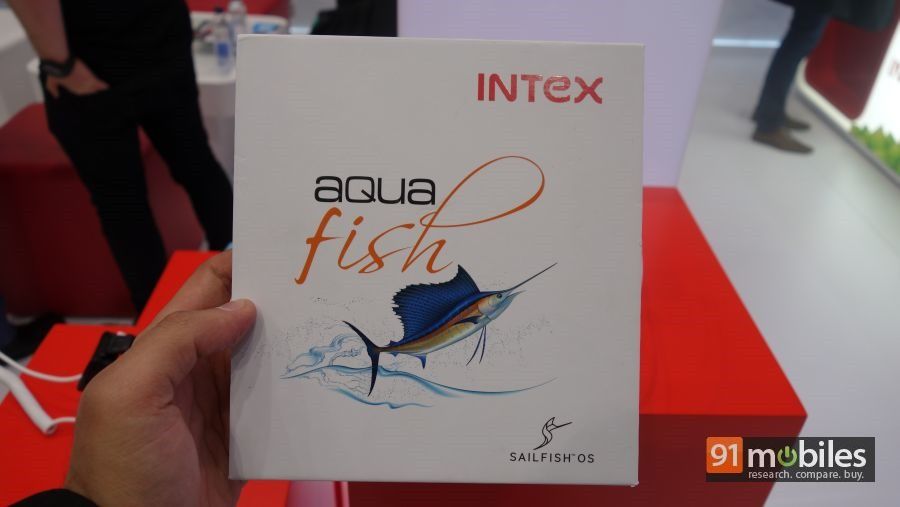 Now, the homebred brand is taking the next leap in a bid to differentiate itself from the competition, with the official unveiling of Aqua Fish. Unlike most of its smartphones which are powered by Android, the Intex Aqua Fish runs Jolla’s Sailfish OS, which is an open and independent operating system made by ex-Nokia employees. The device was originally announced at MWC Shanghai last year, and was showcased again at MWC Barcelona. We got a chance to play with the device and check out its retail packaging. So without wasting further time, let’s unbox the device, and share our hands-on experience. With the Aqua Fish, Intex wants to make a statement that it’s different from other offerings in the market, and its retail box also gives the same impression. The rectangular box sports the phone’s image up front, and a mention of the key specs at the back. But when you open the lid, you come across interesting pages in a book-like format. These pages highlight various features of the Intex Aqua Fish, and once you open them all, the phone greets you. Beside it, there’s a box that has all the accessories – stereo earphones, a wall charger and a micro-USB cable. 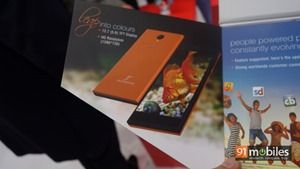 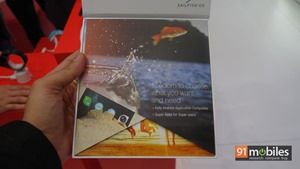 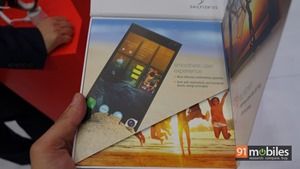 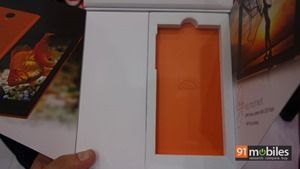 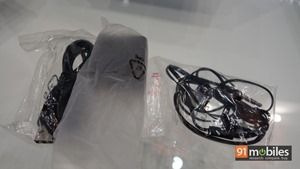 The Intex Aqua Fish makes a bold statement with its colour scheme. The bright orange instantly draws your attention, and the good part is that it isn’t too shiny either, making it appear classy as well. Similar to the original Jolla phone, the device seems to be made from two parts – front and back, although unfortunately, it doesn’t mean that you can replace the rear cover with different hues, a backplate with solar panel, etc., which was possible with the Jolla smartphone. 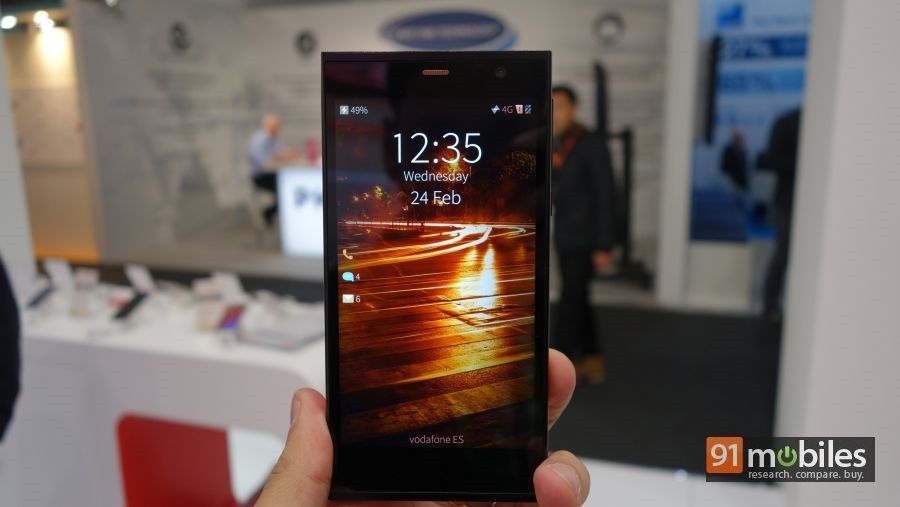 Thanks to a 5-inch display, the Aqua Fish manages to be compact, and can be held easily with a single hand. While it’s made out of plastic, it doesn’t come off as a cheap device, since the plastic seems to be of high quality. 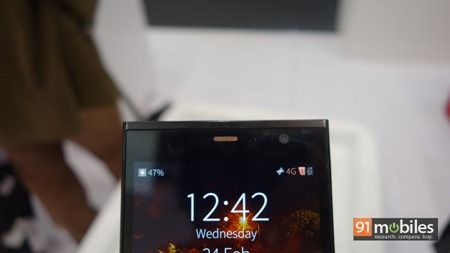 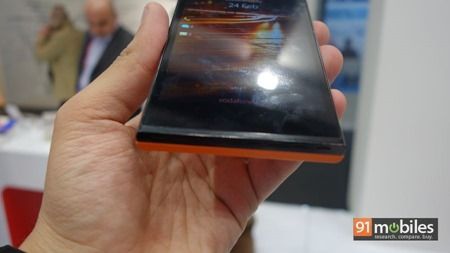 While the display covers the major portion at the front, it’s accompanied by an earpiece, a couple of sensors and a secondary snapper above. There are no hardware keys, and in fact, there are no keys at all, since the Sailfish OS offers a new way of navigation, and we’ll discuss that in a bit. The right spine offers the power button and the volume keys, while the left edge is barren. Both the 3.5mm audio socket and a micro-USB port for charging are present at the bottom. 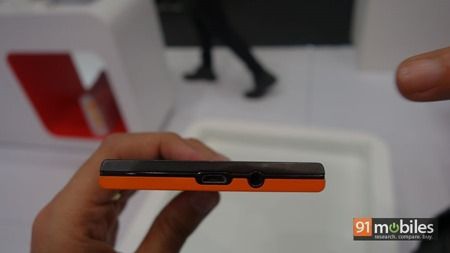 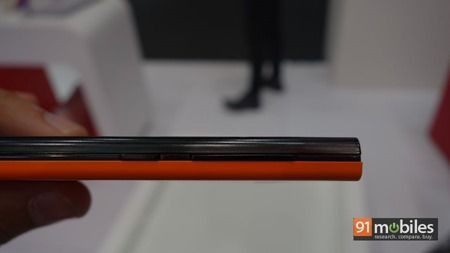 The backplate is removable and features a smooth finish. Both the primary camera along with the LED flash and the speaker grille can be found here. Bearing a resolution of 1,280 x 720 pixels, the 5-inch display offers good visuals and impressive colours. Of course, it’s not the sharpest display out there, but it does the job and manages to offer decent brightness levels too. 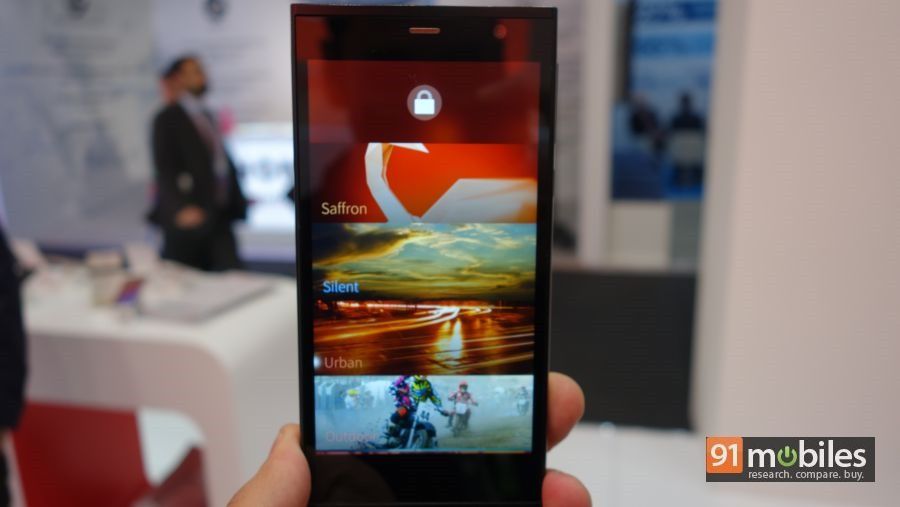 The Aqua Fish gets its name from the fact that it runs Jolla’s Salifish platform. The OS presents a radical departure from Android and iOS interfaces, with all the navigation happening through gestures. With v2.0, it also offers even more features along with under-the-hood performance improvements. The homescreen doubles up as a live screen of all the apps that are currently running in the background. Swiping towards the left brings up the notification center, bringing up all the notifications from different apps at one place. If you swipe from above, then you get an option to change the ambience (theme and colour scheme of the interface), while swiping from below opens the app drawer. Talking about apps, the OS supports Android apps, which means you can download any third-party app store to access the vast library of Android titles. Sailish OS 2.0 offers a lot more functionality, although the pre-production model of the Aqua Fish was running its demo version. So, we’ll discuss the OS in detail when we will review the smartphone. 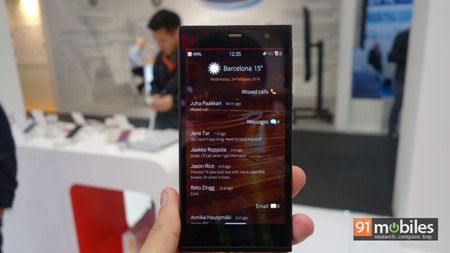 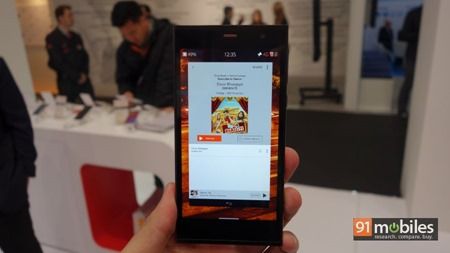 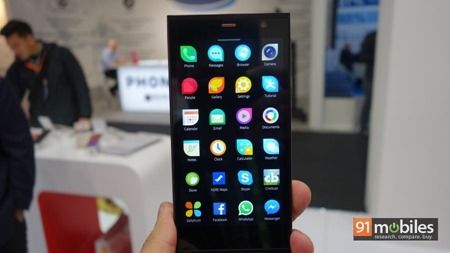 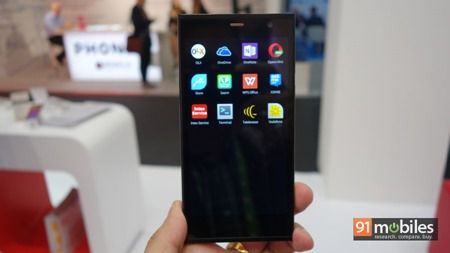 The Intex Aqua Fish uses the Qualcomm Snapdragon 212 as its engine, which has four cores clocked at 1.3GHz. The chipset is paired with 2GB of RAM, and during our brief usage the phone handled everything beautifully. However, being an entry-level processor, it might not be able to play high-end titles such as Asphalt 8 smoothly. The device packs in 16GB of memory on board, out of which around 10.3GB is available for use. 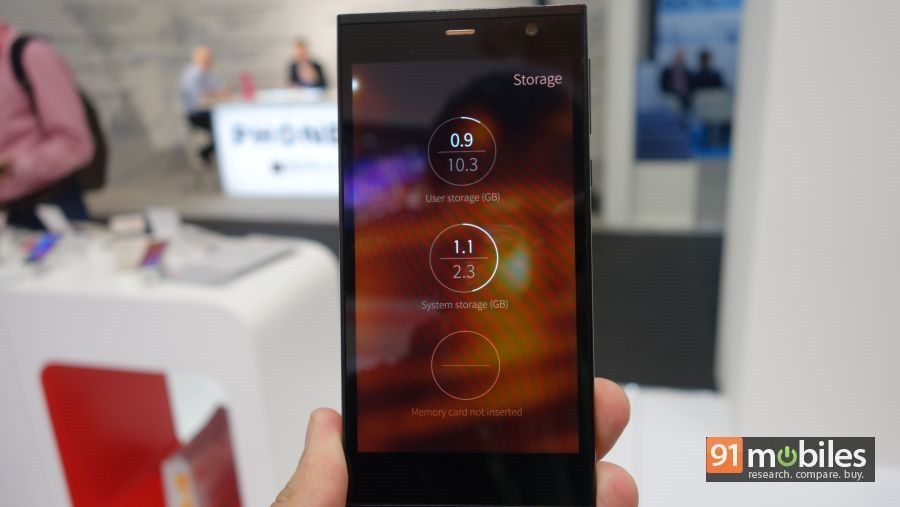 In the camera department, the Aqua Fish sports an 8-meg sensor at the back, and a 2MP front-facing snapper. Interestingly enough, the camera interface gives you the ability to tweak exposure, ISO levels, white balance, etc. 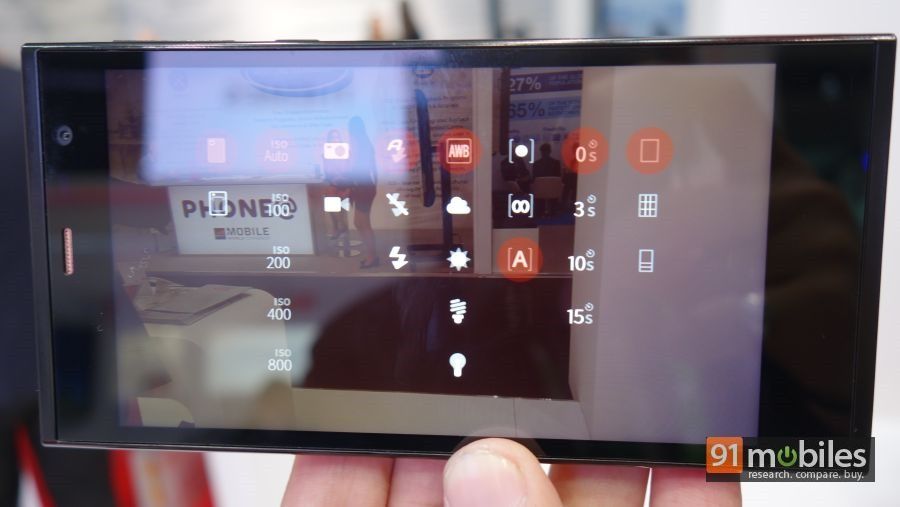 A 2,500mAh battery powers the Aqua Fish. The dual-SIM phone offers a usual set of connectivity options – Bluetooth, Wi-Fi and GPS, along with 3G. 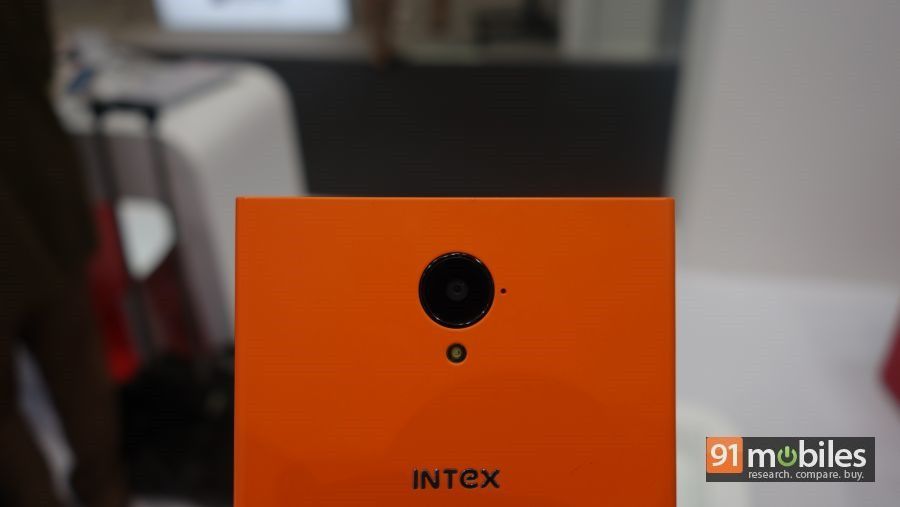 Intex will be launching the Aqua Fish in India by April, priced around Rs 8,000. At this price, it’s pitted against some impressive offerings such as the 3GB RAM-toting Coolpad Note 3 Lite (first impressions) and brand’s own Cloud Crystal 2.5D. However, its USP lies in a different user experience, and as we mentioned in our review of the Jolla phone (review), the OS offers fluid usage and while it may require a bit of learning curve, it becomes fun to use it after a while. We’ll get down to all that when we use the Aqua Fish as our daily driver.
ShareTweetShare
Share