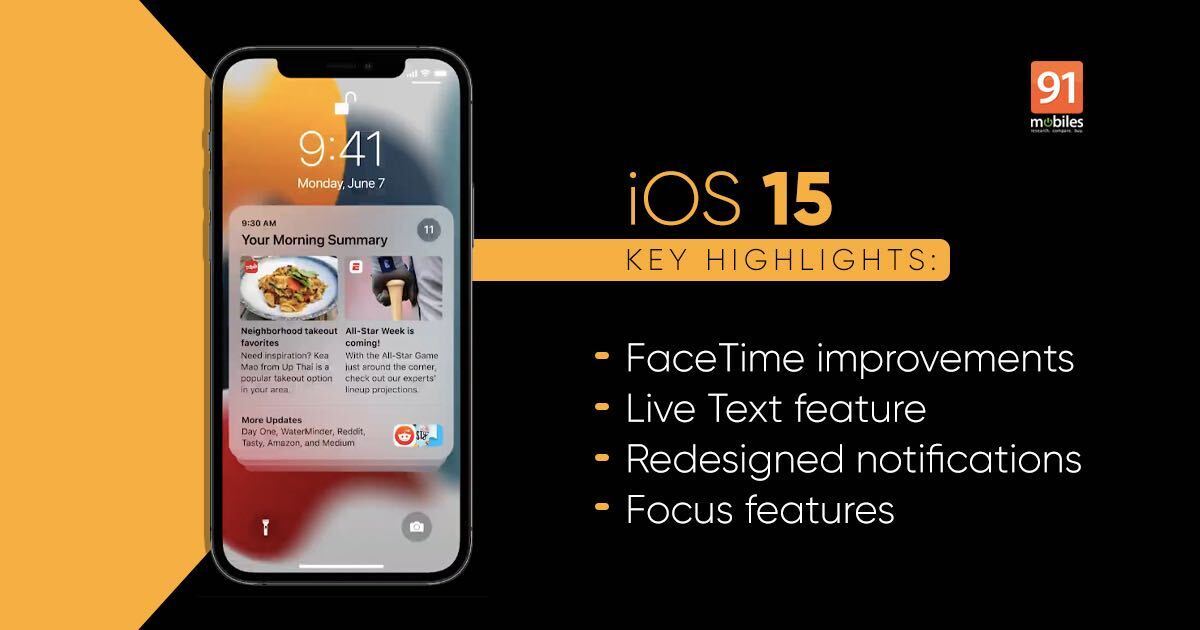 Apple is set to release the latest version of iOS and iPadOS today. The iOS 15 and iPadOS 15 will start rolling out to iPhone and iPad users starting today at 10:30 PM in India. The Cupertino giant announced the new software versions at the WWDC event earlier this year. Apple says, “iOS 15 brings amazing new features that help you connect, focus, explore and do even more with iPhone.” To recall, Apple announced the new iPhone 13 series at its California Streaming event earlier this month. The new iPhone 13 series includes the iPhone 13 mini, iPhone 13, iPhone 13 Pro and iPhone 13 Pro Max. Here’s a look at the features of iOS 15 and iPadOS 15.

As mentioned, iOS 15 and iPadOS 15 will release globally today. In India, iPhone and iPad users can expect the new software versions to arrive starting 10:30 PM IST. To manually check for the update, head over to Settings > General > Software Update.

iOS 15 comes as a minor incremental update over the iOS 14, which focuses more on improving the overall usability of the iPhone rather than changing the whole outlook. The iOS 15 update brings improvements to the notification with a new notification summary feature. The new iOS update brings some major changes to FaceTime, including SharePlay. Moreover, with iOS 15, you can do a FaceTime call with your pals outside of the Apple ecosystem. The update also comes with Live Text, Focus, Privacy Relay and Mail Privacy Protection. It also brings some minor changes to the Messages, Health app, and Find My network. Here’s the list of iPhone models compatible with iOS 15. The iPadOS 15 brings all the new features announced with the iOS 15 to the iPad. Further, the new update comes with the much-awaited Library. The widgets are now resizable in the iPadOS 15, unlike the iPadOS 14. The new iteration of iPadOS also brings keyboard shortcuts and multiple improvements to multitasking on iPad.

Note that some of the iOS 15 and iPadOS 15 features might not be available initially. The SharePlay will be one of the features missing out in the initial rollout, but it will be released later this fall.