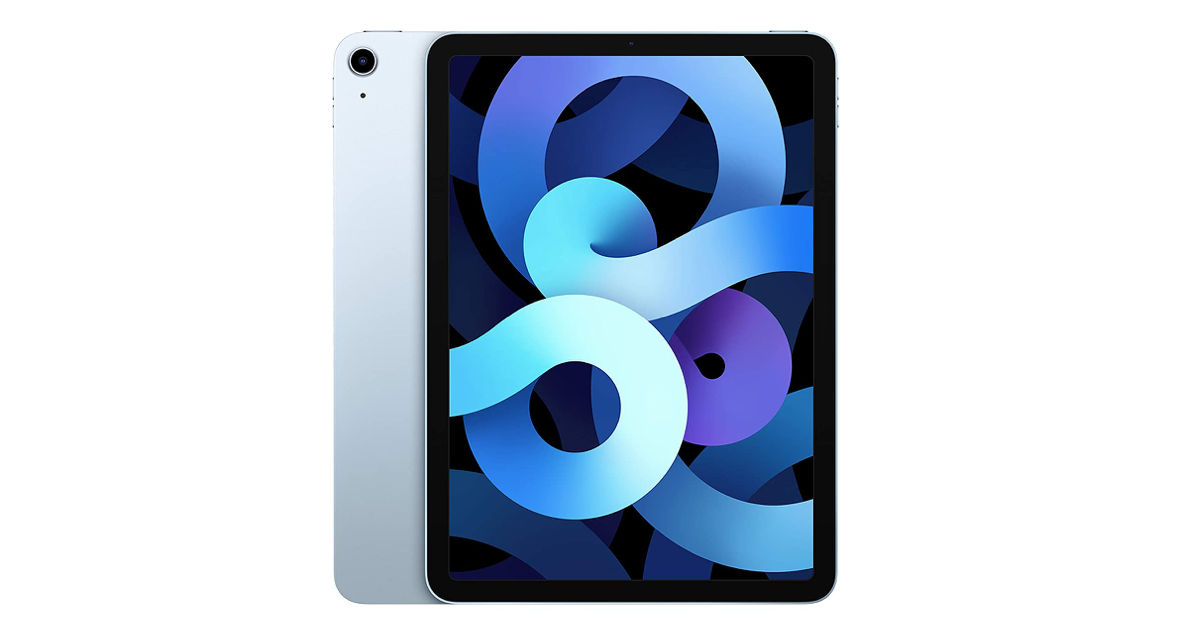 The new Apple iPad Air (4th generation) has been listed on Amazon India ahead of its official release. While the tablet has appeared on the e-commerce platform, it is currently unavailable for purchase. Apple announced the iPad Air 4 alongside the iPad (8th Gen) at the ‘Time Flies’ event last week. The company mentioned that the iPad Air 4th generation will go on sale in India via Apple Authorised Resellers starting October, which is when we also expect the tablet to be available on Amazon. The iPad Air 4 should also be available through the Apple Store online, which is set to debut in India on September 23rd.

Apple revealed the full India prices of the iPad Air (4th Gen) last week. The tablet will be available in Wi-Fi and Wi-Fi + Cellular variants and in 64GB and 256GB storage options. The prices are as below.

The iPad Air 4th generation is the first Apple product to be powered by the new A14 Bionic chipset, which is based on a 5nm process. The design of the tablet is made to look similar to the newer iPad Pro models with slimmer bezels and flat edges. The Apple Pencil can also be magnetically attached to the side as on the iPad Pro. iPad Air (4th Gen) sports a 10.9-inch Liquid Retina display with P3 Colour Gamut and 500 nits brightness. The tablet will ship with iPad OS 14, which comes with a host of new features for the Apple Pencil. The new iPad Air also features a 12MP primary camera and 7MP front camera for selfies and video calls. Connectivity options include Gigabit 4G LTE (optional), Wi-Fi 6, Bluetooth 5.0, and USB Type-C port.