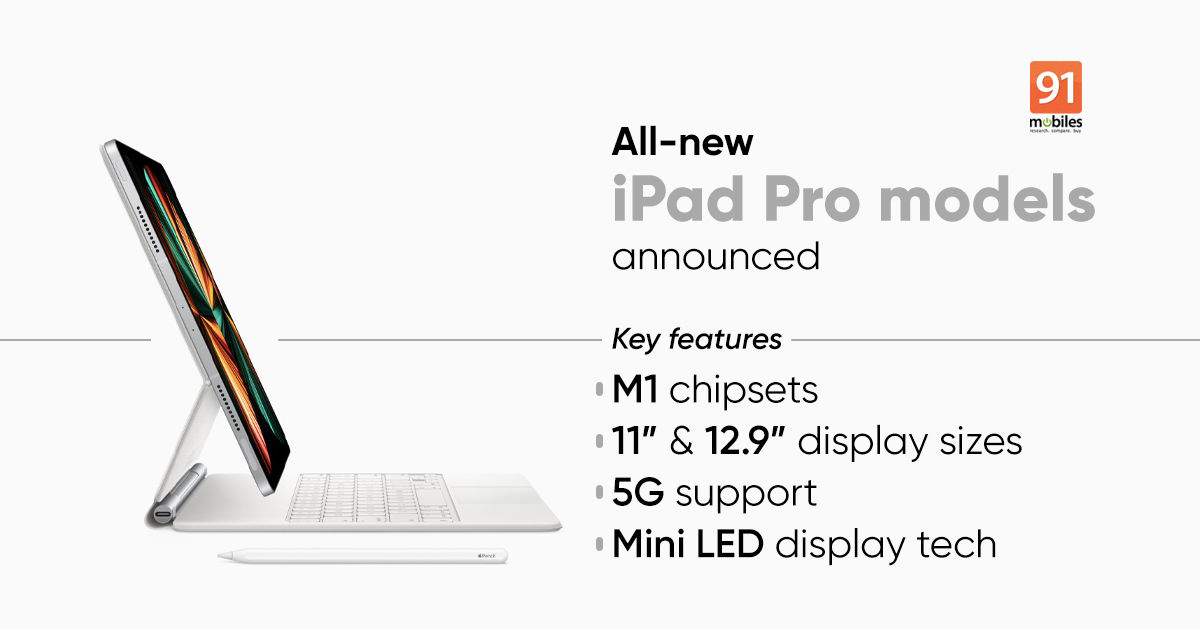 iPad Pro 2021 price in India, specifications, and release date have finally gone official as the new tablets were launched at Apple’s Spring Loaded event. The iPad Pro 2021 touts the same design as the last year’s models, but there are a bunch of improvements under the hood. Both the 11-inch and 12.9-inch iPad Pro 2021 models are powered by the mighty M1 chip, bringing the performance of Apple’s flagship tablets in line with the MacBooks that debuted last year. The tablets are claimed to be 50 percent faster than the previous iPad Pro models. The iPad Pro 2021 specifications also include Liquid Retina XDR display, 5G, up to 2TB storage, and Thunderbolt and USB 4 port.

Both models come in Space Grey and Silver colour options, with pre-order beginning April 30th and sales starting in the second half of May. 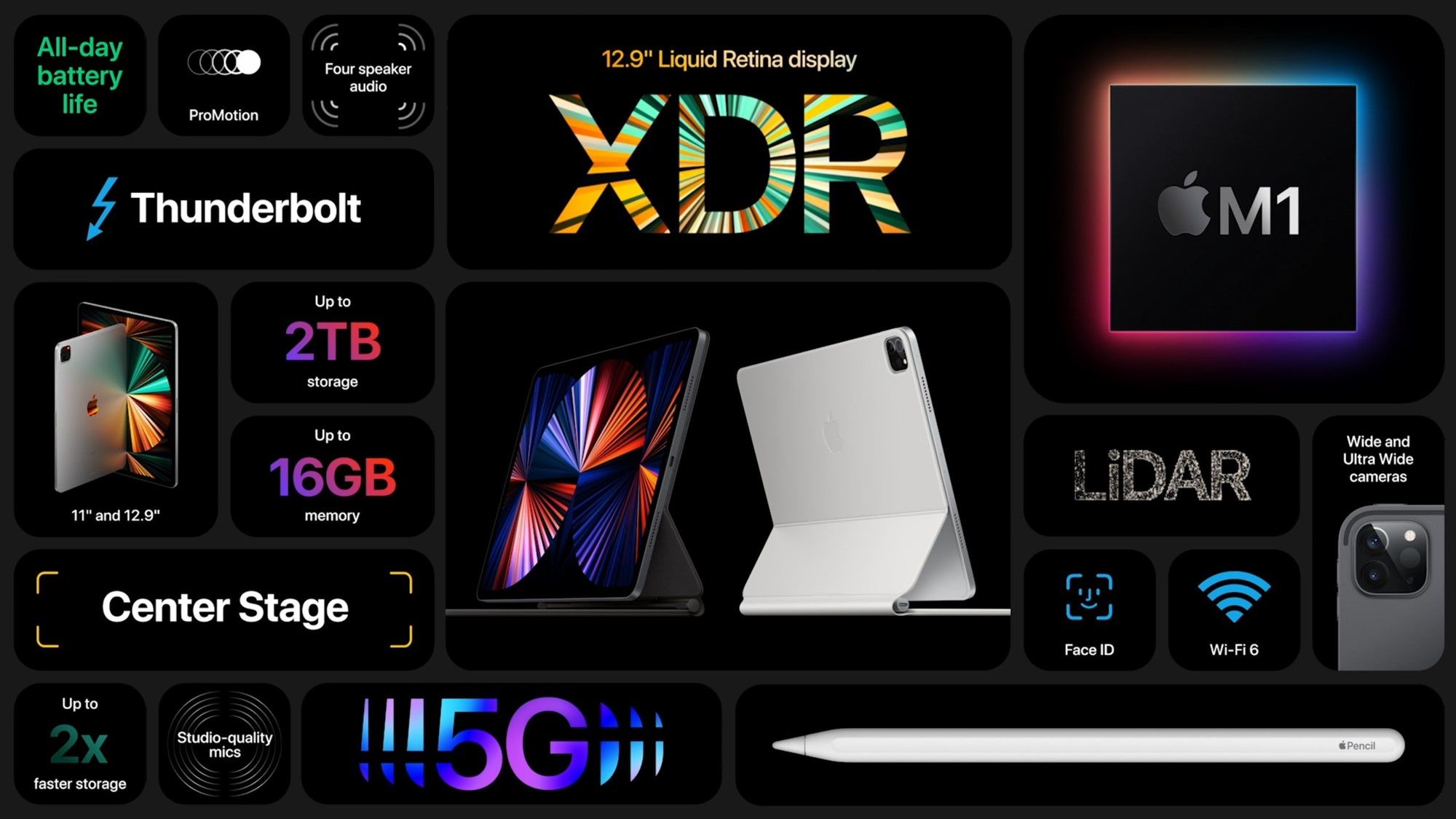 Both 11-inch and 12.9-inch iPad Pro 2021 are powered by the Apple M1 silicone, which is paired with up to 2TB storage that is able to store almost 60,000 ProRAW photos. The chip brings a handful of new features, including a “next-generation 16-core Apple Neural engine”, an advanced image signal processor, and over 1,500 times faster graphics performance, per the company. The new tablets also support PS5 and Xbox controllers with haptics, as well as 5G connectivity, Wi-Fi 6, Thunderbolt 3, and USB 4.

While the 11-inch iPad Pro rocks the standard Liquid Retina display with 2388 x 1688 pixels resolution and maxes out at 600 nits of brightness, the 12.9-inch variant touts an iMac-quality Liquid Retina XDR display. Apple claims the XDR display bears 2,732 x 2,048p resolution, 10,000 Mini LEDs in over 2,500 local dimming zones, 1600 nits peak brightness, 1,000 nits of brightness and 1 million-to-one contrast ratio. The battery life on these new iPad Pro 2021 models are said to be up to 10 hours on Wi-Fi models and nine hours on Wi-Fi + Cellular models. 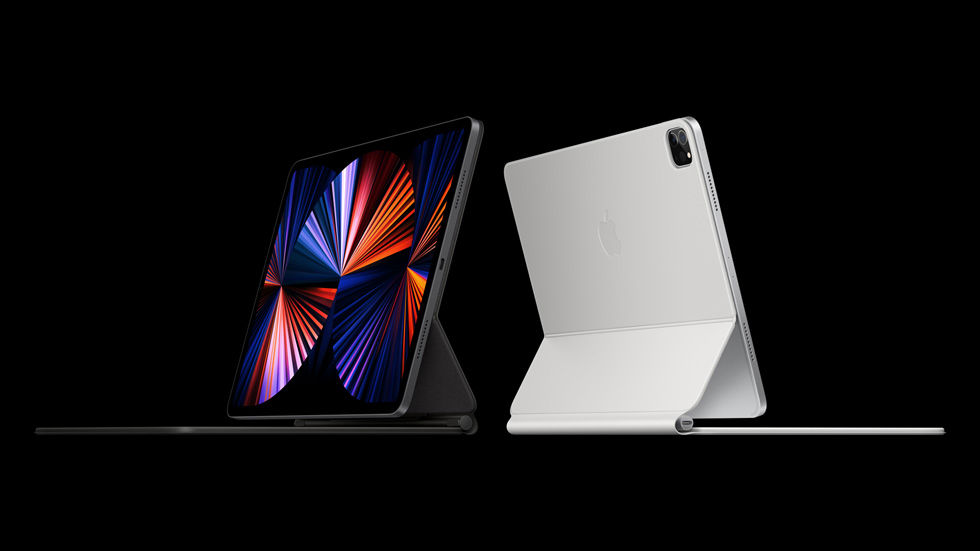 As for the design, the iPad Pro 2021 looks similar to last year’s models, with slim bezels on the front and a squarish camera module at the back. Speaking of which, both 11-inch and 12.9-inch iPad Pro models pack a new 12MP 120-degree ultra-wide selfie camera on the front. The sensor is backed by a True depth sensor for Face ID and ‘Centre Stage’ feature that pans the camera as you move around and adjust the focal length automatically. The rear cameras of the iPad Pro 2021 have improved as well. Apple says the ISP and LIDAR scanner will capture “incredible details” in low-light conditions.

Additionally, the iPad Pro 2021 you can configure iPad Pro 2021 with up to 16GB of RAM and support the Apple Pencil, the Smart Keyboard Folio, and the Magic Keyboard. The devices also ship with a one-meter USB-C charging cable and a 20W USB-C power adapter.