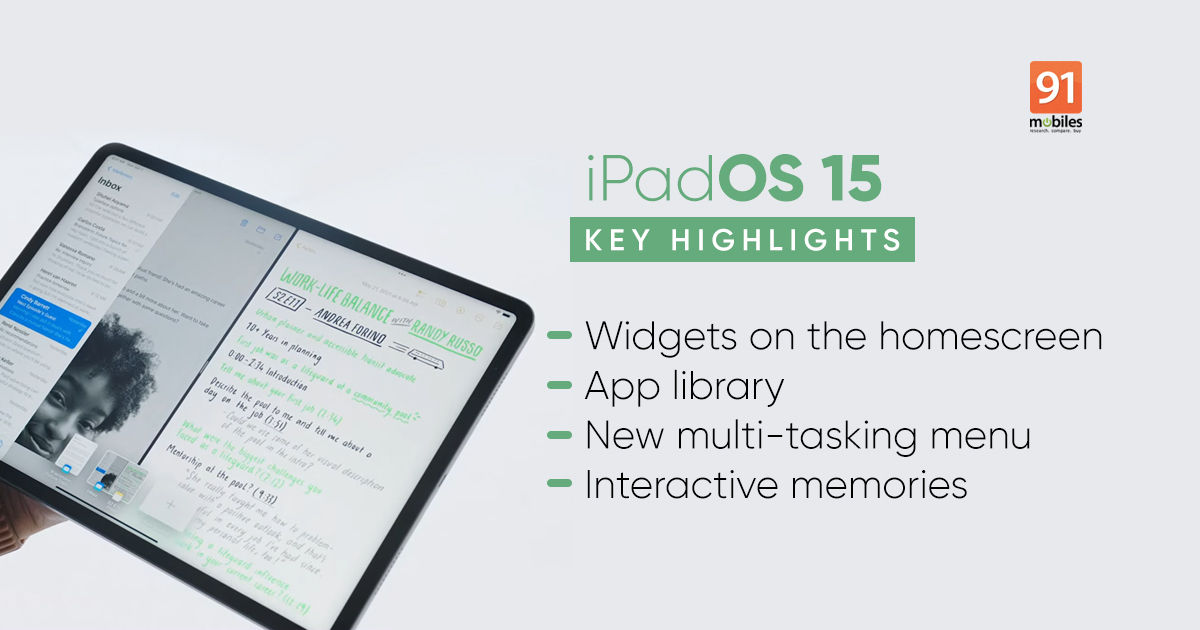 iPadOS 15 has been introduced at the WWDC 2021 alongside iOS 15. The new OS upgrade to Apple iPads brings quite a few additions and changes over the existing version. The Cupertino giant had introduced home screen widgets and App Library with iOS 14 last year. These features are now being made available on iPad as well. iPadOS 15 update now allows adding widgets directly on the home screen for easy access. There are a variety of widgets, including Photos, Find My Widget, Apple TV, Gaming Page, Parcel widget that tracks any incoming packages right from the home screen, and much more. It also brings App Library from iOS 14, where one can find all the installed apps under one single roof, auto-arranged categorically.

iPadOS 15 will be available as a free software update for

App Library: App Library icon has been added to the dock as well, which makes it easily accessible from any screen with just one tap. With App Library, one can even hide home-screen pages that are no longer needed. 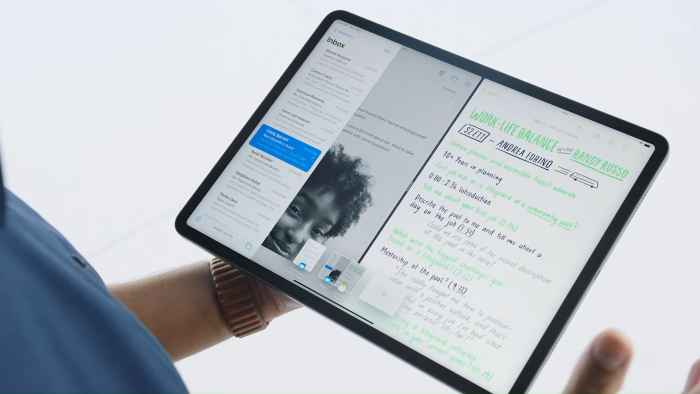 Notes App: Notes app is also receiving improvements. Apple is adding mentions in shared notes that notifies the person linking them back. There’s also a new activity view that quickly runs down on what’s changed in shared notes while you are away. To help organise notes better, Apple is adding tags that help to quickly find your notes using the tag browser. There’s also a new Quick Note feature that brings the notepad by swiping from the corner of the screen to quickly jot down a note. Quick Notes can be created on iPad OS and Mac OS and can be accessed and edited on iOS. 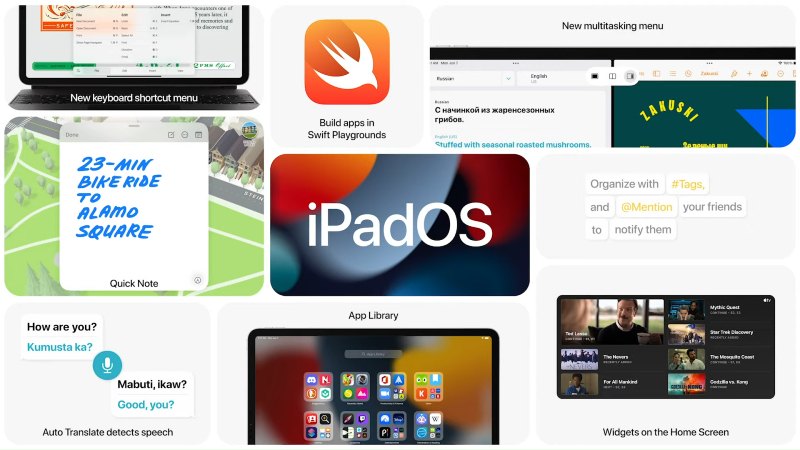 Swift Playground: With iPadOS 15, developers can now build apps directly on iPad with Swift Playgrounds. The code written is immediately reflected in the live preview of the app in development. This new project type even works with Xcode on Mac. 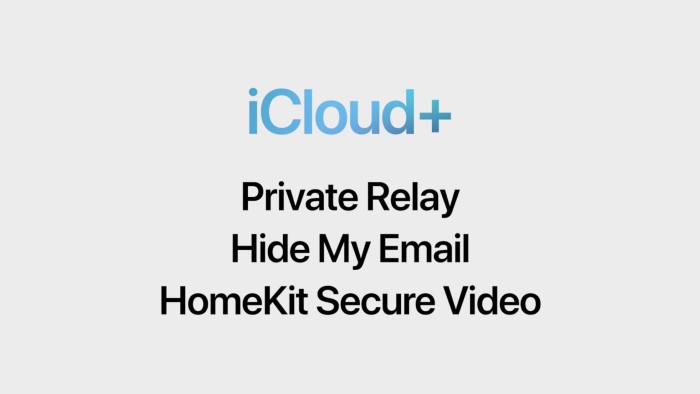 iCloud+: Separately, Apple has also introduced iCloud+ on the same stage. It brings a new privacy feature called Private Relay in the Safari browser which when enabled doesn’t allow anyone to track your browsing history, not even the internet service, provider.

Next, it brings the ‘Hide my email’ feature that lets you generate a random email address when you sign up for a newsletter or when you create an account on a website using ‘Sign in with Apple’. Lastly, the company is overhauling HomeKit Secure video that basically separates free iCloud users from paid iCloud accounts.

There’s a new legacy feature that will soon allow you to add one or several legacy contacts and the data can be passed along when you pass away.

You can check out more news about the other Apple announcements as well as popular product recommendations on our Facebook, Twitter, and Instagram pages and head to our YouTube channel for the latest videos.