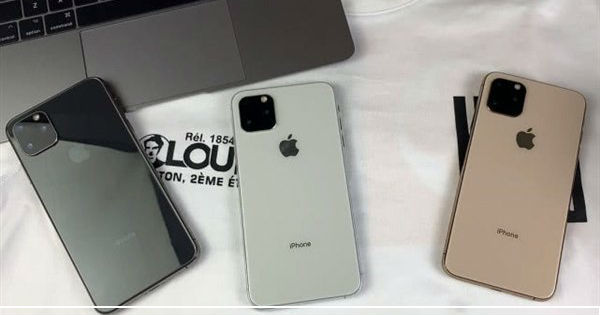 Apple’s upcoming iPhone 11 series has been heavily leaked in the last few months. We’ve seen CAD designs, dummy models, and renders, which show what the iPhone 11 series models will look like. Pretty much everyone knows that the 2019 iPhones will feature an ugly square camera bump at the back. Most of the leaked iPhone 11 renders were possible due to leaked CAD drawings and schematics of the phone. However, Apple has been trying hard to crack down the leaks at the supply chain end, says a new report by The Information.

The report states that several factory workers have been leaking upcoming iPhone parts and design. These parts can be worth a lot of money in the black market. The Information reveals how Apple is trying to take care of this problem and how it maintains secrecy. The company is apparently reducing the number of people in the team who catch the part leakers. Instead, it is focusing on finding out who are leaked the CAD drawings and schematics.

According to the report, iPhone factory workers have gone to great lengths to leak parts. Apple uses metal detectors to check the trash that goes in and out of the factories, apart from scanning the employees. The factories can also be subjected to random inspections by the brand’s security team. If a factory has been part of a leak, then it is fined millions of dollars. However, this fine does not apply to the Foxconn factories as it was able to negotiate the deal.

Apple has managed to successfully reduce the number of hardware leaks that come from these factories. A report from 2017 had concluded that leaks from Apple headquarters are more than the leaks from the suppliers. That’s not the case anymore though. The company is still trying hard to reduce the leaks of CAD designs. These designs can easily be used to create real-life models and renders. The CAD drawings are actually meant for case and accessory makers. Basically, Apple is now providing more resources to the team that tracks CAD design leaks instead of focusing on hardware leaks.