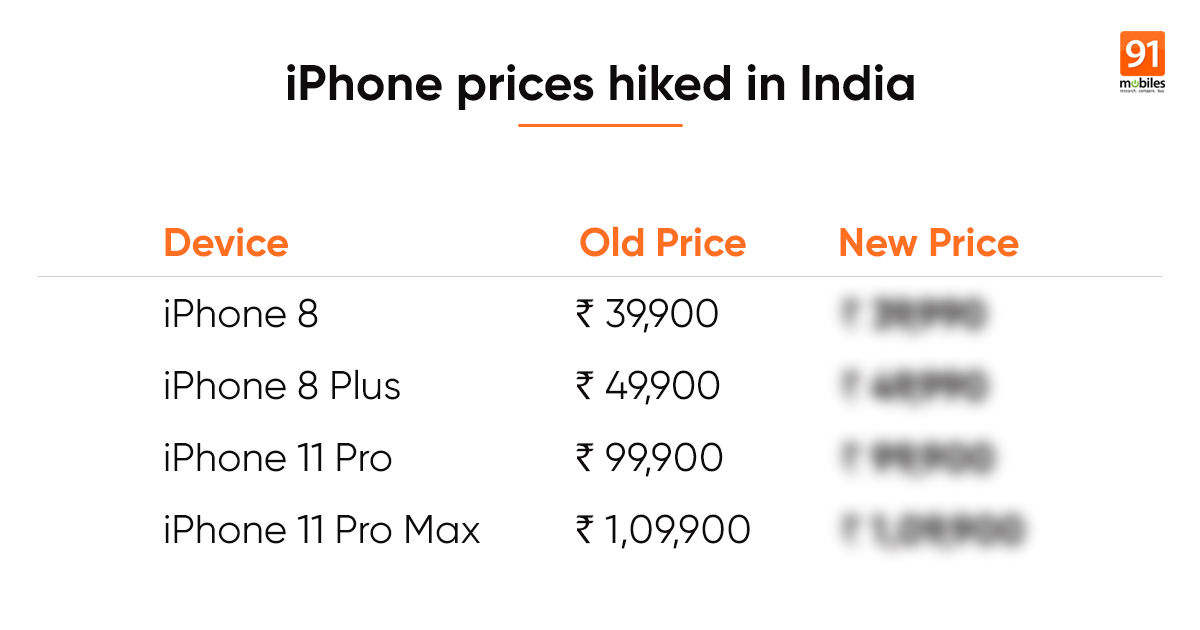 “iPhone 11 Pro and 11 Pro Max as well as iPhone 8 and 8 Plus have become more expensive in India now, while the popular iPhone 11 and XR’s prices remain unchanged”

The flagship iPhone 11 Pro and iPhone 11 Pro Max have become more expensive in India by up to Rs 1,300. The more affordable iPhone 8 and 8 Plus have also seen a price hike in the country. This move by Apple is due to an increase in the Basic Custom Duty (BCD) and the withdrawal of Social Welfare Surcharge, which were announced during the 2020 Union Budget. While the prices are already reflecting on the official Apple India website, e-commerce marketplaces such as Amazon and Flipkart have not hiked the prices yet. It should also be noted that the popular Apple smartphones such as iPhone 11 and XR, as well as gadgets such as Apple Watch, iPad, Mac computers have not seen a price hike.

The iPhone 11 Pro series is the best Apple offers on a smartphone at the moment. Both the 11 Pro and 11 Pro Max come with the hexa-core A13 Bionic chipset, 4GB RAM, and iOS 13 operating system. Both smartphones sport a triple camera setup with 12MP wide-angle lens, a 12MP ultra-wide-angle sensor, and a 12MP telephoto unit, backed by a quad-LED dual-tone flash. The duo also sports a 12MP sensor in the front for selfies and video calls. Other key features common between the two phones are Face ID for biometrics, Bluetooth 5.0, Lightning adaptor, IP68 body, 18W wired charging and 7.5W wireless charging support, and stereo speakers.