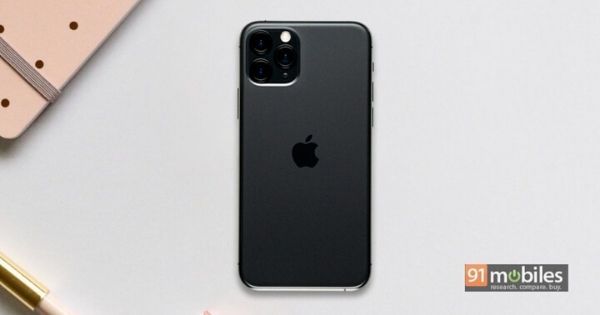 Recently, DxOMark tested the all-new Xiaomi Mi CC9 Pro and gave it the highest score on their list, matching only with the Huawei Mate 30 Pro. At the time, the phone outperformed all other devices when it came to video. Now, DxOMark has gone ahead and released the review of the latest iPhone 11 Pro Max, and the Xiaomi and Huawei phones still lead the ranks. The new iPhone 11 Pro Max (and, thus, the iPhone 11 Pro too since it has the same camera setup and software) received an overall camera performance score of 117. However, the Mi CC9 Pro from Xiaomi received an overall score of 121 in the DxOMark test.

The new iPhone 11 Pro Max scored 124 points in the still images category, which is great and puts it among the top three phones on the list. Unfortunately, the iPhone 11 Pro Max still falls short of the 130 points received by the Mi CC9 Pro and Huawei Mate 30 Pro. According to DxOMark, the iPhone still has some noise in both daylight and low-light photos and sometimes have a greenish cast in indoor photos. The devices do offer great exposure, dynamic range, and colour.

DxOMark also praises the Deep Fusion tech introduced with the new iPhones and state that there’s a considerable improvement in details such as hair, skin, and more. However, it can’t keep up with other phones when it comes to details in low-light photos. The website also noted that although the portrait mode is good, it’s not the best. The telephoto sensor on the iPhone 11 Pro Max offers good zoom, but the details decrease and noise levels increase when zooming in. The new iPhone also comes with an ultra-wide sensor, which produce good photos, but not as good as from the main camera.

The website was impressed with the Night Mode on the iPhone 11 Pro Max, calling it one of the best in the industry. However, the flash doesn’t do well and overexposes portrait shots. Finally, in the video department, the iPhone 11 Pro Max received a score of 102, which is the highest in the category and the same as the Xiaomi Mi CC9 Pro. It was already known that the new iPhone can take great videos, and DxOMark states the same.