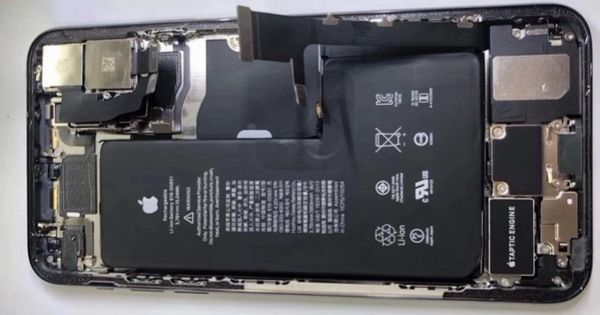 Apple has increased the battery size on all three new iPhone 11 models this year. The iPhone 11 Pro Max gets the biggest increase though. It features a 3,969mAh battery, which is 25 percent larger than the 3,175mAh battery found on last year’s iPhone XS Max. The new iPhones get a similarly designed L-shaped battery, which is used to maximize capacity without sacrificing space. The iPhone X was the first to use such a battery design.

The battery capacity on the disassembled iPhone 11 Pro Max matches the numbers revealed by TENAA recently. The teardown also revealed other parts of the new iPhone, including the Taptic Engine, the mainboard, and the FaceID sensors.