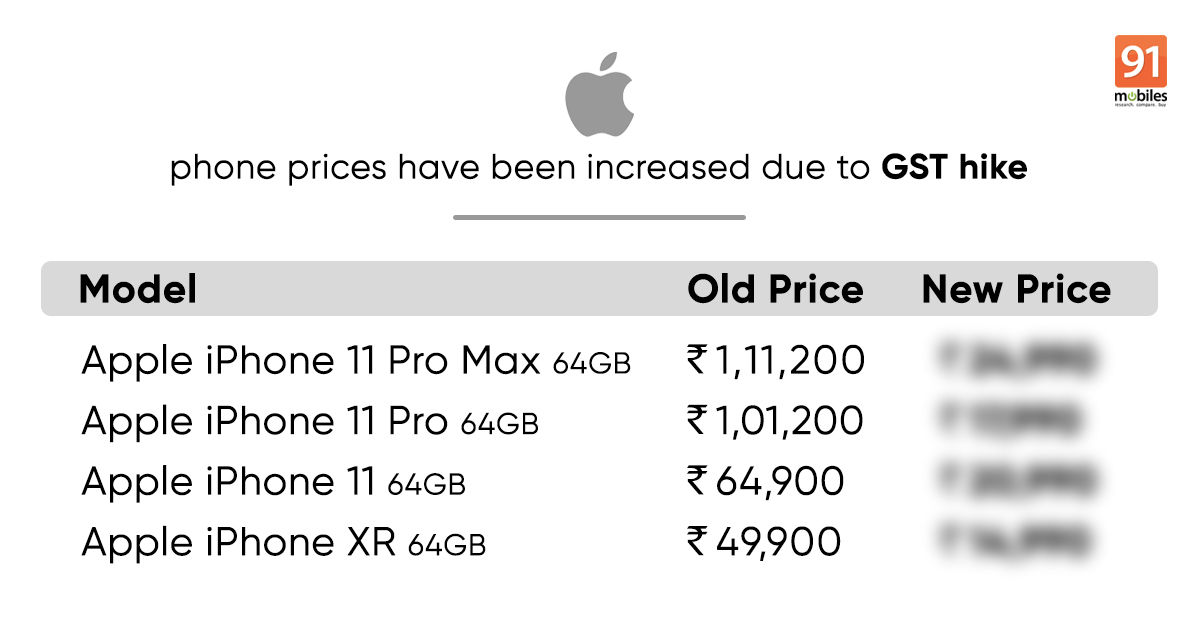 “iPhone prices have been hiked for all models Apple currently sells in India, starting from the iPhone 7 32GB all the way up to the iPhone 11 Pro Max 512GB”

iPhone prices have reportedly been hiked in India as Apple joins a growing list of companies who have been affected by the Indian government’s increase of GST rates from 12 percent to 18 percent for smartphones. Contributing factors also include a depreciating value of the Indian Rupee combined with a nation-wide lockdown following the COVID-19 pandemic. The iPhone price hike comes in effect from April 1st. Xiaomi, OPPO, Samsung, Vivo, and Realme have also earlier today announced that they will be raising the prices of their respective devices. 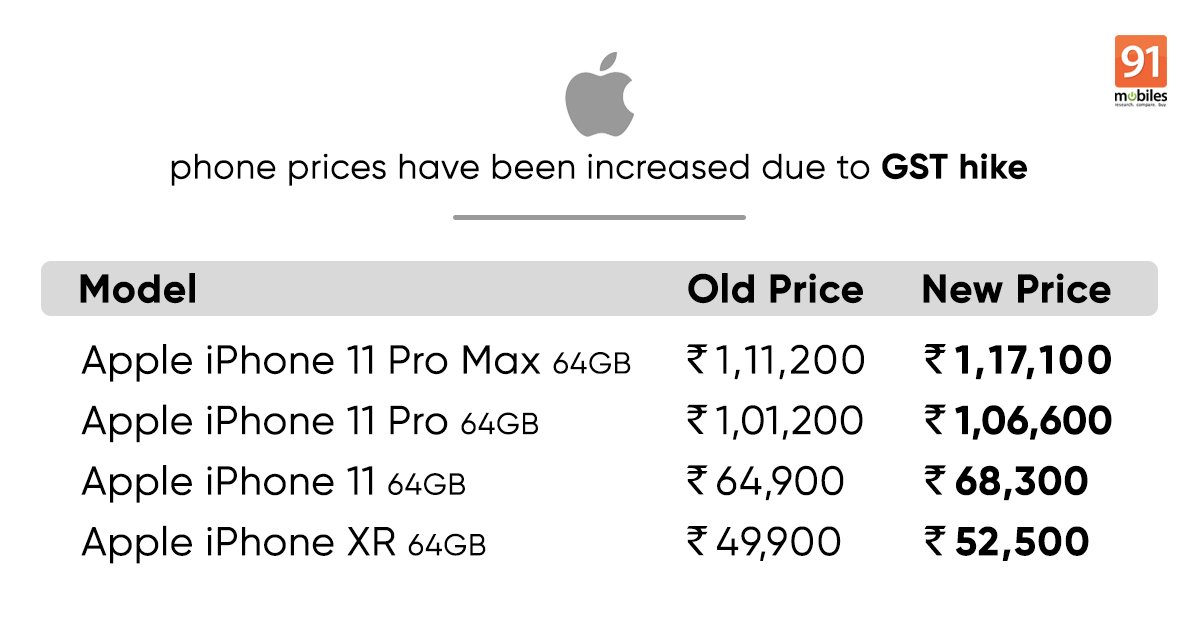 The information about the increase in iPhone prices was via a tweet by Manish Khatri of Mahesh Telecom. As per Khatri, the prices have increased for all iPhone variants that Apple currently sells in India, starting from the iPhone 7 32GB all the way up to the iPhone 11 Pro Max 512GB. For example, the iPhone 7 before today had been officially priced at Rs 29,900 but as per the tweet, its new price will be Rs 31,500 which is a jump of Rs 2,600. For the iPhone 8, the jump is Rs 2,100 while the iPhone XR gets a price hike of Rs 2,600.

This is, of course, not the first time that Apple has increased hiked iPhone prices in India in recent past. Just last month the Cupertino-giant had increased the prices of some of its devices in response to the increase in basic customs duty (BCD) rate that was part of the announcement of this year’s Union Budget speech.