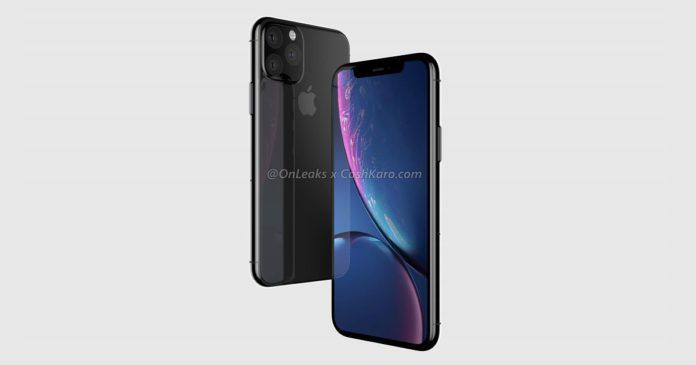 “If iPhone 11 release date is indeed September 20th, it is likely Apple will host the launch event on September 10th”

iPhone 11 series will most likely be unveiled in the third week of September. SoftBank President Ken Miyauchi, at an earnings call this week, hinted at September 20th as the possible iPhone 11 release date. He spilled the beans while replying to a question on how Softbank plans to account for the next month’s release of the iPhone with Japan’s new law that would require carriers to separate data and device plans going into effect on October 1st in the country. Miyauchi said, “Honestly, I am wondering what should I do for 10 days. No, I shouldn’t say that… Anyway, I don’t know when the new iPhone will be released. However, after almost 10 days, it will be unbundled.”

This timeline – which Miyauchi acknowledged he probably shouldn’t have shared publicly – suggests that the iPhone 11 series is slated to release on September 20th. Notably, it could clash with the re-launch of Galaxy Fold and is against the precedent set by Apple for its upcoming iPhones. The Cupertino-based firm generally holds its iPhone event on the second Tuesday or Wednesday of September. “This year, that would mean we’re looking at event on September 10th or September 11th. September 10th is the most likely choice given, as Apple has always avoided holding events on September 11th,” notes 9to5Mac.

Going by the previous leaks and rumours, the upcoming iPhone lineup is expected to include three new models: iPhone 11, iPhone 11 Max, and iPhone XR 2019. The Max model, with its big screen size and battery cell, will be the most premium smartphone in the lot, followed by the regular iPhone 11 and iPhone XR 2019, which will most likely ship with an LCD panel. Having said that, all the three iPhones will include a new Taptic Engine, the A13 chip, and new camera setup, and features such as “Smart Frame.” The iPhone 11 duo could be the first smartphone from the brand to pack triple cameras at the back.