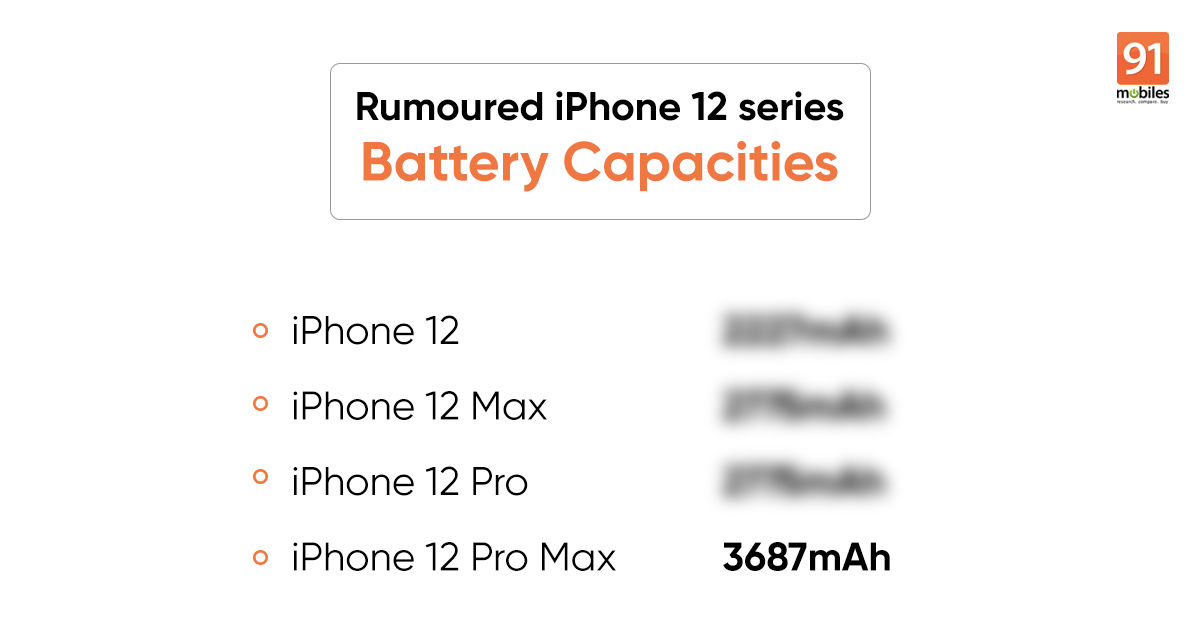 Apple is rumoured to launch four models under the iPhone 12 series later this year. We’re still unsure about the names of these models, so we’ll go with iPhone 12, iPhone 12 Max, iPhone 12 Pro and iPhone 12 Pro Max for the sake of this story. There have been reports that Apple will ship some, if not all, of these models without a charger and earphones in the box. All iPhone 12 models are also widely expected to come with 5G support, so we expect to see bigger batteries to make the phones last. However, MySmartPrice seems to have revealed the battery capacity for each model and they might disappoint you if they turn out to be true.

MySmartPrice has discovered three new iPhone battery models certified on UL Demko, Safety Korea, and 3C. In addition to this, new 5W and 20W chargers have also been spotted on 3C, suggesting the iPhone 12 models could support up to 20W fast charging. The iPhone battery models A2471, A2431, and A2466 come with three different capacities, which could find their way inside the upcoming iPhone 12 models. The A2471 model has a capacity of 2227mAh, while the A2431 is a 2775mAh capacity and the A2466 is the biggest with a 3687mAh capacity.

The 2227mAh and 2775mAh seem small compared to the battery capacities found on the iPhone 11 and iPhone 11 Pro models and it seems Apple would be severely downgrading the battery if we go by these certifications. That said, the 3687mAh battery is the largest yet for an iPhone and will most likely be housed on the biggest iPhone 12 model from Apple.