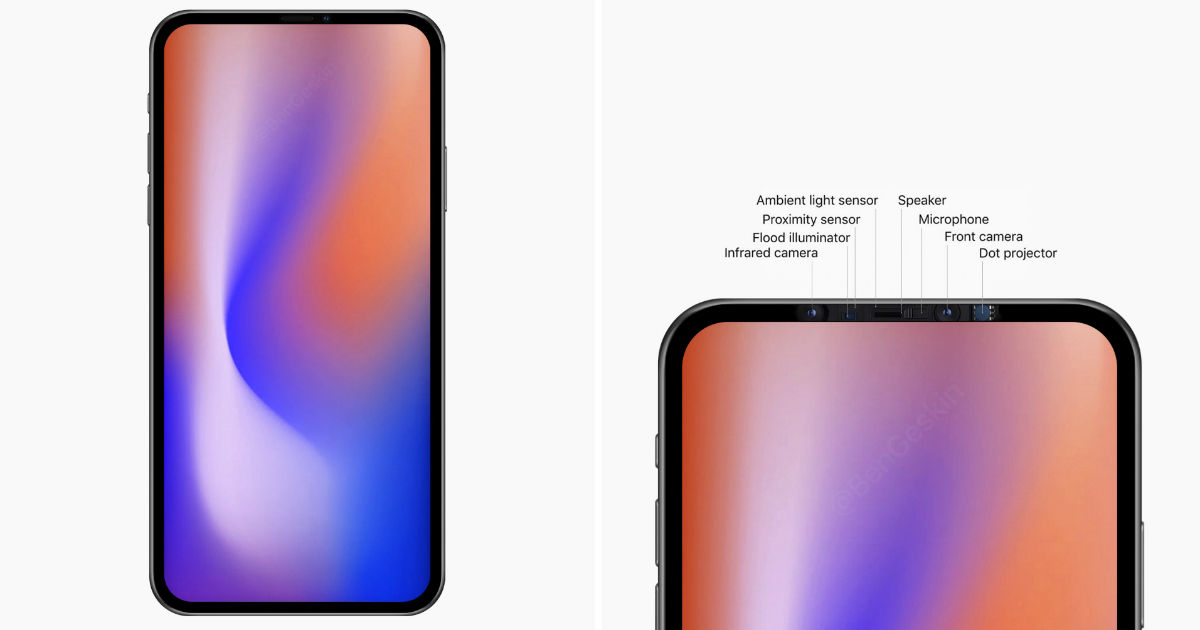 “iPhone 12 series will reportedly also include wider antenna lines for 5G, with glass, ceramic, or sapphire being used instead of plastic”

The iPhone 11 line-up was just announced a month ago and the company won’t be finalising the iPhone 12 design for the next few months. But that doesn’t stop the rumour mill from leaking new details. Now, noted leakster Ben Geskin claims that Apple is currently testing multiple notch designs of the iPhone 12 series. The company is apparently working on a new Face ID prototypes that leverage on the new optics. Of the multiple notch designs, some are reportedly smaller in width, while others are said to be compact enough to fit inside the top bezel, although it seems like a thicker bezel might be in the place, like the Google Pixel 4.

Apple is testing a few Face ID prototypes with new optics, some are smaller in width, some are narrower to fit in the top bezel.

Geskin also says Apple will be making the antenna lines wider with the iPhone 12 series to help with the 5G connectivity. Moreover, the phones might use antenna lines made of glass, ceramic, or sapphire instead of plastic. 5G is pretty much confirmed for the 2020 iPhone models as the industry moves towards the faster cellular data standard.

Instead of plastic lines it will use a new material (glass, ceramic or sapphire) pic.twitter.com/69z02kSTa8

Apple’s new Face ID components are said to enable a fast and more secure system that can be used from different angles. The improved notch design could be limited to the 5.4-inch and 6.7-inch iPhone Pro models and these would come with slightly slimmer bezels. The entry-level iPhone 12 could ditch the LCD panel in favour of an OLED screen, similar to the one found on iPhone 11 Pro and iPhone 11 Pro Max; a refresh rate of 120Hz might be part of the package too.

Related read: iPhone 12 specifications, design, and more you should know

Furthermore, the iPhones 12 series is likely to retain the square camera setup but with new improved sensors. The iPhone 12 Pro series is said to include a Time-of-Flight sensor, while the low-cost iPhone 12 will have an additional telephoto zoom camera. Reports also suggest that the iPhone 12 series could come with an iPhone 4-like frame, but the materials Apple will be using is yet to be confirmed.