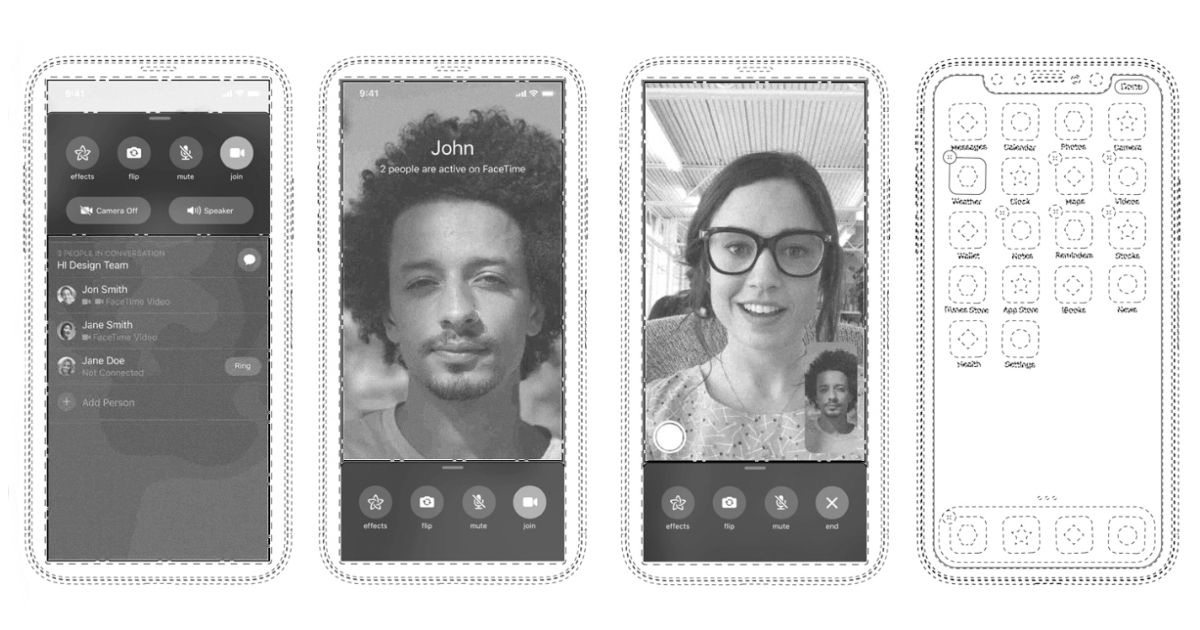 iPhone 12 series is not due until September 2020, but that isn’t stopping the rumour mill from pushing out details regarding the flagship series. First, the iPhone 12 series has been tipped to have 5G support, sensor-shift image stabilisation technology and design changes. However, there has been no proper clarity on whether Apple would include the old-school notch on the front to accommodate Face ID sensors but with a smaller form factor or would it entirely eliminate the notch. Now, a new patent that surfaced online shows off an iPhone with a notch-less display. It has a rectangular screen and rounded corners. It seems to be missing on the required hardware for the Face ID technology. The patent was published on the JPO (Japan Patent Office) on December 23rd and includes design sketches as well.

The report goes on to suggest that Apple iPhone 12 would have an in-display fingerprint sensor and front-facing camera to ditch the notch. The power button and SIM tray are present on the right side, while the volume rocker and alert slider on the left spine.

While reports suggest that this is indeed the iPhone 12, we’re not too sure considering Apple would have to make radical design changes in such short span. The patent images match with the iPhone 12 renders that leaked earlier.

Related read: iPhone 12 specifications, design, and more you should know

Notably, Android OEMs like Xiaomi and OPPO have already demonstrated their in-display cameras, and the phones are expected to launch later this year. Either way, given that Apple has filed for the patent, there’s every possibility that it might have already started working on the same and launch the device in the next 2-3 years. Alternatively, the design could be limited to just patents as well. The iPhone 12 model could ditch the LCD panel in favour of an OLED screen and refresh rate of 120Hz.