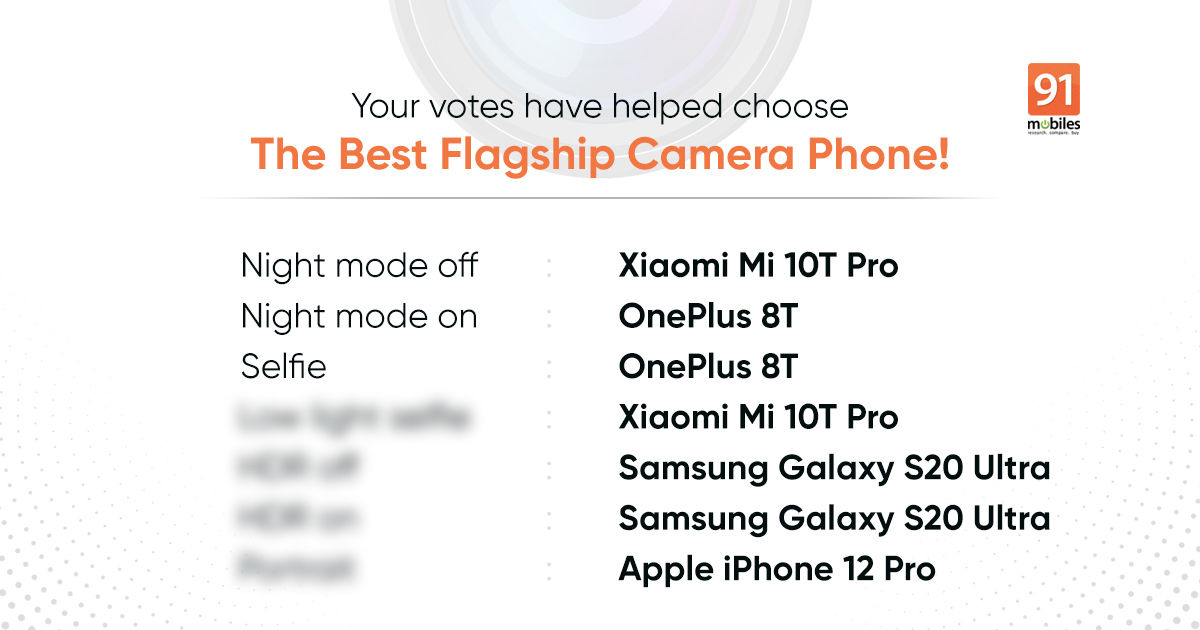 Flagship smartphones are all about sheer power, multitasking, and the ability to get the most work done on a display much smaller than an actual computer. However, the past few years have been about putting the best optics on flagship smartphones, which is what a lot of the top brands in the Indian market have been working on.

Back in December 2020, we ran the biggest blind camera comparison to help you judge cameras on the most powerful smartphones out there, across multiple scenarios, to put to rest any doubts you might have regarding your next smartphone purchase. We have almost 40,000 votes for the polls we ran, and based on the opinion of all those readers, we now bring you the results for the blind camera comparison between the iPhone 12 Pro, Samsung Galaxy S20 Ultra, OnePlus 8T, and Xiaomi Mi 10T Pro. Read on. 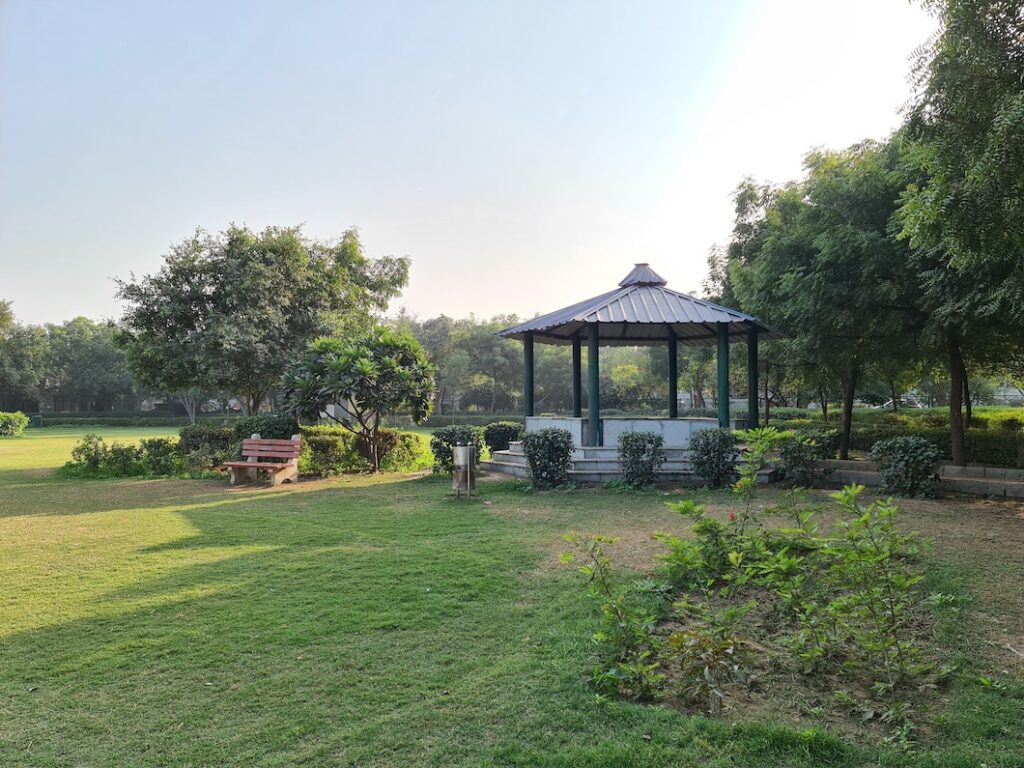 HDR or High Dynamic Range is a feature that allows smartphone cameras to stabilise the colours and distortion. However, we started off with testing out how the cameras perform without this mode on. Samsung Galaxy S20 Ultra clearly outshined the other three phones on the poll with 54 percent votes, which it owed to the accurate colours in its photo. The fact that the next contender was at 21 percent speaks volumes about the Galaxy S20 Ultra’s rear camera. 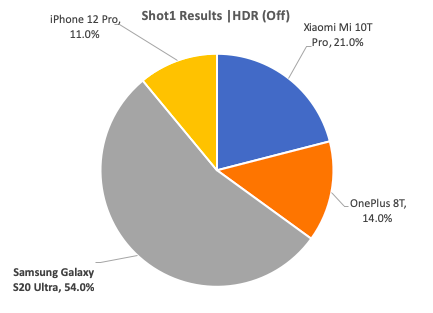 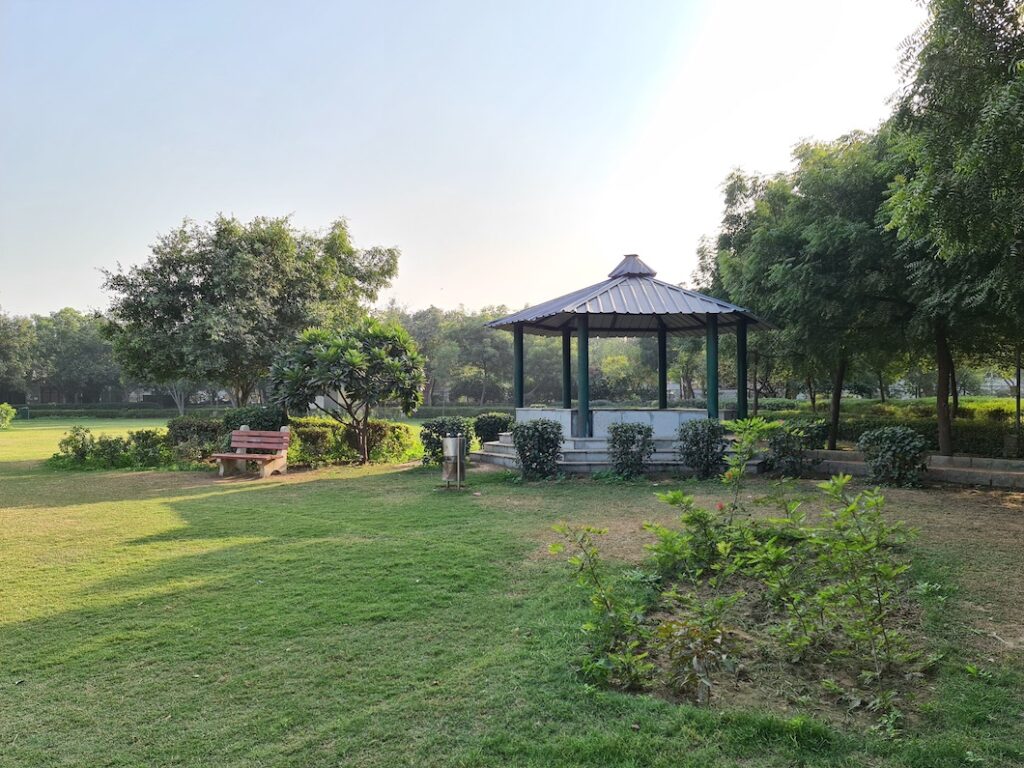 It is time to select the best photo when it comes to using the HDR mode. This mode allows the camera to take additional exposures and combine the results, in an attempt to offer you the best available image of the scenario. This round, again, went to the Samsung Galaxy S20 Ultra with a comfortable 51 percent of the total votes. Samsung’s flagship seems to be the crowd favourite in the HDR category. 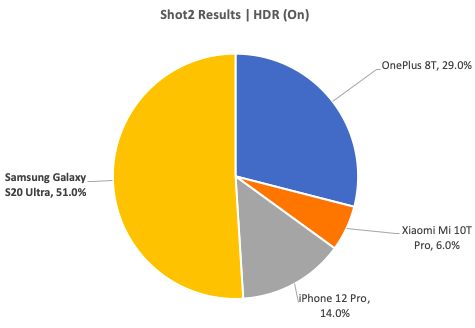 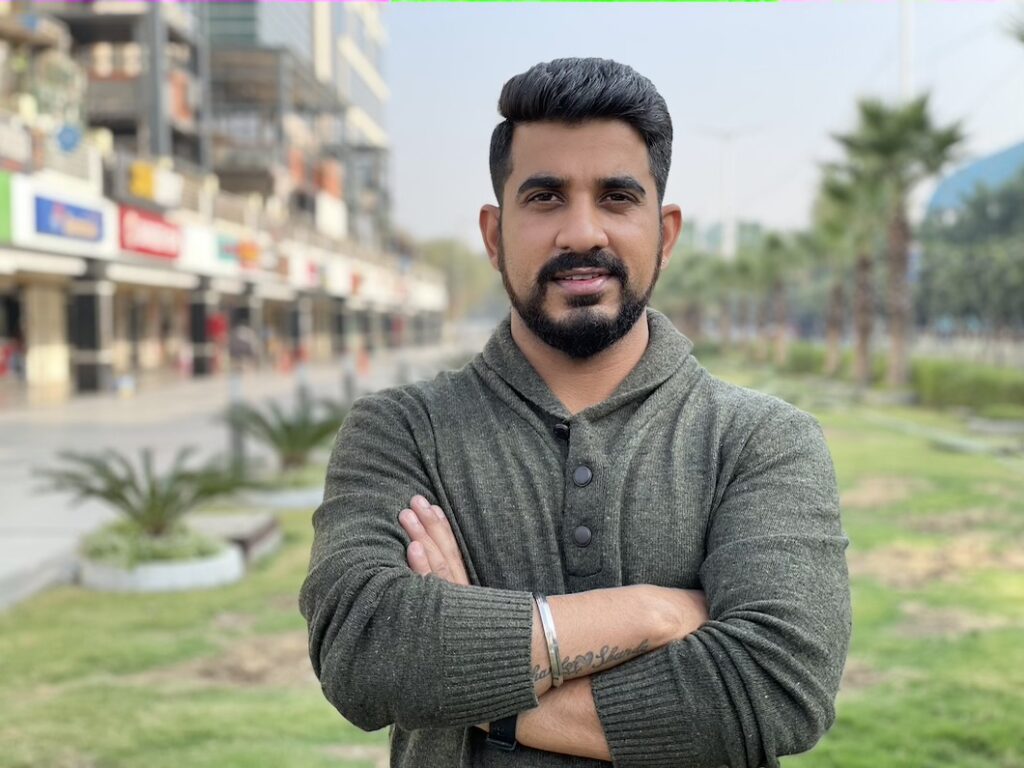 With multiple cameras on board, the portrait mode, which adds an extra layer of bokeh in your shots, is a top priority for most. This round went to the Apple iPhone 12 Pro, which was one of the first smartphone brands to introduce the feature to the mainstream a few years back, with 40 percent votes. Compared to other images in the round, the iPhone 12 Pro had the most balanced shot of them all. OnePlus 8T did come close with 35 percent votes. 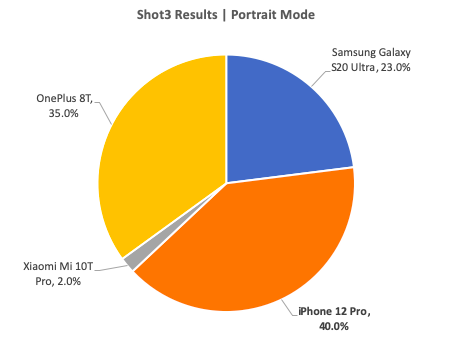 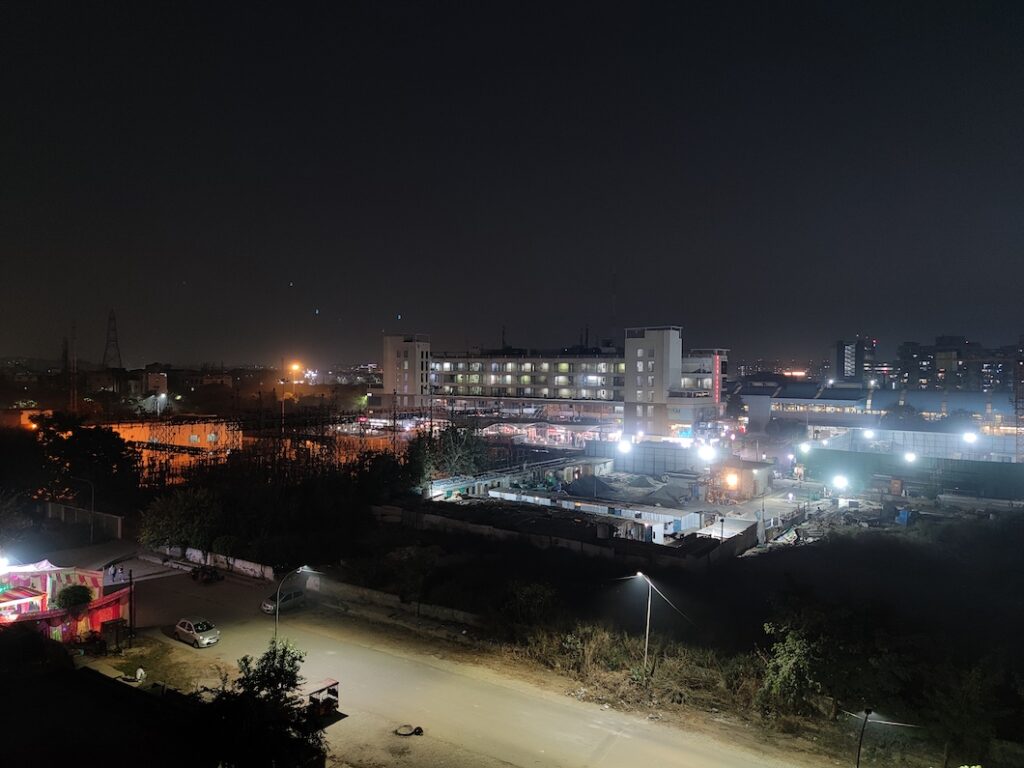 While a dedicated night mode is a nifty feature to have on smartphones today, a phone’s true low lighting prowess is judged when this enhancement is switched off. Xiaomi’s Mi 10T Pro seemed to be the crowd pleaser, with 45 percent of the votes, thanks to a night shot that had the least distortion, the best colours, and even some visible stars! Xiaomi really did wonders with this one. 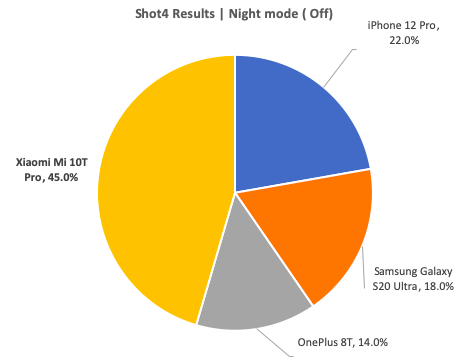 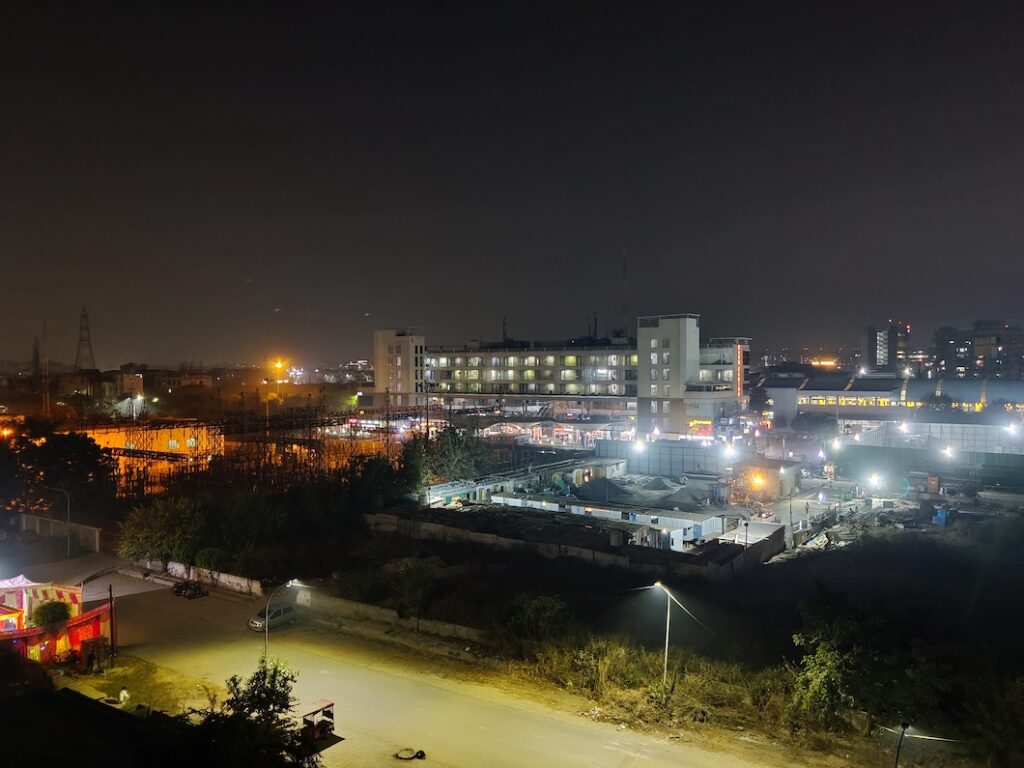 With night mode on, a smartphone camera can do wonders. But that’s only if the combination of software and hardware is perfect. The readers thought that the OnePlus 8T clicked the most balanced shot with its night mode on. The smartphone got 42 percent of the total votes, given how brightly it lit up some of the darker areas of the shot while also maintaining colour accuracy. 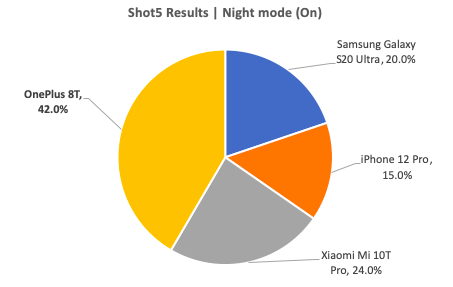 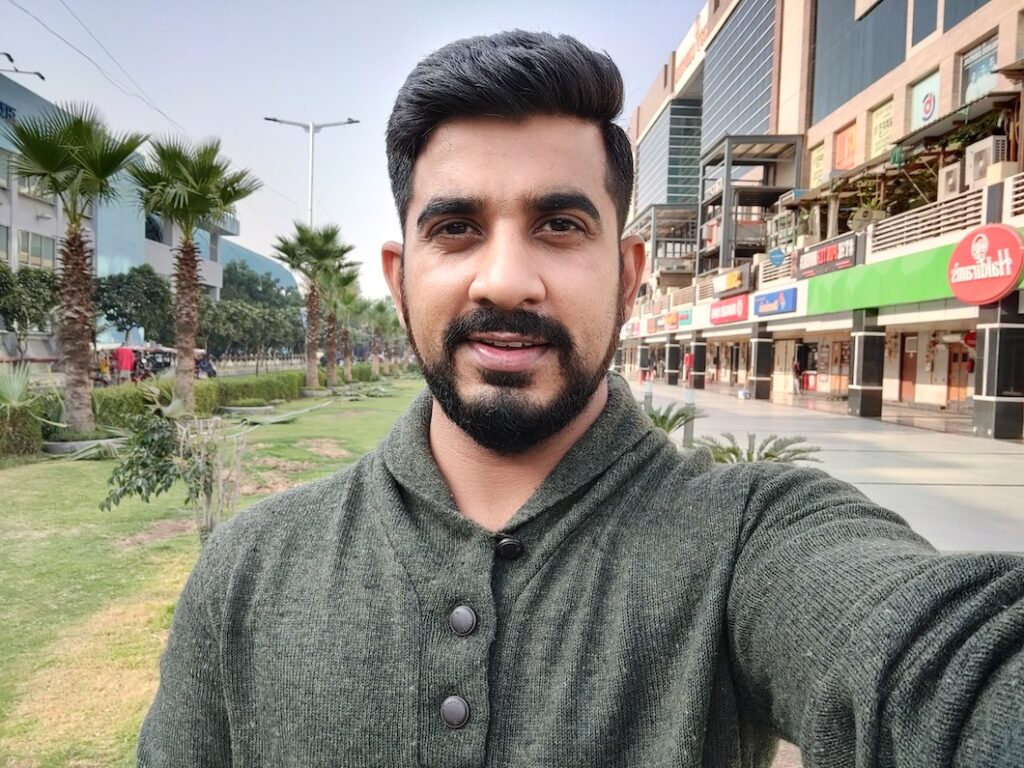 This was a tight one, with all four shots crossing the 20 percent mark. However, the OnePlus 8T managed to inch past with 31 percent of the votes, which complemented its stellar front camera. The shot had good contrast levels, no distortion, and decent amounts of bokeh effect, which make for a brilliant selfie. 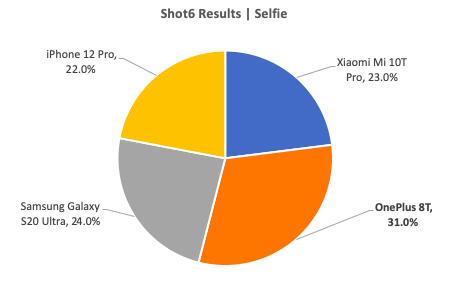 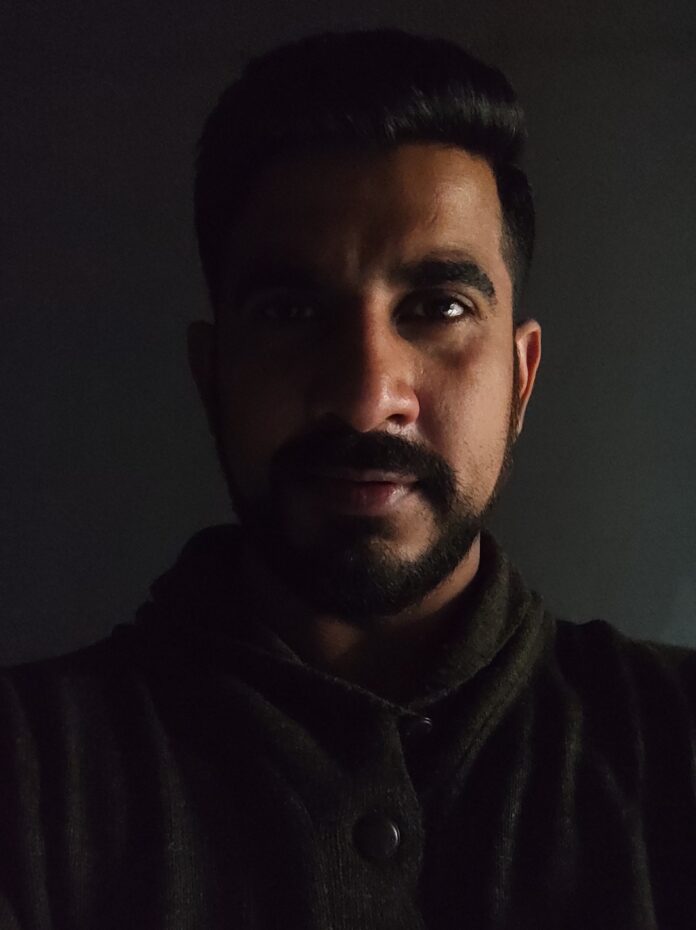 There was no doubt in the minds of readers when they voted for the Xiaomi MI 10T Pro’s front camera when it comes to clicking selfies in low light conditions. 67 percent of the readers knew that this was the only one of the lot that did not appear to be grainy. The resultant image was not blurry or hazy, and thus an immediate crowd favourite. 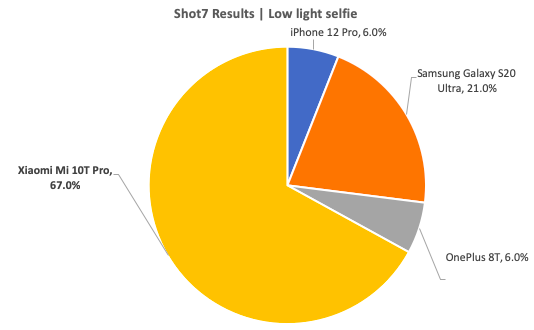 With that, we come to the end of the results of our flagship smartphone camera comparison. The results evidently show that no one smartphone among the four is the best. The Samsung Galaxy S20 Ultra, OnePlus 8T, and Xiaomi Mi 10T Pro, all managed to secure two wins each, while the iPhone 12 Pro also came home with one. This affirms the fact that each of these flagship smartphones is equipped with features that make it special in its own way.

However, a closer look at the poll results reveals that it’s the Mi 10T Pro and the OnePlus 8T that have gotten the most votes in the low-light scenarios, which is something that is supposed to be the strong point of premium flagships like the iPhone 12 Pro and the Samsung Galaxy S20 Ultra. The Mi 10T Pro for instance, has won with the highest number of votes in the auto night shot and the low-light selfie, whereas the OnePlus 8T got the most votes for its dedicated night modes. Put together, the OnePlus 8T and Mi 10T are leading in four out of the seven shooting scenarios, beating their pricier rivals. Just to reiterate, note that these results represent the reader’s choice, who expressed their voices via the poll.

We shall be back soon with another such mega blind camera comparison. Till then, stay tuned.