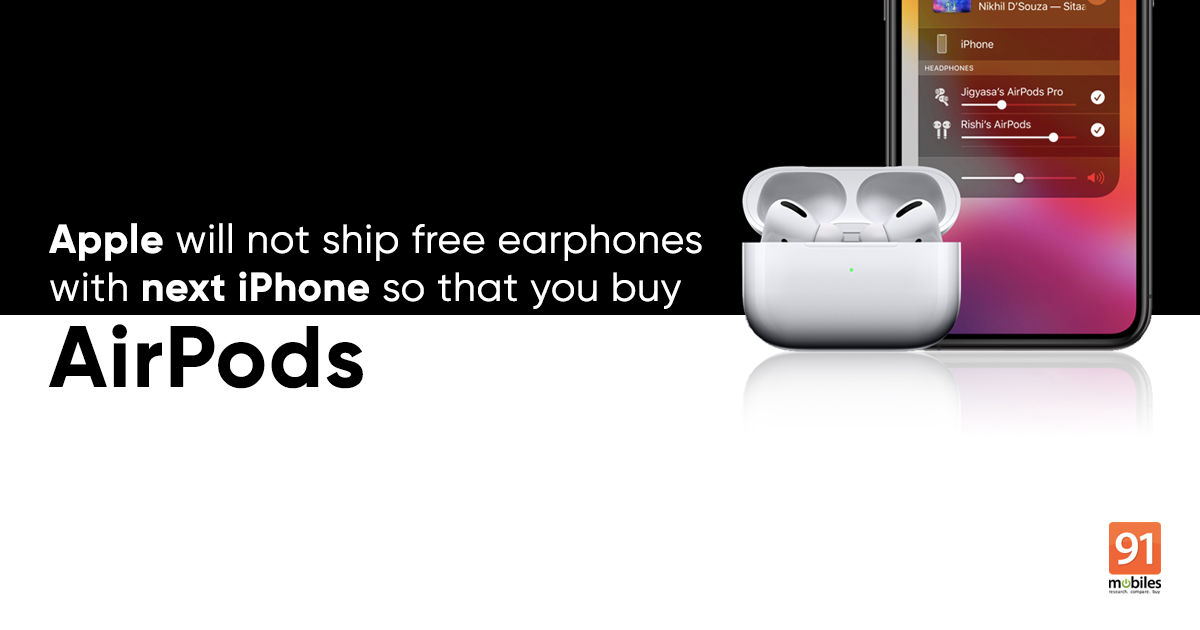 Since the launch of first iPhone in 2007, Apple has always bundled EarPods with the new iPhone units and for a brief while, the brand even included the 3.5mm to lightning adapter in the box. The adapter later become excluded from the box, which turned out to be a great money-making idea from Apple. It now seems like the tradition of including free EarPods with new iPhone units is about to come to an end as well-known Apple analyst Ming Chi Kuo has reported that the Cupertino-based company might not offer free wired earphones with the iPhone 12 series, which is expected to launch later this year. Presumably, this might be a tactic from the company to boost the sales of AirPods going forward.

The company’s aim to boost sales for AirPods is further suggested by Kuo as he reports that Apple might “heavily promote or discount the AirPods this holiday season,” as per a report by 9To5Mac. Kuo has also shared that no new models of AirPods or AirPods Pro are expected to be launched until 2021.

This could potentially be the company’s way of slowly discontinuing lightning port accessories as well. There have been several reports over the years that Apple is planning products with eventual aim to remove all ports from the iPhone and turn all its accessories into wireless products. This strategy can also be seen in practice as the brand removed 3.5mm jack and replaced it with lightning port, which could be used for charging as well as an audio accessory. We will have to wait and see if Apple will eventually bundle the free wired earphones with its phones, which fall in the premium category if we go by the price, later this year. Stay tuned in for more updates.