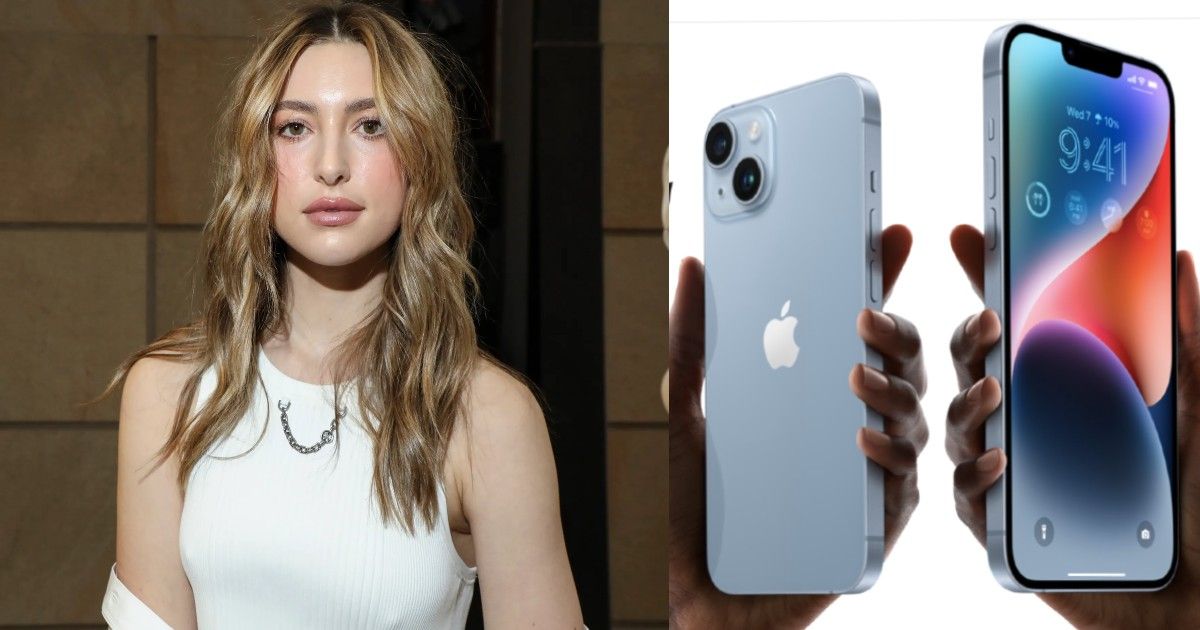 Soon after the launch of the iPhone 14 series, new Apple smartwatches, and AirPods Pro 2 by during Apple’s Far Out event on Wednesday, Steve Jobs’ daughter Eve Jobs took a jibe at the new iPhone 14 series. She shared a meme on her story through her Instagram account that called the brand new iPhone 14 the same as its predecessor iPhone 13.

The meme showed a man holding a shirt in his hand which is exactly similar to the shirt that he is wearing. The text on the meme further stated “Me upgrading from iPhone 13 to iPhone 14 after Apple’s announcement today.” 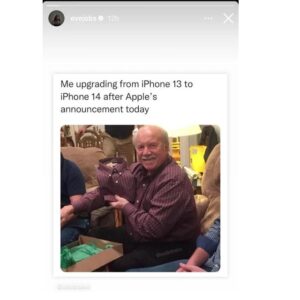 Apple, and most other brands, are on the receiving end of social media trolls post high profile launches. Apple mostly keeps the same iconic design for its iPhones for at least three to four years and consequentially, users get to see similar looks of different generations. However, Apple has always managed to revamp the internal core components and hardware of its new products as compared to its predecessors.

Both the vanilla iPhone 14 and iPhone 13 come with the A15 Bionic chipset, albeit Apple claims the latest series has an enhanced and more efficient version of the chipset.

The iPhone 14 Pro and iPhone 14 Pro Max come with the A16 Bionic chipset and a brand new Dynamic Island which replaces the much-talked about notch. It is a pill-shaped dynamic area on the display unlike the typical notch which displays user alerts. Contrary to rumours, Apple did not raise the price of the iPhone 14 series, with the vanilla iPhone 14 starting at Rs 79,900 in India. However, the starting price of the range has risen courtesy Apple dropping the iPhone mini and choosing a larger Plus model instead.

In case you want to know more about the iPhone 14 India prices and specs, head to our coverage right here.

iOS 16 update: these iPhone models will not get battery indicator, connecting fake AirPods will trigger alert

5G speed in India to be at par with professional computers during launch phase: expect upto 600Mbps