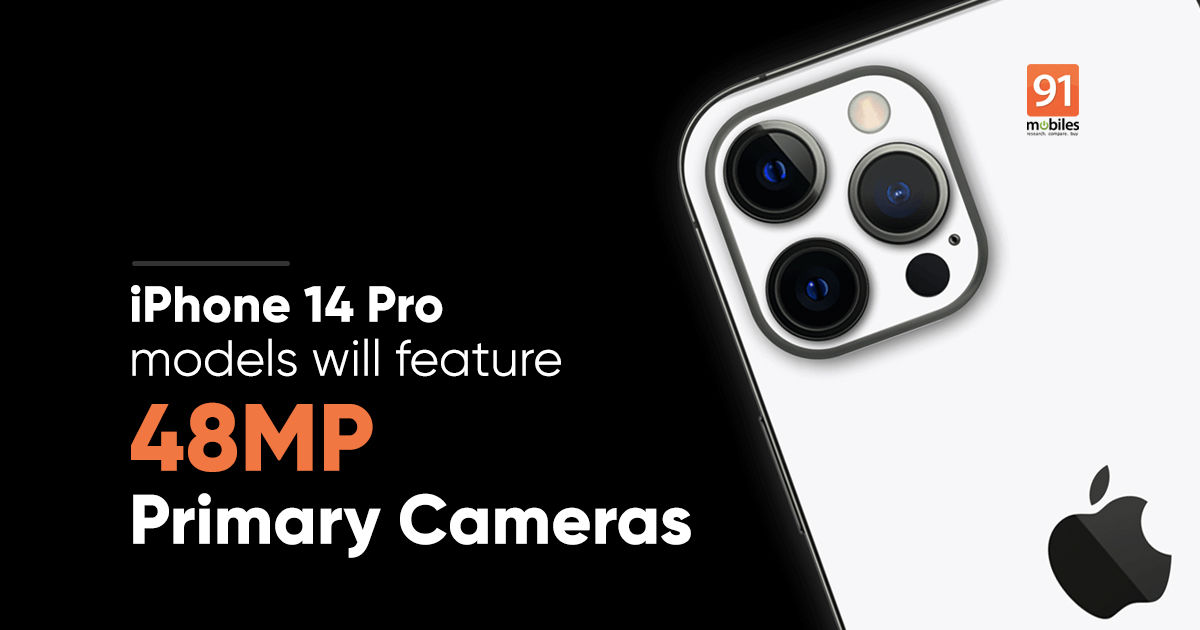 The 2022 Apple lineup with see some exciting changes, including long-awaited upgrades in camera resolution, according to noted TFI Securities analyst Ming-Chi Kuo. Apparently Apple is planning to upgrade the iPhone 14 Pro and iPhone 14 Pro Max models with 48MP camera sensors, a massive jump over the 12MP lenses used on the current lineup (and expected to continue on the iPhone 13 series). On the other hand, the iPhone 14 series will reportedly mark the end of the 5.4-inch iPhone mini. Instead, the Cupertino giant will offer entry-level 6.1-inch iPhone 14 as the entry-level model in next year’s lineup.

According to Kuo, as reported by 9to5Mac, the iPhone 14 Pro and iPhone 14 Pro Max will feature 48MP sensors on the primary lens. However, it’s not necessary that the images these phones will shoot will be 48MP in resolution. Instead, Apple may use a smart scaling algorithm that will deliver 12MP photos but with more details and less noise than what you see on shots captured using the current model. The pixel size on the iPhone 14 Pro and Pro Max models will also go up from 1.7micron (in iPhone 12) to 2.5micron; the iPhone 13 series will reportedly have 2micron pixel size. This upgrade will help in reducing noise in the photos.

It is not clear yet whether the standard iPhone 14 models will also be upgraded to 48MP primary sensors. However, Kuo does say that all four models in the 2022 series will support 8K resolution, a first for Apple even though Samsung and Xiaomi already offer the feature on their flagship smartphones.

iPhone ‘mini’ line to be discontinued

iPhone 12 mini is the smallest model in Apple’s flagship lineup and features a 5.4-inch display

Launched the 5.4-inch iPhone 12 mini was designed to appeal to compact phone enthusiasts, but it seems like there weren’t enough takers. While we already knew that Apple has axed the production of current-gen iPhone 12 mini, rumours of the iPhone 13 mini launch in 2021 still gave hope for the lineup. However, Kuo says 2022 will not see any ‘mini’ model.

Separately, 91mobiles has exclusively shared renders of the upcoming iPhone 13 Pro, revealing the flagship’s entire design in its full glory. Firstly, in line with the reports, this year’s iPhone will have a smaller notch compared to the iPhone 12 models. The company has reduced the notch by moving the earpiece above the sensors. The iPhone 13 Pro will retain the boxy frame and triple rear cameras. It has a bigger square-shaped rear camera module compared to the one on the iPhone 12 Pro. The iPhone will measure 146.7 x 71.5 x 7.6 mm and may have a similar 6.1-inch display.