Home News iPhone 9 Plus with A13 Bionic to launch later this year? iOS... 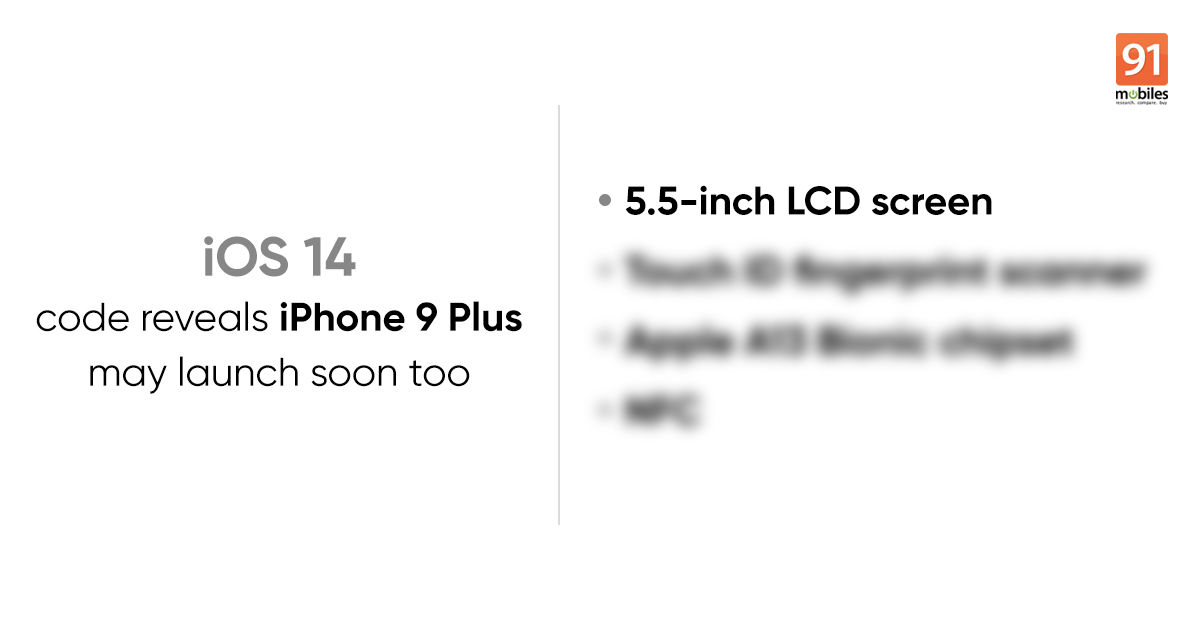 “iPhone 9 and iPhone 9 Plus are expected to come with A13 Bionic chipset, Touch ID sensor, and Apple Pay support”

iPhone 9 has been part of the rumour mill for the past couple of weeks and there have been leaks about how its launch is reportedly delayed owing to the current coronavirus outbreak across the globe. Several details about the phone have surfaced online. Now, 9to5Mac has discovered evidence of Apple iPhone 9 Plus in the iOS 14 code as well and this model might fill in the shoes of iPhone 8 Plus. This is the first time we’re hearing about a bigger-sized iPhone 9 Plus, as supply chains had only revealed information about the 4.7-inch iPhone 9 up until now.

The Apple iPhone 9 Plus could feature a 5.5-inch display, Touch ID sensor in the solid-state Home button, and a familiar design. The phone could ship with the same A13 Bionic chipset, used on the iPhone 11 family. The report also suggests that the phone would support Apple Pay, Express Transit feature and the ability to scan NFC tags in the background. It’s possible the plus variant may come with dual-rear cameras, similar to the iPhone 8 Plus. Unfortunately, Not much else is known about the iPhone 9 Plus just yet, but reports suggest Apple is planning on unveiling the low-cost iPhones in the second half of the year.

As for the Apple iPhone 9, it is expected to come with 3GB RAM and 32GB internal storage for the base model, a single rear camera and is likely to run on iOS 13 out of the box, which could also be the case with the iPhone 9 Plus. The phone is said to be priced at $399 (around Rs 29,500). We should know more details going forward.