91mobiles.com
Home News After iPhone 12 launch, Apple may bring about a huge change 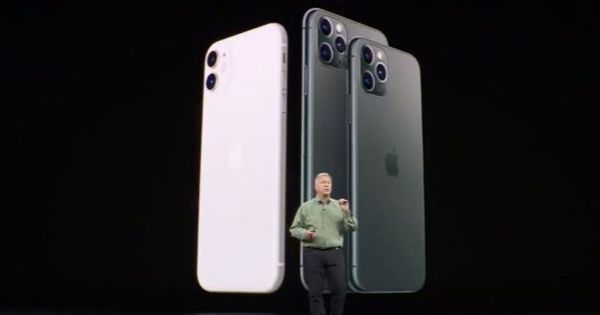 Apple may have a shift in strategy following the next year’s iPhone 12 series launch, which is expected in September 2020. The Cupertino-based firm will reportedly be moving away from its age-old practice of releasing new iPhones once a year. From 2021, Apple is tipped to release a new iPhone twice a year. This means the successor of the iPhone 12 series could be unveiled as early as in first half of 2021. “It is intended to continue to grow the iPhone industry in the stagnant global smartphone market and expand its influence in the 5G mobile telecommunication era,” according to South Korea’s ET News.

In addition to this, Apple is said to have lined up as many as four smartphones for 2021 iPhone series. This will be unlike the 2020 iPhone lineup, which is expected to include iPhone 12 series and iPhone SE 2. A couple of 2021 iPhones – which will be 5.4-inch and 6.1-inch in sizes and sport OLED panels – will be launched in the first half, while the 6.1-inch and 6.7-inch iPhones – again with OLED screens – will be unveiled in the second half.

“We are planning to develop two models in the first half of 2021 and two models in the second half of the year,” an official was quoted as saying by ET News. The report further added that the iPhones released in the first half will be low-end, while the second half will be a flagship product with the latest technology. These flagship models could be the ones compatible with the upcoming AR/VR headset, also rumoured to launch in 2021.

“It is highly likely to apply low-temperature polycrystalline oxide (LTPO) technology to flagship products in the second half of 2021,” per marketing research firm Stone Partners. The LTPO is said to be the next-generation display technology that uses significantly less power compared to the existing display tech.

The iPhone 2021 specifications are vague at the moment, but we can tell you it’ll be a follow-up of the iPhone 12 series. The latter is expected to come with a number of changes – foremost among them is the introduction of 5G and phasing out LCD panel. Even the affordable version of the iPhone 12 series is expected to feature an OLED panel. There will be three smartphones in the lineup that’ll flaunt iPhone 4-like design and slim notch. The top-end model of the iPhone 12 will allegedly sport quad-rear camera setup, with 3D ToF lens for better portrait shots.

The handsets will most likely be powered by Apple’s A14 Bionic chipset and run iOS 14 out of the box. Rumours are rife that the iPhone 12 offerings may mark the return of Touch ID; however, this time it could be underneath the display. That’s all the information we can divulge at the moment.