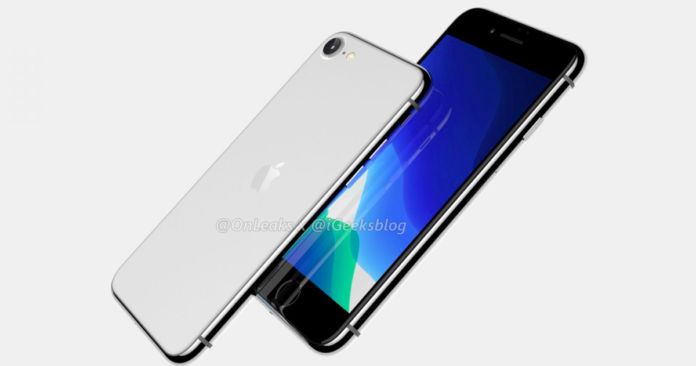 “iPhone SE 2 is expected to ship with iOS 13, A13 Bionic chipset paired with 3GB RAM and up to 128GB storage, and single rear camera”

iPhone SE 2 is expected to launch in the first half of 2020 and is widely-believed to bring an iPhone 8-like design with Touch ID. Now, citing supply chain sources, MacOtakara reports that Apple might be developing Face ID version of the iPhone 8 follow-up alongside already working on the much-rumoured iPhone SE 2 with Touch ID technology. The rumoured handset is said to sport a 5.4-inch display in a form factor similar to the iPhone 8. To recall, the iPhone 8 brought a 4.7-inch display. This suggests the iPhone SE 2 bezels won’t be as thick as what you find on the iPhone 8. We can expect slimmer bezels on the top and bottom, but perhaps not as nearly bezel-less as the latest iPhones.

Furthermore, on the rear, it is expected to have a “much bigger” camera module compared to the iPhone 8 both in terms of megapixel count and physical size. The True Tone flash is said to make a return. This updated version of the iPhone 8 is expected to ship with the Apple A13 chipset paired with 3GB of RAM and 64GB/ 128GB storage options. However, this particular report is confusing considering the new iPhone that will be launching in Spring this year up until now is either termed as iPhone SE 2 or iPhone 9 and would feature Touch ID with a design almost identical to iPhone 8. The recent renders leak didn’t suggest slim bezels.

iPhone SE 2 is expected to help Apple bolster sales of iPhones and is predicted to ship anywhere between 2-4 million devices every month with a total of 30 million devices expected to be sold by the end of 2020. Rumours are rife that the iPhone SE 2 will be using Liquid Retina display with HD resolution and would measure 138.5 x 67.4 x 7.8mm (8.6mm, including rear camera bump). It’s believed to be priced at $399 (about Rs 28,000) for the base variant.