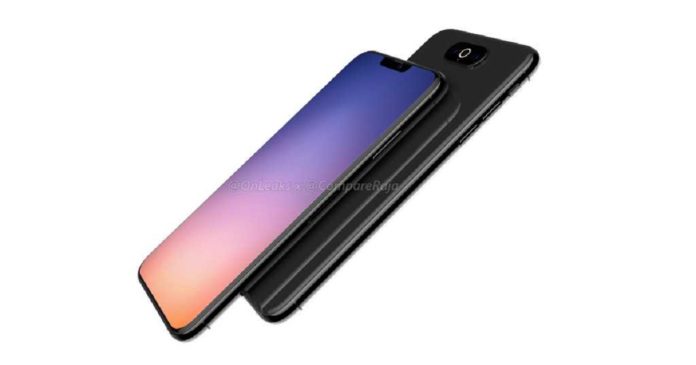 “Apple’s next iPhone is still several months away, but rumours and leaks have already started to surface online”

iPhone XI leaks have been doing the rounds over the last couple of weeks, with two separate renders revealed by well-known tipster @Onleaks. The handset will succeed the iPhone XS (review) and it could feature a radical redesign, at least on the back, with the vertically-stacked dual camera sensors on the back giving way to triple rear cameras. Now, a new report from OnLeaks, in partnership with CompareRaja, claims to have details of the camera configuration and connectivity upgrade of the upcoming iPhone XI.

According to the report, the iPhone XI will feature a 10-megapixel front camera for selfies and video calls, with improved Face ID tech with a new flood illuminator. The notch on the prototype seems to be smaller than the current models. It has been a while since Apple has upgraded the front facing camera on the iPhone. Even the latest iPhone XS and XS Max are using a 7-megapixel unit. Therefore, an upgraded selfie camera could definitely happen.

As for the rear cameras, the report claims iPhone XI will feature triple camera sensors, two of them with 10-megapixel and 14-megapixel resolution. The third sensor’s resolution is not yet known. It also states that Apple will change the internal design of the new iPhone due to the placement of the rear camera. The new iPhone XI is said to feature a square battery and the logic board will be placed above the battery.

Also, there have been rumours suggesting that Apple will get rid of the Lightning port in upcoming iPhones in favour of USB Type-C port. However, those rumours apparently won’t come to pass. According to the report, the next iPhone will continue to use the Lightning connector.

We would like to ask you to take all of this with a pinch of salt. There is no guarantee or confirmation that any of this will come true. The iPhone XI, if that’s what it will be called, is several months away and more leaks and rumours will start appearing online.