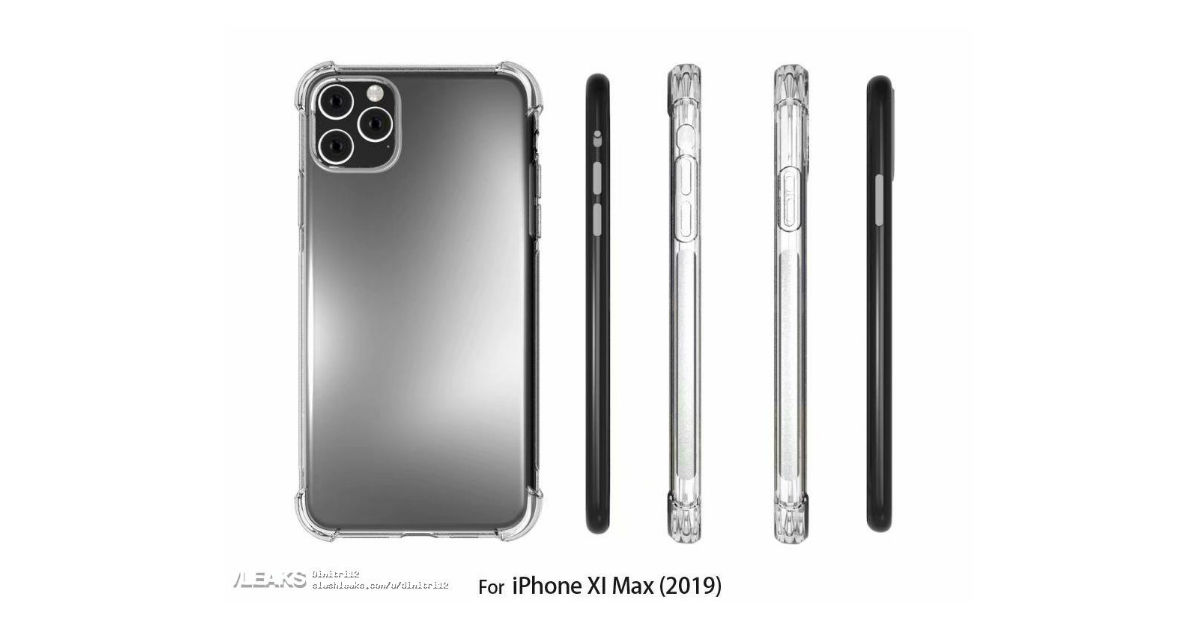 Apple is rumoured to introduce three new iPhones later this year. Though the launch is still a few months away, the rumour mill doesn’t seem to rest. It could be the first time the Cupertino giant introduces iPhones with triple rear cameras. Continuing the leaks, alleged cases of the upcoming iPhone XI Max and iPhone XI leaked online, courtesy of SlashLeaks. These reiterate and show off the rear camera setup in a Huawei Mate 20-like square module on the back panel. It looks like Apple is determined to retain the square design for all its 2019 iPhones, as the iPhone XR 2019, which is rumoured to rock dual rear cameras, also pack a familiar design.

Furthermore, the new case renders reveal an overall familiar design, including the placement of the hardware buttons. From the front, the new iPhones look identical to the current iPhone XS and XS Max. Rumours suggest that 2019 iPhones will continue to feature a 5.8-inch display for the standard variant and a larger 6.5-inch screen on the Max model. However, these are said to rock slightly thinner bezels than the current models and reduced notch sizes, thanks to Face ID improvements. The latest iPhones are likely to be powered by the Apple’s A13 Bionic chip and run on iOS 13.

It is also speculated that Apple will be sticking to the lighting connector and could bundle with 18W fast-charging adaptor in the box. Other noted changes could include larger battery capacities, reverse wireless charging ability, and more. The triangular triple rear camera setup, which seems to have a slight camera bump, consists of a standard sensor, an ultra-wide angle unit, and a telephoto unit; all the three might be 12MP sensors made by Sony. The front camera is said to be upgraded to a 12MP selfie snapper.

Since the launch is still five months away, we are bound to come across more details. Stay tuned for further updates.